The New Orleans Pelicans are expected to draft Zion Williamson with the No. 1 pick after landing the top spot in Tuesday's NBA draft lottery, but the star prospect could force his way to another team.

Brian Windhorst of ESPN spoke about the situation Wednesday on ESPN's The Jump (at the 3:10 mark):

"He does have some options. I'm not saying he's going to pick these options, but he has not signed with an agent and he has not signed a shoe deal yet," Windhorst explained. "He could threaten to go back to Duke."

He also noted that "it's a conversation that's happening in the NBA right now."

Both Windhorst and Richard Jefferson predicted this would be unlikely, although Rachel Nichols compared it to Eli Manning pushing his way to the New York Giants on draft day after saying he wouldn't play for the San Diego Chargers.

It was a surprise when the Pelicans won the lottery considering they came in with just a 6 percent chance to get the first overall pick. This was a disappointment for Williamson, who was rooting for the New York Knicks, according to Marc J. Spears of The Undefeated.

Spears wrote he was "quickly whisked out of the room" after the announcement was made.

Williamson also enjoyed his freshman season at Duke, dominating at an individual level with averages of 22.6 points, 8.9 rebounds, 2.1 steals and 1.8 blocks per game. He won both the Wooden Award and the Naismith Award as the best player in college basketball.

He could have sat out the rest of the season to prepare for the draft after suffering a knee injury, but he decided to come back without much hesitation.

"It wasn't even a thought," he told Franklyn Calle of Slam Online. "It was probably something we looked at, somebody saying I should sit down—haha, that's funny. I'm coming back."

He clearly wasn't afraid to play for free while risking injury once, leaving open the possibility he'd do it for another year.

Were he to do this to force a trade, however, the Pelicans would likely want to call his bluff. 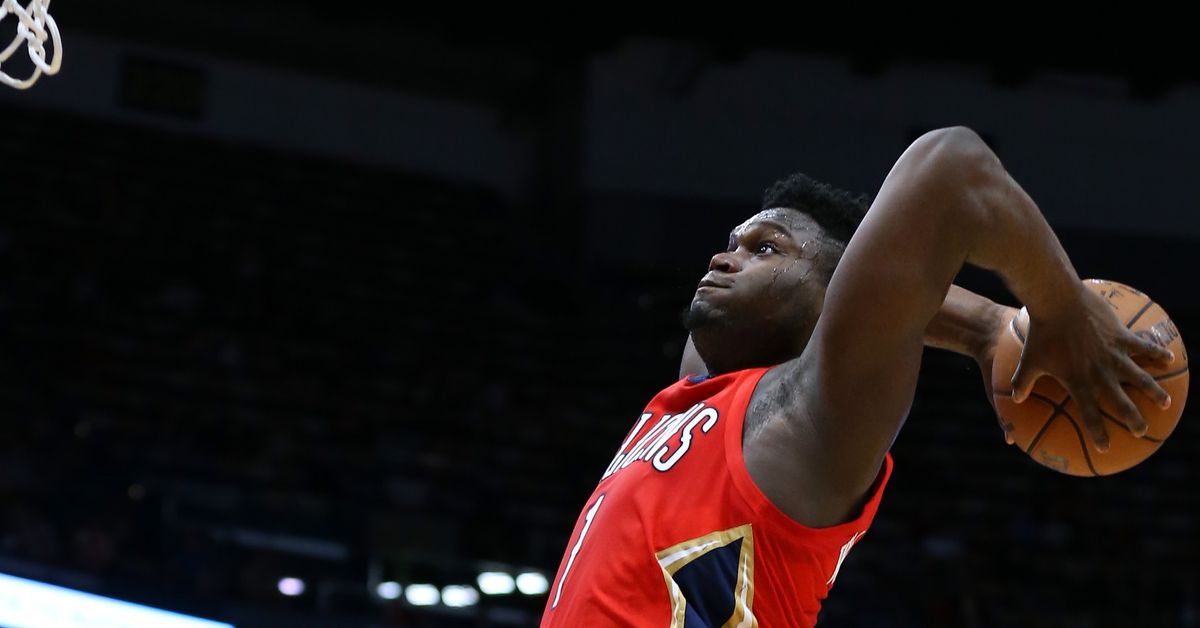