The 144th running of the Preakness Stakes is set for Saturday, so the horses and their jockeys are eagerly awaiting the post-position draw for the race that will commence on Wednesday.

While post positions in the Kentucky Derby were vital for the horses and their chances to win, it's not as important at the Pimlico Race Course in Baltimore where the Preakness takes place.

Here's what you need to know to be able to keep up with the draw, as well as watch the race itself:

Here are the horses that are expected to be in the entry lineup and who await their starting positions:

Horse racing fans everywhere may not be as excited for the Preakness as they have been in years past, as they know there's no chance for a Triple Crown winner.

Only four horses that ran in the Kentucky Derby will be participating in the Preakness, and that doesn't include awarded-winner Country House, who is ill and won't be racing. The first horse to cross the finish line at the Derby—Maximum Security—will also not be racing at Pimlico either.

Improbable, War of Will, Win Win Win and Bodexpress will be the only four horses to race in the first two legs of the Triple Crown.

Right now, Improbable sits at the top of the lineup with a 2-1 odds to win the race, according to Oddschecker.

Bob Baffert's horse came in fourth at Churchill Downs, after being projected as a top three horse for the majority of the time leading up to the Run for the Roses. Award-winning trainer Baffert was unable to capture his sixth Derby title, despite having three horses in the race. He will hope to earn his eighth Preakness title and 16th win in a Triple Crown race on Saturday with Improbable.

All three horses that finished before Improbable will be sitting out at the Preakness, which bodes well for the horse and his jockey Mike Smith. Smith is no stranger to success at Pimlico, as he rode Justify to the finish line—and eventually the Triple Crown—at last year's Preakness.

Where Improbable may struggle, as he did in the Derby, is if he draws an outside post and loses position in a crowded field, as he did at Churchill Downs.

Following Improbable, the other top horses are War of Will, Alwaysmining and Win Win Win.

Win Win Win finished ninth in the Derby, while War of Will was at the center of the controversy that got Maximum Security's win disqualified. War of Will bumped with Maximum Security down the stretch when their legs became entangled, causing him to first finish eighth and then seventh after the eventual disqualification.

This is the video that best shows the Maximum Security veer to the other lane https://t.co/LILWTGDaox

Alwaysmining did not run in Louisville but has shown impressive success in his victory at Laurel Park, which is just 30 miles from Pimlico.

These four horses will surely put on an impressive show this Saturday. As we saw at the Kentucky Derby, anything is possible, and any of the horses competing have a chance at taking the Preakness. 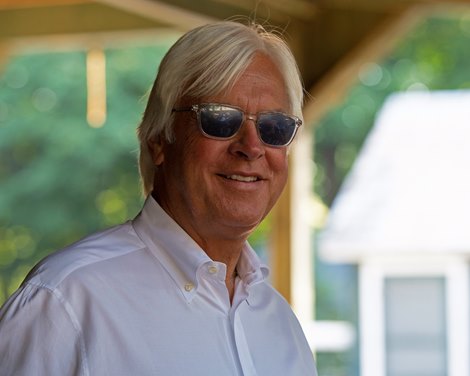 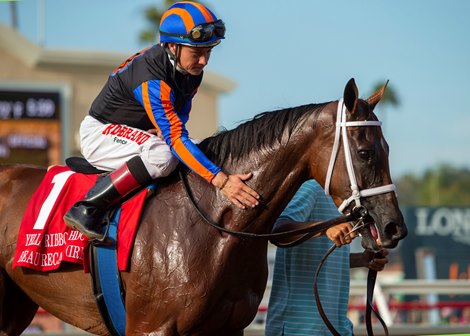