If there was one common reaction around the NFL to the Jets' decision Wednesday to fire general manager Mike Maccagnan—the result of a power struggle coach Adam Gase won—it was this: The Jets are clueless.

That's a little like saying water is wet. The Jets exist in a state of perpetual cluelessness. The Jets are to cluelessness what John Wick is to mobsters who kill his dog.

But the decision to jettison Maccagnan after giving him almost an entire offseason to shape the Jets roster has more than a few teams mocking the franchise.

The struggle for front office power between Gase and Maccagnan that led to the firing is no surprise. I've heard rumors of this squabble since not long after Gase got hired. A lot of people have. That the two were at odds was one of the league's worst-kept secrets.

But no one imagined the team would allow Maccagnan to run free agency, sign Le'Veon Bell, run the draft and then fire him. If Maccagnan was worth firing, then why let him stay, make all those moves and impact the franchise for maybe a decade to come? You don't throw water on a building three months after it's burned down.

The team even let Maccagnan run the search that saw Gase become the head coach.

That is an extraordinary level of incompetence. The Jets are damn legends.

"They remain a laughingstock," one NFC front office executive said. "The two steps forward, one step back franchise."

This is why even when it appears they are on the right path, the Jets are difficult to trust. They had a good draft. Signing Bell was smart. They were moving forward.

Then they do this.

There's a reason that since 2000, the Patriots—the Jets' key rival—have had one head coach while the Jets have had six head coaches and four general managers.

Across a thousand different universes and trillions of timelines, there remains one constant in the cosmos. The Jets do dumb stuff.

One of the biggest issues teams are struggling with about this story is how the Jets allowed Gase to win this fight. (And make no mistake, Gase got Maccagnan fired, according to numerous team officials. Manish Mehta of the New York Daily News reported that one of the disagreements between Maccagnan and Gase was that Gase didn't want Bell.)

Usually when a coach wins a power struggle with the front office, the coach is accomplished. Think Andy Reid.

Gase has done nothing, absolutely nothing, to warrant the ability to win any power struggle. In three years with the Dolphins, he was 23-25 with one playoff appearance. Nothing Gase did in Miami was special. His coaching style was neither particularly creative nor effective. He was remarkably ordinary.

It's not that Maccagnan was scary-good at his job; he wasn't. It's not that Gase is now the official GM; he isn't (he's the interim).

It's just the dysfunction of it all.

The two steps forward, one step back team.

What happens next? ESPN's Adam Schefter reported that Joe Douglas, the Eagles' vice president of player personnel, and NFL Network draft analyst Daniel Jeremiah are close friends and could be a package deal to lead the Jets' front office.

No matter what happens, it appears Gase will have a say. He is the interim GM, after all, as unusual a move as that is. The input Gase is likely to have on personnel decisions is the kind of power coaches like Bill Belichick and Jon Gruden have.

Except Belichick has won 850 Super Bowls. Gruden has won a Super Bowl, too, even if it was with Tony Dungy's players in Tampa.

Gase finished 10-6 one year in Miami.

The good news for the Jets is that on the field, there are things to be excited about. Bell is a major weapon, and they have building blocks, such as first-round draft pick Quinnen Williams.

But each time we see the Jets do something smart, they punch themselves in the face. They just can't help it.

They are, after all, the Jets.

Veteran Ted Ginn Jr. joins Adam Lefkoe on The Lefkoe Show to discuss why he thinks he's still the fastest WR in the NFL, how Beyonce cost him a Super Bowl and why Sean Payton and Drew Brees are the best duo in the NFL. 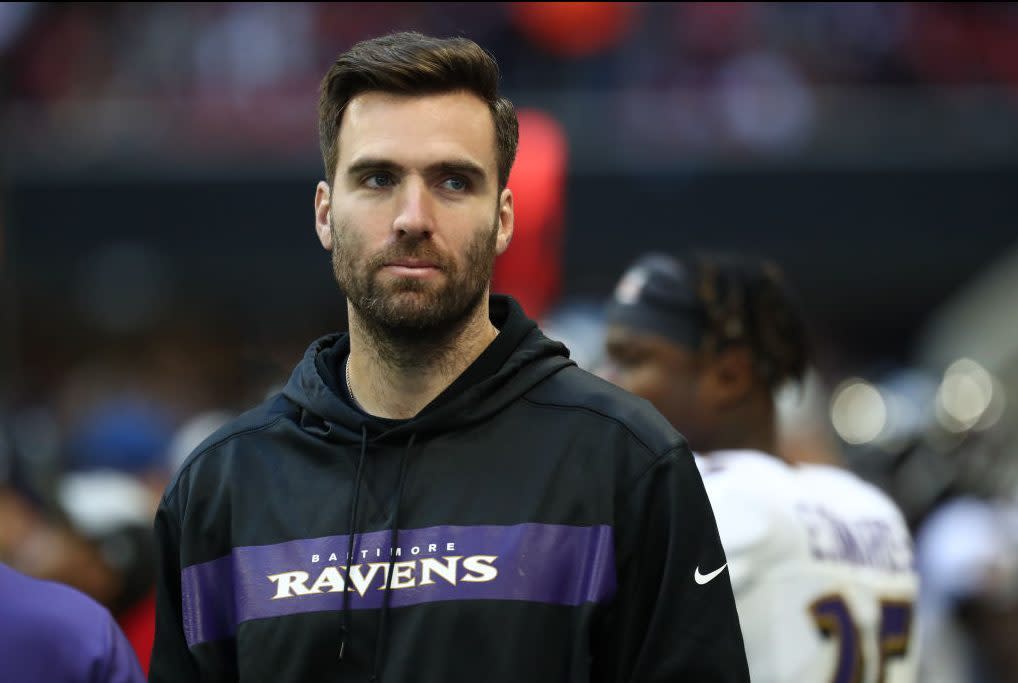