Bleacher Report aired its first-ever Game of Zones episode just over five years ago. Even then, San Antonio Spurs coach Gregg Popovich stood in for the Night King. Even then, the joke was that the Spurs never die. And even now, in 2019, without Tim Duncan, Tony Parker or Manu Ginobili, the Spurs refuse to go away.

After suffering an 18-point loss to the second-seeded Denver Nuggets in Game 5, San Antonio found itself down 3-2 in the series and on the brink of elimination in Game 6. But at the start of Thursday's fourth quarter, the Spurs marched on Denver like it was Winterfell.

The Nuggets were down five when the final frame started. The lead swelled to 20 in just over five minutes of game time. Threes from Rudy Gay, Marco Belinelli and Bryn Forbes highlighted the run. And the fact that it was the "others" highlights what Popovich has done this season.

After suffering a torn Achilles at age 30 in 2017, the already-polarizing Gay was largely written off. 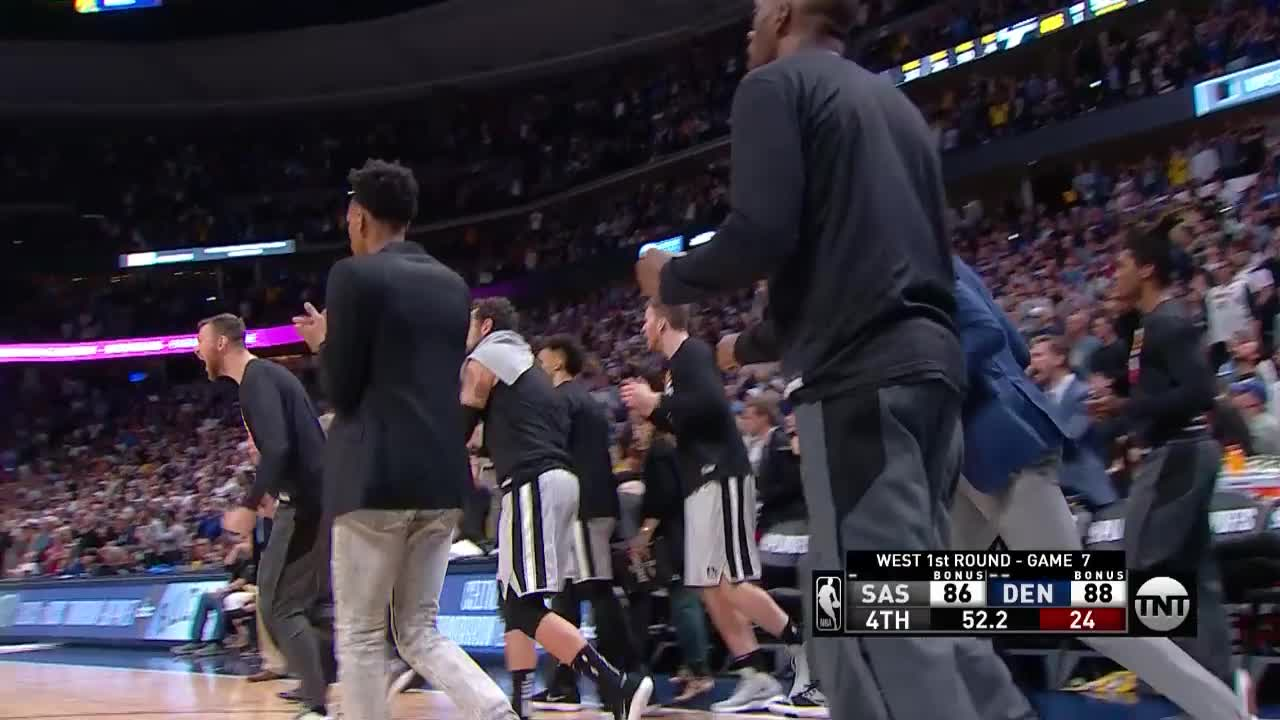 But then he signed with the Spurs.

His box plus-minus (0.7) and win shares per 48 minutes (.118) with San Antonio are both higher than his career marks.

Belinelli's box plus-minus with the Spurs is better than it is with any of the other eight teams he's suited up for.

And after Forbes went undrafted in 2016, he was plugged into the Spurs machine (or, zombie horde) and worked his way from summer-league fixture to 81 starts in 2018-19.

We could go on and on with examples like this. These three just happened to be featured Thursday; the oft-maligned vet, the journeyman and the undrafted gem. Really, it doesn't matter where you come from or what your story is. If you can play and you're willing to accept the Popovich way, you'll be successful in San Antonio.

Beyond the individual players he's helped, Popovich's list of accomplishments in coaching is long and varied.

Those comments from an opposing coach in the middle of a playoff series were a glimpse into the reverence that the profession has for Pop.

So maybe we shouldn't be surprised that the Spurs, even as a seventh seed, have managed to force a winner-take-all Game 7 against a more talented team.

The 2010 Spurs are the only team to do it since the first round went from best-of-five to best-of-seven. Fitting, right? But that series only went six.

According to NBC's Dan Feldman, this Game 7 is uncharted territory, even for Pop:

Nos. 7 and 8 seeds have never won a Game 7. Spurs will have chance. Clippers trying to give themselves a chance, too.

And if there's one man who may be able to stop these White Walkers, it's Nikola Jokic, who just might be one of those wildlings with giants' blood in him.

In Game 6, Jokic went for 43 points, 12 rebounds, nine assists, two steals and one block. His postseason averages are up to 23.5 points, 11.7 rebounds and 9.0 assists. He's the one player San Antonio hasn't been able to do anything with.

To Malone's point, Denver's net rating (net points per 100 possessions) was 16.1 points worse when Jokic was on the bench Thursday. And you can bet the Spurs will target those minutes again in Game 7.

After years of cultivation, they have the depth necessary to do so. Popovich is one of the best at refining role players over years, so they'll be ready for moments like these. The players themselves deserve plenty of the credit, but Popovich is a master of maximizing talent.

And adding another bullet point—first coach to lead a No. 7 seed to a Game 7 victory—to that resume above would be a fitting way to commemorate the 20th anniversary of Popovich's first title in 1999.

On Saturday, one night before HBO airs its Battle of Winterfell, don't be surprised if the NBA's Night King leads his own band of undead to a successful siege of the Northwest Division's best team.