Kemba Walker hates losing. Like, really hates it. This, of course, is an emotion that all players claim, a line off the script they believe they're supposed to read. Sort of like an offseason tweet with the hashtag #riseandgrind.

But Walker is different than many of his peers. Just ask those who've been around him.

"He's the first NBA player I've ever seen, like, actually break down after a loss," said Chris Whitney, who played 11 seasons in the NBA and spent four as a player development coach with the Charlotte Hornets, where he grew close to Walker. That breakdown—which included literal crying—happened during Walker's rookie season, where the Bobcats (the franchise was rebranded the Hornets in 2014) won just seven games. Walker has learned to maintain his composure over the years, but that change has mostly been cosmetic.

"He's a guy who gets beat down by losing," said Hornets broadcaster Gerald Henderson, who played four years alongside Walker in Charlotte. The Hornets drafted Walker in 2011. They've made the playoffs just twice in the eight years since and have never advanced out of the first round despite playing in the JV league that is (or at least was) the Eastern Conference. The best teammate he's ever played with is probably…Al Jefferson? Nic Batum?

In other words, Walker has been beaten down a lot over the years, which is one of the reasons why in a summer full of consequential free-agent decisions his will be among the most fascinating to watch. Walker will be one of nearly a dozen high-level players (Kevin Durant, Kyrie Irving, Klay Thompson, DeMarcus Cousins, Jimmy Butler, Kawhi Leonard, Nikola Vucevic, Khris Middleton and Tobias Harris) set to become unrestricted free agents in July. It's a class unlike anything the league has seen since LeBron James signed with the Heat in 2010. The outcomes will trigger seismic changes across the NBA landscape.

What separates Walker from the group, though, is the paradoxical nature of his free agency. 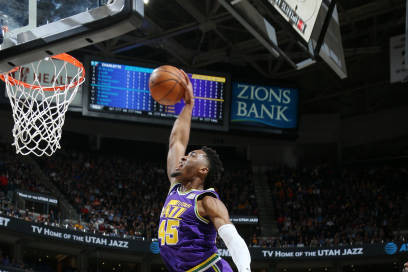 His current team needs him but might be better off with him gone. He needs help but probably can't get it if he re-signs. He's clearly worthy of a max salary now, but that contract could grow ugly on the back end. Outside of Charlotte, he’s unlikely to be any team's primary target, yet he could still find himself in the middle of a recruiting war.

"The school I come out of is, if you do the right thing and treat people the right way, things will work out," Hornets head coach James Borrego told B/R. "I've tried to treat Kemba with honesty and just coach him the right way and try to get the most out of him, the most out of this team, and I think that's what Kemba wants."

Walker's decision will primarily come down to a simple yet difficult question: What exactly does he want from his career? Is it cash or wins? Opportunity or continuity?

"I'm not sure yet," Walker told B/R after an early April practice in New Orleans. "Those are the things that I will think about when my season's over." The response could be read as innocuous, but it's also a far cry from his preseason and in-season exaltation of Charlotte.

In a way, Walker did exactly that. He averaged a career-high 25.6 points per game. He played in all 82 games—one of just 10 starters to do so. He started in the All-Star Game and could make his first All-NBA team. In the minutes without him on the floor, the Hornets played like a 28-win team, according to Cleaning the Glass. With him, they owned a point-differential of a 42-win squad.

He did all he could to pull the Hornets into the postseason, and still it wasn't enough. The question now is whether the losing has worn him down. He's talked extensively about his love for Charlotte. "It's perfect for me. The pace of the city is pretty slow, which I love. It's not fast-paced like New York," Walker told B/R's Jonathan Abrams in January. "I'm able to just live pretty much a normal life. I'm able to go out and eat and not really be bothered. Go to the mall and walk around, not really be bothered. That's what I like, personally. That's the kind of life I like to live." But did missing the playoffs for a third straight season change all that?

"Making (the postseason) was definitely a goal of mine," Walker told B/R that day in New Orleans. There were still five games remaining (four of which the Hornets won, thanks to Walker's 31.6 points per game), and they still had an outside shot at the playoffs. Yet Walker, seemingly defeated, was already talking about the season in past tense. This would be easier to characterize as inadvertent word choice if he had offered Charlotte any assurances on his upcoming decision about two weeks later following the Hornets' final game of the season.

"I don't know. I have a long time to even start thinking about that stuff," Walker told reporters. "Me and my agent will get together. Me and my family, we'll discuss that stuff when the time is right."

It certainly seems as if keeping Walker in Charlotte would require the max. This is where things get tricky. As of now, the best deal other teams can offer is four years and about $140 million. The Hornets can surpass that with a five-year deal worth about $190 million.

That can change drastically if Walker makes one of the NBA's three All-NBA teams. Receiving that honor would make him supermax eligible, meaning the Hornets could then offer him a five-year deal worth a whopping $221 million.

As for Walker's chances of earning All-NBA honors? There are six open guard spots. We can assume James Harden, Stephen Curry, Damian Lillard, Kyrie Irving and Russell Westbrook will take five of the spots. That leaves just one slot for Walker, Bradley Beal, Klay Thompson and Ben Simmons. All four have good cases.

Contradictory as it sounds, Walker being named All-NBA could be detrimental to the Hornets. "They're fucked either way," is how three (!) different NBA front-office people described the situation. Let Walker go, and, as one scout said, "They'd be like an expansion team." Ink him to the supermax and Charlotte would be diving into dangerous waters. As great as Walker is, he's proved that he's not capable of carrying a team deep into the playoffs on his own. He'll also turn 29 in May, bringing him right up to the age where players often begin declining.

"It'd be like the John Wall deal," one front-office person said. "They should have traded him last year, when his value was high. They could have just reset."

The contract would also push the Hornets right up to the tax line, a threshold team owner Michael Jordan has always avoided crossing. In other words, signing Walker would force the Hornets to run the same group back next year. "They'd be saddling themselves up to mediocrity for years," one of the front-office people said. The only path out of NBA purgatory would be Walker remaining healthy, promising prospect Miles Bridges continuing to develop, and Charlotte finding Walker a worthy No. 2 next summer, when the weighty contracts of Marvin Williams, Bismack Biyombo and Michael Kidd-Gilchrist ($45 million in total cap space) come off the books.

"The surrounding pieces aren't so bad," another of the front-office people said. "They just need another guy in there so they can all slide down a role."

The Hornets could play around a bit and try offering Walker a five-year, less-than-max deal while still ensuring that whatever number they propose is greater than what he could fetch on the open market. But those kinds of games are dicey. In July 2016, Al Horford rejected a five-year, $136 million deal from the Hawks in favor of a four-year, $113 million one from the Celtics because he was irked by his current team offering him less than the max.

The offers will come. More teams have put their eggs in the free-agent basket than there are players to fill all those spots. Think of this upcoming NBA summer like a game of musical chairs. Not everyone can have Durant or Kyrie. Someone will be left in the lurch, and Walker will be sitting there, ready to be wooed.

Walker is not quite a "best player on a championship team," but he's in the tier right below. He's a dynamic and explosive scorer, capable of single-handedly carrying an offense. He's become one of the league's most deadly off-the-bounce shooters (35.6 percent this season on six per game, the second-most in the league). He can drill jumpers with a hand in his face and is crafty in the paint. No ball-handler ran more pick-and-rolls this season (Walker ran 11.8 per game), and the 1.01 points per possession he generated on those sets ranked in the 90th percentile, according to NBA.com. He was the Hornets offense and yet rarely turned it over.

That combination of heavy lifting and efficiency puts Walker on the edge of the league's top-25 players. The thought of him being granted the freedom to occasionally operate against rotating defenses as a secondary playmaker is tantalizing.

Walker has shown that he wouldn't mind intermittently playing off the ball. "When Jeremy Lin came (to Charlotte for the 2015-16 season), Kemba was excited about playing with someone else who could handle the ball," Whitney said. Also, if you needed any additional proof of how barren the cupboard has been in Charlotte, look no further than Walker gushing to a friend about the addition of Lin.

Ask people in the NBA which teams might come after Walker, and the responses are what you'd expect: The Knicks, especially if Irving remains in Boston. The Lakers, who will be desperate to surround LeBron with talent and might be stuck choosing between second-tier stars like Walker, Jimmy Butler and DeMarcus Cousins. There are whispers around the NBA that the Mavericks are intrigued by Walker, but it's hard to discern where that rumor arose and if it's anything more than another game of NBA telephone.

Signing Walker, even as a second banana, and even at a non-supermax rate, wouldn't be risk-free. His size—he's listed at a generous 6'1"—would be a liability come playoff time, when opponents hunt and exploit mismatches. But will the Lakers, Knicks, Clippers or any of the other teams that have  spent years clearing space for this summer be willing to roll over their cap space for one more season? Unlikely, especially when you parse the list of who will be on the market in 2020 (assuming Anthony Davis is off the market, Draymond Green might be the most coveted player).

Walker is the only one among the free agents mentioned above whose season has already come to an end. He said that won't keep him from following along. "I always watch (the playoffs)," he told B/R. "But I hate having to watch from home. I want to be playing in it." He'll have the opportunity this summer to put himself in a position to do so. He has about 10 weeks to decide whether that's worth leaving up to $80 million on the table.