You have to give the Philadelphia Eagles credit—they keep things interesting.

Two years ago, starting quarterback Carson Wentz saw his season end in December because of an ACL tear, only for Nick Foles to improbably lead the team to their first Super Bowl title.

And last year, Foles led the Eagles to three straight victories to end the regular season after Wentz was again hurt, before pulling off an upset against the Chicago Bears in the wild-card round.

The Eagles would lose to the New Orleans Saints after that, but for a team that struggled throughout much of the 2018 season, it was a reminder that they still had championship pedigree.

Foles may be gone now, signing with the Jacksonville Jaguars, but the Eagles look like an improved team after a strong offseason.

Field-stretching wideout DeSean Jackson was brought back to Philadelphia, where he started his career, in a trade. The team also acquired between-the-tackles tailback Jordan Howard to lead the run game. The Eagles bolstered their defensive line depth by signing Malik Jackson and Vinny Curry, and they will get Derek Barnett back from injury. 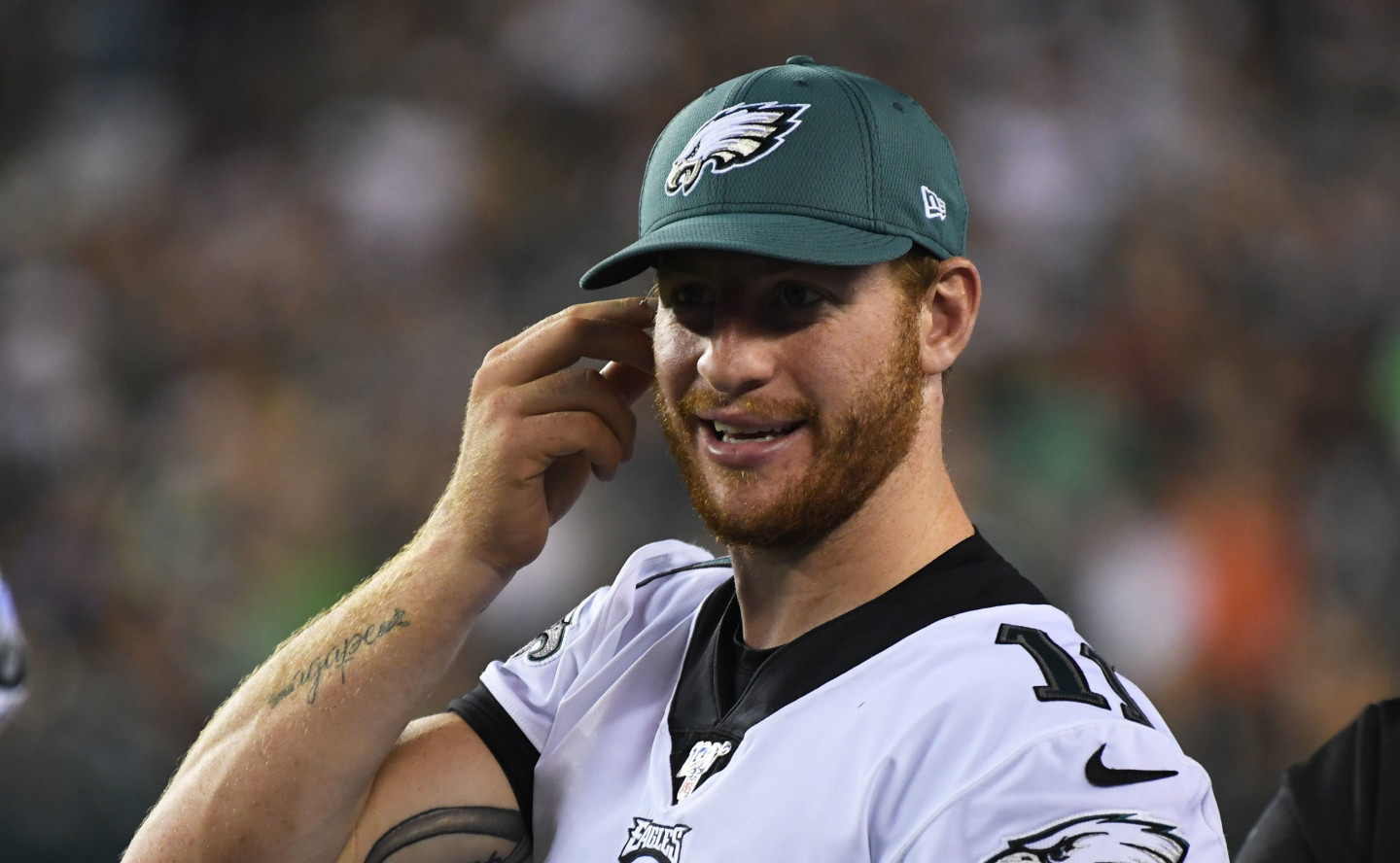 There were losses. The Eagles traded Michael Bennett, who was excellent in 2018, to the Patriots, while middle linebacker Jordan Hicks signed with the Arizona Cardinals. But in general, the Eagles look like a better squad than last year. Let's take a look at the schedule they'll face.

The NFC East doesn't appear particularly strong and should come down to the Dallas Cowboys and Eagles. Neither Washington nor the New York Giants should be good in 2019, though NFC East rivalry games are always close affairs.

Philly should be favored in games against the New York Jets and Detroit Lions at Lincoln Financial Field, though the Jets are a young team that could take a major step forward in 2019, especially with Le'Veon Bell added to the offense.

Their toughest road tests outside of the Cowboys will likely be facing a playoff contender in the Minnesota Vikings and the dangerous offenses of the Green Bay Packers and Atlanta Falcons, led by quarterbacks Aaron Rodgers and Matt Ryan, respectively. The Eagles should be favored against the Miami Dolphins and Buffalo Bills, however.

All in all, this doesn't appear to be a particularly daunting slate for the Birds, though much of that will depend on which Eagles team shows up: The one that started 6-7 last year, or the one that roared into the postseason. If it's the latter, this will be a manageable schedule.

The Cowboys swept the season series against the Eagles last year, which was the deciding factor in the NFC East title race. With those teams expected to battle for top billing again this year, those matchups will have huge implications.

Getting payback for being swept by their most hated rival will be a major priority for the Eagles in 2019.

The Cowboys should be good again, led by the offensive trio of quarterback Dak Prescott, running back Ezekiel Elliott and wide receiver Amari Cooper.

Elliott feasted on the Eagles last season, rushing for 264 yards and a touchdown, while Cooper blew them up as well, catching 16 passes for 293 yards and three touchdowns. Keeping those two in check will be key.

The Cowboys haven't made major improvements this offseason, with the most notable being tight end Jason Witten returning from a one-year retirement, though they did lock up Demarcus Lawrence to a long-term extension.

Regardless, they are a legitimate contender, and the matchups between the two teams this season will almost assuredly decide the division once again.

Ranking the Best Players in the NFC East 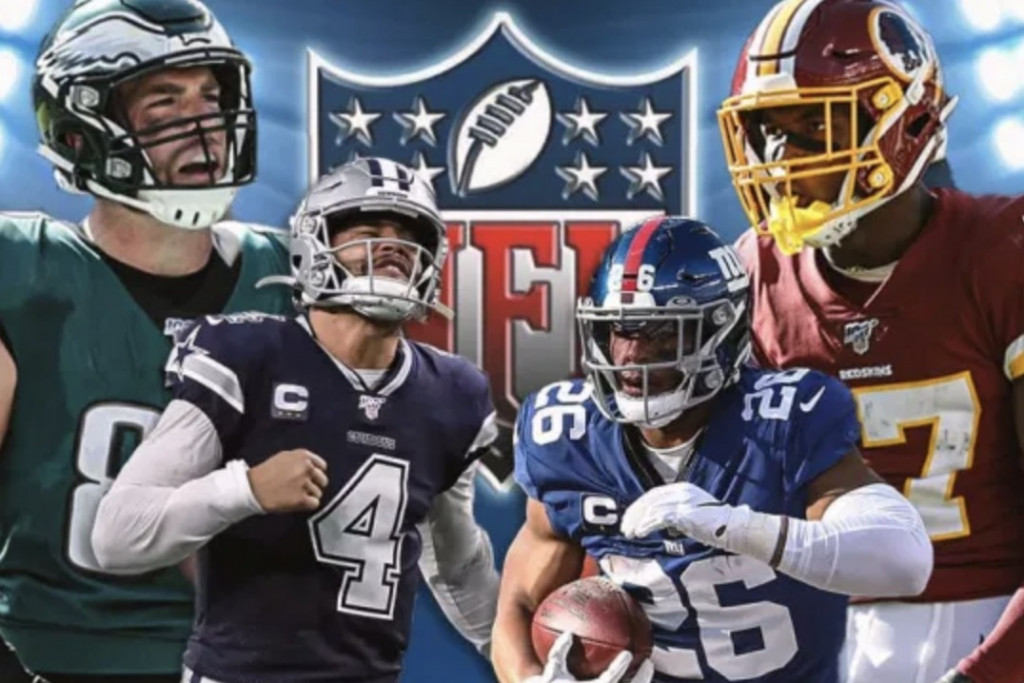 Ranking the Best Players in the NFC East

Why Fans Should Be Excited About Alshon Jeffery in 2020 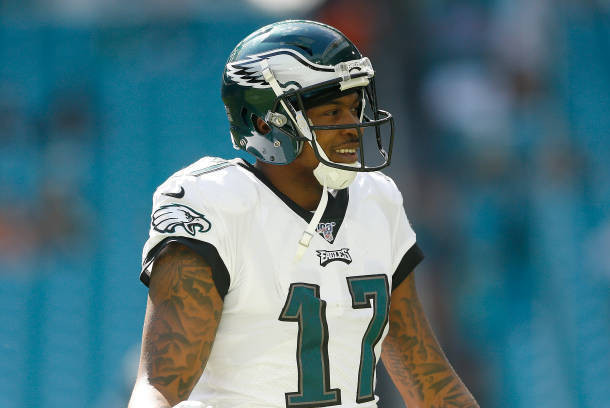 Why Fans Should Be Excited About Alshon Jeffery in 2020