The smartest thing any NFL general manager can do right now is pick up the phone and ask the Arizona Cardinals if they'd be interested in trading Josh Rosen.

According to NFL Network's Ian Rapoport, Cardinals general manager Steve Keim and other team officials met with coveted quarterback prospect Kyler Murray on the University of Oklahoma campus Tuesday. That sort of formal summit suggests the Cardinals are either certain to select Murray with the No. 1 pick in April's draft—as has been widely assumed since last month's scouting combine—or are engaged in an unprecedented galaxy-brain-level smokescreen.

If the Cardinals are as far over the moon for Murray as they appear to be, it means Rosen, the 10th overall pick in last year's draft, is no longer in their future plans. That means there is an inexpensive 22-year-old top-tier quarterback prospect on the trading block right now.

What are you waiting for, NFL general managers? This is no time to twiddle your thumbs or sift through the free-agent flea market for over-the-hill veterans. Pick up the phone and call the Cardinals! The conversation will probably go something like this:

OTHER GMs: "LOLZ. We both know you have to move Rosen before the draft, which makes you a motivated seller. So let's talk about a 2020 second-rounder, or maybe we swap a late first-rounder with your 33rd overall pick."

CARDINALS: "Forget it! You're trying to lowball us!"

OTHER GMs: "Of course we are. After the draft, you'll be stuck with a young backup you have already moved on from, and other teams will have filled their needs with guys like Dwayne Haskins, Drew Lock and Daniel Jones. You'll be trading Rosen for a conditional sixth-rounder if you wait too long. Tick tock!"

CARDINALS: "Let's talk some more about that 2020 second-rounder.

Those hypothetical trade offers are a reasonable asking price for Rosen. The Patriots received a second-rounder for Jimmy Garoppolo in 2017. The Jets fetched only a third-rounder for Teddy Bridgewater in August, and they sent a sixth-rounder with Bridgewater to the Saints.

This is a buyer's market, even though young quarterback prospects are rare and valuable.

Rosen could fetch more than Garoppolo and Bridgewater because he's younger, has no catastrophic injuries in his past and comes bundled with an attractive contract. But he also might be traded for less because many teams will find reasons not to make an offer for him.

Rosen's stats last year were horrendous: 11 touchdowns and 14 interceptions in 13 starts and a 66.7 passer rating that ranked dead last among regular starters. Then again, Aaron Rodgers would have had a hard time moving the ball for last year's Cardinals, who fielded one of the NFL's worst offensive lines, possessed few skill-position weapons and ran a scheme that looked like something high school coaches install in the first week of August.

Smart GMs don't pass up deeply discounted talent based on rumors. In fact, they know misleading stats and idle gossip scare the suckers away, making it easier to drive a hard bargain.

The Cardinals already splurged for Rosen in the draft and paid out his $10.9 million signing bonus. Whichever team trades for Rosen will get him for three seasons for only a few million dollars per year. At that price, he's affordable enough to stash on the bench behind an aging veteran for a year or two, or to release without regret if things don't work out.

Think of the number of teams that could use a quarterback who was considered a blue-chip prospect 11 months ago, costs less than Chase Daniel and is still younger than several of the quarterbacks (Missouri's Drew Lock, West Virginia's Will Grier and Penn State's Trace McSorley, among others) in this year's draft. Here are some potential customers, ranked in order of desperation.

Dolphins: Rosen is just what these down-to-the-foundation rebuilding Dolphins need: a fixed-price, low-obligation potential franchise quarterback who allows them to invest elsewhere in the draft and could fast-track their turnaround.

Giants: Here's an instant narrative-shifter, Dave Gettleman! You get a replacement for Eli Manning who you don't have to pay much or hand the starting job to right away. That means you can spend both of your first-round picks on Hog Mollies and no one will make fun of you! Well, fewer people will make fun of you.

Broncos: They need a contingency plan in case Joe Flacco plays the same way he has for the last six years.

Bengals: Did you forget that the Bengals were still in the NFL? Based on their inactivity during free agency, so did they. For a franchise that's afraid of sweeping changes, Rosen would be an ideal candidate to "soft reboot" the Andy Dalton era.

Falcons, Lions and others: If your franchise quarterback is in his 30s and expensive, and you have absolutely no idea what's behind him, Rosen represents affordable injury insurance and a little bit of leverage if the time suddenly comes to start over.

Patriots: Rosen would be the ideal Tom Brady protege and designated heir apparent. Knowing how the Patriots operate, they may already have a trade up their sleeves. C'mon, other GMs: Don't let them get Rosen for peanuts!

A year after being drafted 10th overall, Rosen would be a relative bargain for any team that traded for him now while he is still on his rookie-scale contract.Tom Pennington/Getty Images

Despite the number of teams that would benefit from acquiring Rosen, the rumor mill is silent right now. That may mean teams are bidding in secrecy, as ESPN's Adam Schefter reported—no one wants to show their hand at this poker table—or it may be a sign of inactivity.

Rosen is a square peg, and NFL execs hate square pegs. They crave the rookie-prospect new car smell so much that many would prefer taking a wild swing at this year's middle-round prospect than trading for last year's first-rounder. They love citing "starting experience" as a reason to spend eight figures on some veteran who never accomplished anything, but a young quarterback who took his rookie lumps elsewhere somehow loses the "elite prospect" classification.

The average general manager fears outside-the-box quarterback solutions, which is why teams overpay for guys like Flacco and trade fistfuls of draft picks to move up for a rookie but don't get into bidding wars over the likes of Bridgewater or Rosen.

Smart general managers know value when they see it. One of them is going to land Rosen. And lots of quarterback-needy teams that found excuses for not making an offer will end up wishing they had.

Packers wide receiver Davante Adams joins Adam Lefkoe to chat about why Aaron Rodgers is the Stephen Curry of the NFL, why Adams is the best dunker in football and why he wore black to his NFL draft on The Lefkoe Show.

With Tom Brady closing in on his 42nd birthday, Bill Belichick may have need for someone like Rosen as the Patriots' heir apparent at quarterback.Adam Glanzman/Getty Images 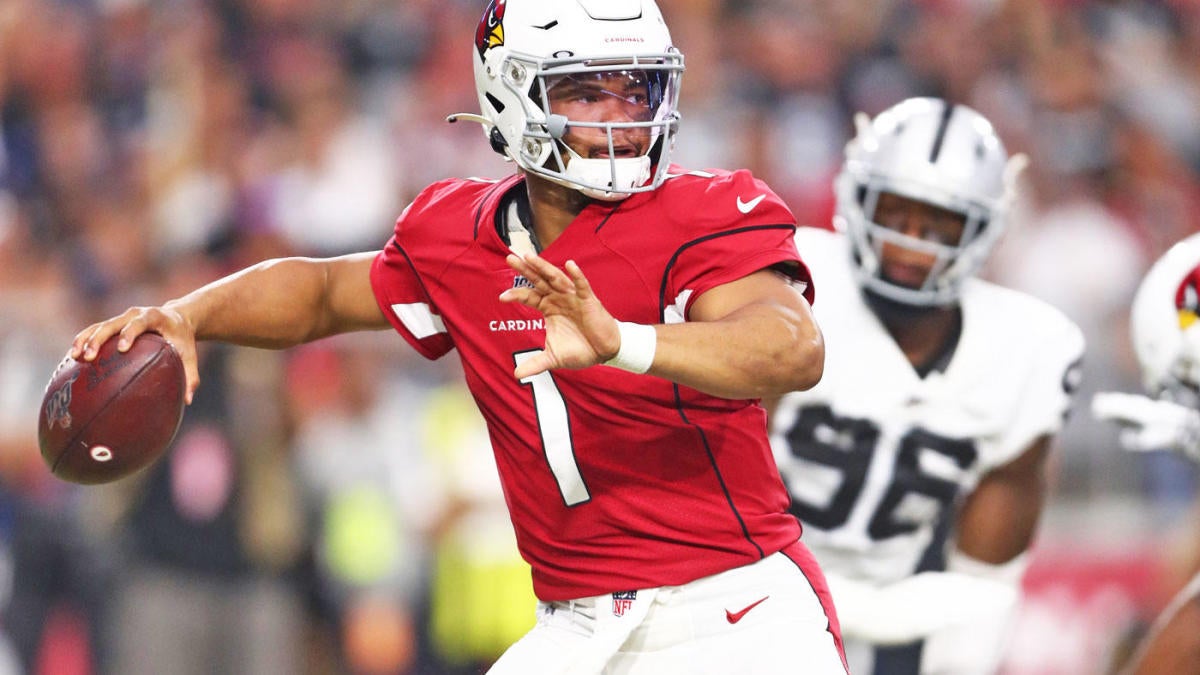