Kyler Murray's gamble on following his passion paid off Thursday, as the Arizona Cardinals selected the Oklahoma quarterback with the No. 1 pick in the 2019 NFL draft.

The selection ends a monthslong saga of speculation and public mystery from the Cardinals. Most had pegged the Heisman winner to Arizona in the weeks leading up to the draft, but Cardinals brass never made a public commitment.

Kyler Murray goes No.1 overall to the Arizona Cardinals! https://t.co/GpdYpuu6N5

Kyler Murray is the first under-6-foot QB to ever be drafted in the first round, and he is the first person to be a first-round pick in football and baseball.

The moment Kyler Murray found out he was being drafted as the No. 1 pick of the #NFLDraft 👏 https://t.co/jv1JTEXeE8

"It's an inexact science, so it's a tough business," Cardinals general manager Steve Keim said. "If anybody says they're 100 percent, that's certainly not the case. We have to do what's best for this organization. I say that over and over. What's going to make the biggest impact on this organization moving forward and give us a chance for sustainable success?"

Murray threw for 4,361 yards and 42 touchdowns against seven interceptions in 2018 while adding 1,001 yards and 12 scores on the ground en route to winning the Heisman. He's the second consecutive Heisman winner from Oklahoma and joins 2018 No. 1 overall pick Baker Mayfield as the school's second straight first-round quarterback.

Unlike Mayfield, though, Murray did not seem destined for a future in football. The Oakland Athletics took him with their first-round pick in the 2018 MLB draft, giving him a hefty signing bonus while also allowing him to play one year of football at Oklahoma.

That one year of football turned out to be a life-changing one, erasing doubts about his height to the point he soared into the first-round conversation. Murray informed the A's in February he would be pursuing football full time and returned the team's bonus money.

"It's a final decision. I'm here. I'm ready to go. I was born a football player, and I love this game," Murray told reporters at the combine. "There was no turning back when I made this decision. I was 100 percent in."

Murray continued his ascent up draft boards at the combine in Indianapolis when he measured at over 5'10" and 207 pounds. There were some concerns that he would measure as short as 5'8," but his numbers put him essentially in line with Russell Wilson, who ironically became the highest-paid quarterback in NFL history last week.

The Cardinals will now either trade incumbent quarterback Josh Rosen or have the two battle it out in camp. Michael Silver of NFL Network reported the Cardinals have no plan to give Rosen away. Drafting Murray is an all-in bet on new coach Kliff Kingsbury, who has praised Murray dating back to the coach's time at Texas Tech.

The Cardinals looking for a team to trade Josh Rosen to https://t.co/as1A5pmtc2

"To be the No. 1 pick, that's a kid's dream come true," Murray said of Kingsbury. "He recruited me out of high school. You know the offense he runs. I have a great relationship with him. If I were to play under him, it would be nice."

Despite the all-world ability, there is some legitimate concern about Murray's size and ability to stay on the field at the NFL level. He's the shortest quarterback ever drafted in the first round and will need to take cues from Wilson in picking his spots to run.

Michael Bidwill released from hospital after testing positive for coronavirus Michael Bidwill released from hospital after testing positive for coronavirus

Isaiah Simmons Among Favorites for DROY 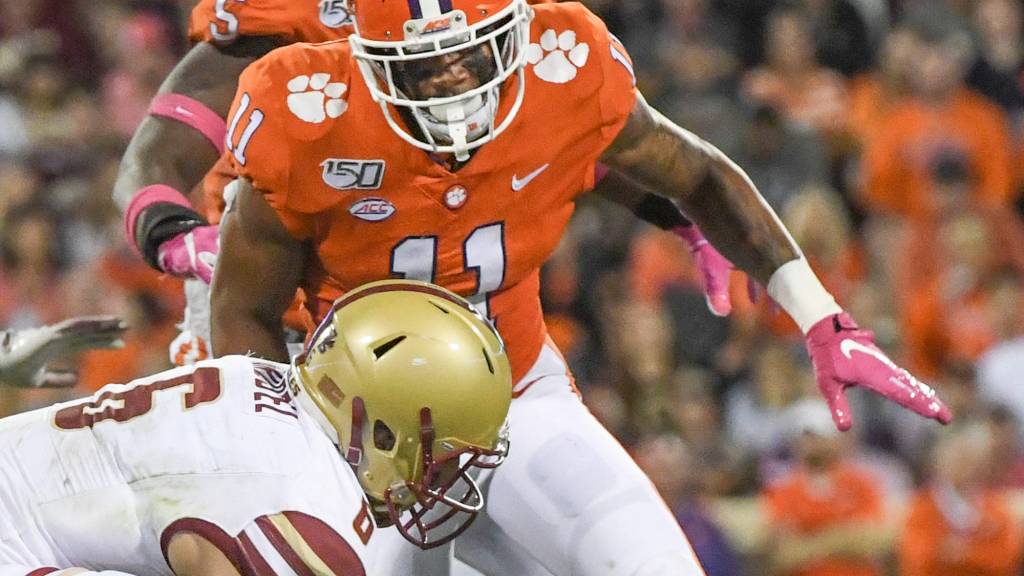 Isaiah Simmons Among Favorites for DROY