It may be Super Bowl week, but yet again, the greatest soap opera in sports—the NBA and its superstars' desires—has grabbed the headlines.

New Orleans Pelicans star Anthony Davis' request to be traded, and the growing possibility that LeBron James, Kyrie Irving, Kevin Durant and Kristaps Porzingis all may play a role in Davis' ultimate destination, will have fans, execs, players—everyone—on edge with every alert their phones signal until the trade deadline passes a mere nine days from now.

It doesn't hurt that league sources have two of the most storied franchises in the two biggest markets among the potential landing places: the Los Angeles Lakers and New York Knicks. While the Pelicans have vowed not to be bull-rushed into moving Davis, who can't become a free agent until 2020, dealing him before the Feb. 7 deadline could make sense.

Yes, the Lakers and their quest to pair another star with James has garnered most of the attention, especially considering that Davis and his agent, Rich Paul, are reportedly expected to make it known L.A. is their preferred destination (per ESPN's Adrian Wojnarowski), but let's start with the Knicks. Perhaps considered an underdog in this race for Davis, New York suddenly finds itself a potential power broker for the first time in a looonnnggg time. Few fanbases are more delusional than those of the Lakers or Knicks when it comes to believing every star on the planet wants to play for their teams, but at least the Lakers have several recent examples of big-time players electing to play in purple and gold, most notably James.

The Knicks, on the other hand, haven't been a preferred destination for years—but there are indications of that potentially changing. League sources believe they have "a strong chance" of luring Durant should he leave the Golden State Warriors this summer and that Davis is "open" to New York as a landing place as well. Throw in a pick in this year's NBA draft that could potentially add Duke's Zion Williamson or RJ Barrett or Murray State's Ja Morant, and there's finally a reason for optimism in Manhattan.

To get Davis, a deal would likely have to involve Porzingis. The hitch there is that any deal involving Porzingis, the soon-to-be restricted free agent, would have to be consummated before next week's trade deadline as he couldn't be dealt after the season prior to hitting free agency. Porzingis, though, is still recovering from tearing his ACL last February, and a source familiar with his rehabilitation put his current condition at "75 percent of the way back to playing."

As celebrated as Porzingis was in New York before the injury—feted with such nicknames as Porzingod and Unicorn for a meteoric rise to All-Star status in his third year before injuring his left knee—several opposing executives and scouts questioned whether he's physically capable of carrying the load of a franchise cornerstone. One scout even derisively compared him to Davis as a big man loaded with talent and potential but unable to stay healthy. "Done nothing and anointed a star," the scout said.

Though the Knicks have been working to improve their relationship with Kristaps Porzingis, they may have to consider parting with him if they hope to land Anthony Davis in a trade.Mary Altaffer/Associated Press

The other issue is the uncertainty over how enamored Porzingis is with staying in New York. That troubled at least one small-market GM. "You're going to have to give him the max," he said, "but if he isn't happy in New York, what are the chances he's going to be happy in Portland or Indiana or San Antonio?"

Knicks GM Scott Perry, hired in July 2017, and his handpicked head coach, David Fizdale, are still paying the price for a relationship that went sour between Porzingis and the franchise under Phil Jackson, team sources say, largely because of Jackson's insistence that the team run the triangle offense he utilized while winning championships with the Bulls and Lakers. After Jackson acolytes Derek Fisher and Kurt Rambis were let go and Jeff Hornacek took over, a team source said they would work on offenses more conducive to their talent until Jackson walked into the practice facility and they were forced to practice the triangle.

Porzingis is currently going through solitary basketball-related workouts with the coaching staff, and Fizdale, a source said, is spending as much time with him as he can, while Perry and team president Steve Mills are trying to forge a better relationship with his older brother, Janis, a former player in Latvia who has taken over as Kristaps' agent after Andy Miller, his previous representation, lost his NBA Players Association certification as a result of the NCAA's probe into illegal payments made to collegiate players.

Getting a read on Janis' feelings about the current regime and his brother's future with the Knicks has been difficult, league sources say.

Short of a blockbuster deal for Davis before the trade deadline, the likeliest scenario is that the Knicks re-sign Porzingis or match whatever offer sheet he might receive, even if it's only to retain him until he returns to form and makes his interest in staying or going clear.

Back to the Lakers, who have been rumored for months to be Davis' top choice if he forced his way out of New Orleans. Both James and Davis are represented by Paul of Klutch Sports Group. James went so far as to publicly say it would be "amazing" to have Davis as a teammate before the two had dinner together in L.A. in late December following the Lakers' 112-104 win over the Pelicans. That inspired the NBA to send a league-wide notice that "Employment contracts are to be respected, and conduct that interferes with contractual employment relationships is prohibited."

Both represented by the same agent, Davis and LeBron James may soon be teammates if the Lakers can convince the Pelicans to send their franchise center to L.A., where many expect he wants to go.Jae C. Hong/Associated Press/Associated Press

That the league is keeping a close eye on the Lakers, who already earned a $500,000 fine for tampering with free-agent-to-be Paul George two summers ago, isn't the only reason Davis-to-L.A. might not be a done deal. One Eastern Conference executive cautioned that Paul might not have the same sway to deliver Davis as he did with LeBron. "The dad is going to have a say," the source said, referring to Anthony Davis Sr., who apparently is weighing the vast business potential of his son as the King of New York as opposed to the Prince of Bel-Air.

No matter what Davis wants, it's still the Pelicans' choice as to when and where to send their franchise star, and that's where the Knicks may have an advantage. An informal poll of several executives and scouts considered a package that included the Knicks' young big man, Porzingis, superior to any combination the Lakers could offer from their young core of Lonzo Ball, Brandon Ingram, Kyle Kuzma and Josh Hart. If there was any question on that, it has been answered, one Western Conference GM said, by their performance since James went down with a strained groin on Christmas (5-10).

"We were all monitoring the Lakers to see if these guys were legit or if LeBron was covering up all the warts," he said. "The value of those Lakers is less today than it was when LeBron went down."

The Knicks could be buyers for Davis even if the Pelicans wait to make a deal this summer, but the deal would involve their first-round pick rather than Porzingis. Their willingness to do that will likely hinge upon whether or not Durant decides to head east. If he does with the interest of competing for a title as quickly as possible, several league executives could see the Knicks accommodating Durant the same way the Cavaliers did James when he returned to Cleveland, trading No. 1 pick Andrew Wiggins for proven veteran big man Kevin Love.

The Lakers may need to get creative to force the Pelicans' hand, but they have reason to be. While the news since last summer has been largely about stars not interested in being LeBron's sidekick—George's decision to re-sign with the Thunder, Jimmy Butler not having the Lakers on his reported preferred list and Kawhi Leonard reportedly favoring the Clippers—a source close to the Celtics confirmed that Kyrie Irving is genuinely interested in reuniting with his former Cavaliers teammate. "That is for real," the source said.

A core of James, Davis and Irving would be enough to get visions of Title 17 dancing in Lakers fans' heads.

Kyrie Irving's potential interest in rejoining James after this season could complicate the Lakers' efforts to acquire Davis.Michael Dwyer/Associated Press

But talk of adding Irving to the mix is where this all gets tangled. The Celtics are also interested in Davis, league sources said, but the collective bargaining agreement prevents them from dealing for a second player signed under the "Rose rule" extension before the summer; Irving, acquired from Cleveland in August 2017, was their first.

The Pelicans trading Davis for Irving, if he is eager to reunite with James, doesn't make much sense, other than it would put Davis in the other conference and the Celtics would likely sweeten the deal by adding one or more of their bevy of first-round picks. Other teams have dealt for stars whose stated or reported desire was to be elsewhere (OKC and George, Leonard and the Raptors), so it wouldn't be a first.

Then again, while the Pelicans put out a statement that they will not be rushed into moving Davis simply because he has asked to be traded—his contract has two more seasons, with a player option for 2020-21—they risk his value depreciating with every day that draws them closer to his pending free agency.

Whether or not the Lakers could facilitate adding both Davis and Irving remains to be seen. If they can't, could we see a race between the two for the shotgun seat next to LeBron? 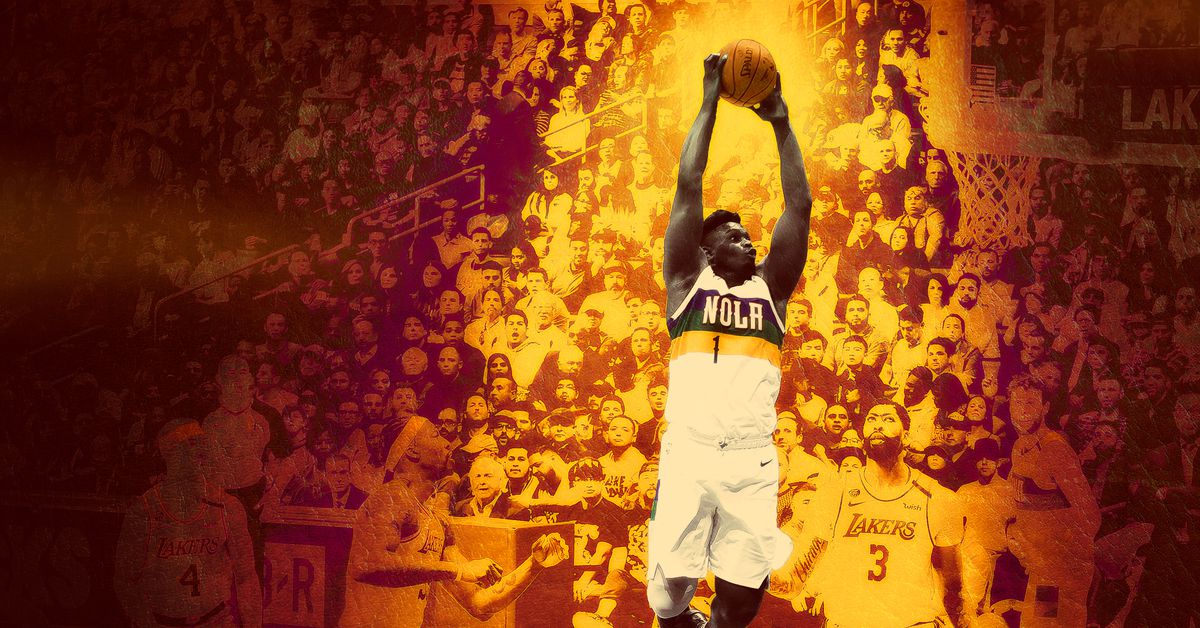