Last week, Real Madrid lost again—1-0 to Leganes at the Estadio Municipal de Butarque in the second leg of their Copa del Rey last-16 fixture, but they went through to the next round 3-1 on aggregate.

Midway through the second half of the game, Madrid coach Santiago Solari withdrew Isco. As the midfielder trundled off the pitch, he passed a few feet from the Argentinian, who was standing on the edge of his technical area.

Both men looked uncomfortable sharing each other's space. Solari stared straight ahead, avoiding eye contact and toying with the cuffs of his coat instead of offering the traditional handshake or hug for a substituted player.

The absent gesture was analysed on late-night Spanish television like the body language of two world leaders at a summit meeting. Something is clearly broken between the pair.

"Isco is among three or four of the best Spanish footballers playing at the moment, but because of his style of play and the position he occupies on the field, it's difficult for him to find space on Real Madrid's starting XI," says Marco Ruiz, a journalist with Diario AS.

"Isco is a playmaker, the player who plays behind the striker. It's very unusual that a team uses this type of player these days. Teams invariably play 4-3-3, with a good centre-forward and two players on the wing who are fast like, for example, Neymar and Kylian Mbappe at Paris Saint-Germain, or Cristiano Ronaldo—when he was at Real Madrid—and Gareth Bale."

Isco's position as a No. 10 isn't a role that Real Madrid require. His style of play calls to mind Mesut Ozil, who decorated Los Blancos with some fine assists during his three years at the club, which coincided with Jose Mourinho's time as first-team coach. However, he never fully convinced in Spain before being sold to Arsenal in 2013.

Ruiz argues, however, that Isco—who has been dropped by successive Madrid coaches during his six years at the club, including Carlo Ancelotti, Rafael Benitez and Zinedine Zidane as well as being left out of Vicente del Bosque's UEFA Euro 2016 finals squad—has battled to win over the doubters.

"Actually, Isco has been fighting successfully to get his place on the team," says Ruiz. "When Zidane was manager, Isco wasn't in his plans originally, but in the end Zidane dropped Bale. He preferred to play Isco in his place. Zidane won his last two Champions League titles with Isco as a starter.

"With Ancelotti as Real Madrid manager, it was the same—there were complications but he ended up playing him. Isco always ends up fighting against the type of play favoured by Real Madrid. This is his difficulty, but he never had a falling out with a trainer until now. This time, it's personal. This much is clear."

The breakdown in relations happened after Madrid's embarrassing 3-0 defeat to Eibar in La Liga in late November. Isco had been out in the cold since Julen Lopetegui's sacking a month beforehand, and he was yet to start a league game under Solari.

In the dressing room after the Eibar game, according to a Spanish radio show (Cadena Cope, h/t Mundo Deportivo), Isco insulted Solari. The coach responded by dropping the Spain international from the squad to play AS Roma in the following midweek trip to Italy.

There were underlying football-related problems. Isco's form had dipped since last season's UEFA Champions League triumph in Kiev, Ukraine. His conditioning was poor—a shortcoming that has dogged his career—which has fed criticisms that he is overweight. Bizarrely, he responded by posting a picture of himself on Instagram in early December, inviting fans to vote on the question: "Am I fat?" He won the poll by a slim margin—with a hefty 46 per cent voting "Yes."

Isco continued to be out of favour with Solari, though, languishing as an unused substitute in the club's successful FIFA Club World Cup final in Abu Dhabi, United Arab Emirates.

During the Argentinian's reign, he has only started three games—and has finished up on the losing side in two of those matches, including a 3-0 defeat to CSKA Moscow, which was Madrid's heaviest defeat at the Bernabeu Stadium in European competition history.

It is a significant fall from grace. Nicknamed "Magia" (Magic) in the Madrid dressing room, he was magnificent during the club's historic five-trophy haul in 2017. The year is remembered by Spain fans for his recital against Italy in a 3-0 FIFA World Cup qualifying win at the Bernabeu, in which he scored two goals and bamboozled Marco Verratti with a cheeky nutmeg. With Barcelona sniffing for his signature, Madrid locked him down with a contract renewal until 2022. There are mixed views, however, about how good he is.

"He's totally overrated," says Inako Diaz-Guerra, a journalist with El Mundo. "He's a player who plays the game beautifully, but he's not always a player who is very good. He's very aesthetic. He can feint. He has flicks. In matches, he can do the unexpected and light up games like he did against Italy, but he's very irregular.

"A lot of the time, he's more style than substance. He is a player who has moments [of genius], but when he has to step forward, he often hasn't been able to do it—neither with Real Madrid nor with the Spain national team.

"He's not a world-class player like Cristiano or Luka Modric or some of the other players playing with Real Madrid over the last few years. He played three or four good games for Spain and people were talking about him being as good as (Andres) Iniesta, which was sacrilegious."

Spain’s magic man gets them in the groove! 🕺 https://t.co/TGnXPZvtmZ

Pablo Perez, a journalist with El Pais, concurs: "Since he arrived at Real Madrid in 2013, he has only been a nailed-on starter with one of his coaches, Lopetegui, and Lopetegui went, as we know, in record fast time. Is there an issue between Solari and Isco? Yes, but it suggests the problem is more with Isco than Solari if after all these years at the club the only trainer who believed in him was the trainer who had the shortest stay.

"He is a player with a big ego. He has always complained a lot [about being left out], but only Lopetegui had him as a regular starter. In the dressing room, he gets on well with the Spanish nucleus of the squad, but he doesn't enjoy particular support from Sergio Ramos or Marcelo. He's a guy with a different character. Recently he's been disconnected—we don't know the reasons why—and he has been much more apathetic on the pitch."

Off the pitch, Isco—as the golden boy of Spanish football—enjoys support from parts of the Real Madrid board and sections of the Spanish press corps.

His club's fans are divided on his feud with Solari. Some at the Bernabeu whistled him, for example, during the defeat to CSKA Moscow in December after he squandered a goal opportunity. During the side's win against Sevilla in the league on Saturday, Isco came on as a second-half substitute. He was the only Madrid player at full-time not to salute the home fans for their support, which didn't go unnoticed.

"What people want for Real Madrid [because of poor performances] is an iron fist," says Perez. "Solari decided to take him out. That's his idea. He hasn't doubted himself even with all the pressure around—the questions from the media, the fans. He holds his line. Since he took over the job, he hasn't counted on Isco. I don't know if it's a problem, but Solari has taken a decision and he's not moving on it."

"It's obvious Solari is showing himself to be a big personality by defending his position, even with all the pressure on him," says Diaz-Guerra. "Without knowing exactly what happened between them, I can't believe that a trainer like Solari is just trying to get attention. His position at the club isn't consolidated. He's not a Guardiola, or a Mourinho, or a Simeone.

"If this guy Solari, with all the criticism he's getting—because Isco is a player everybody defends, including the media and a large part of the Bernabeu—stands by his position even with all these people against him it's because what happened between them was serious. I can't see Solari shooting himself in the foot. Something happened to make him dig in."

Solari's resoluteness has shades of Zidane's freezing out of James Rodriguez. It's an intriguing battle of wits. No one can tell how it will play out.

It might fester until the end of the season when Isco is sold during the summer or when Solari—unless he delivers a UEFA Champions League crown—could be out of a job.

In the meantime, Solari is sticking to his guns. 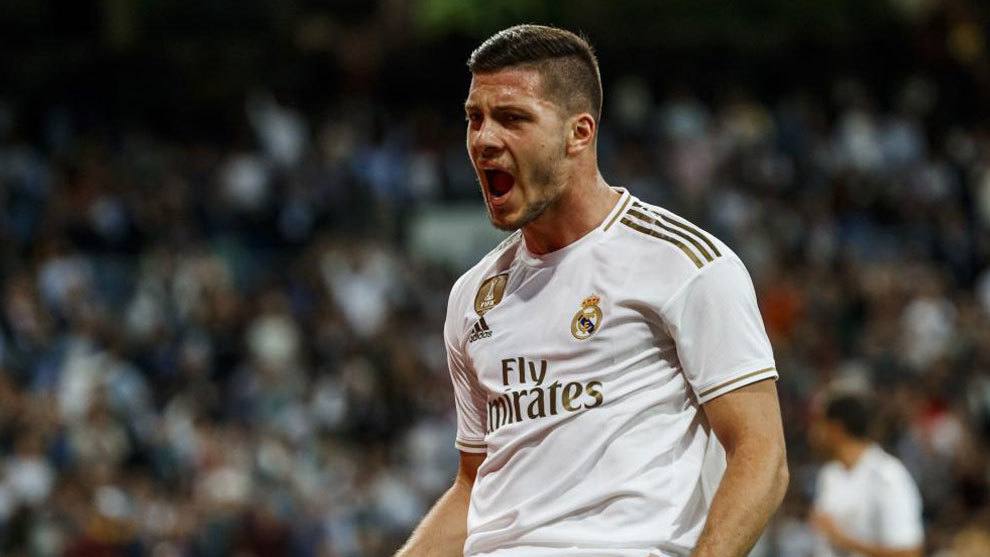