The Houston Texans announced wide receiver Demaryius Thomas' time with the team has ended after just seven games on Tuesday.

Thomas was released due to a failed physical designation, according to ESPN's Field Yates, who added the release creates $14 million in cap space for the Texans.

Houston acquired him via trade from the Denver Broncos in October, and he played seven games before tearing his left Achilles in Week 16 against the Philadelphia Eagles.

Palmer pointed out Thomas recovered from a torn Achilles in his rookie season in six months but doesn't yet have an official timeline for his return this time.

Thomas' contract made it seem unlikely he would be brought back next season. He was owed $14 million, but the deal included an opt-out that wouldn't count anything against the salary cap.

Thomas was dealt to the Texans after Will Fuller tore his ACL. The 31-year-old was solid down the stretch with 275 yards and two touchdowns on 23 receptions following the trade.

"I still can play," Thomas said. "I'm not thinking about retirement. I just don't know where...I told them I'd love to be here. I'd love to finish my career here."

Texans head coach Bill O'Brien didn't rule out bringing the Georgia Tech product back but wanted to see how he would recover from his injury.

The Texans weren't in a salary-cap crunch this offseason with $67.99 million available, but they do have major contract decisions to figure out. Jadeveon Clowney needs a new long-term deal, but CBS Sports' Jason La Canfora reported the star pass-rusher is likely to receive the franchise tag.

Thomas was an expendable piece for a Houston offense that has DeAndre Hopkins as its No. 1 receiver and Fuller returning next season.

The big question moving forward will be if Thomas can find a team after the injury. Being over the age of 30 isn't going to help him in negotiations.

It would seem plausible that he will have to wait for potential injuries to happen during training camp before receiving a serious offer to get back on the field in 2019.

How the Release of Hargreaves Changes the Texans 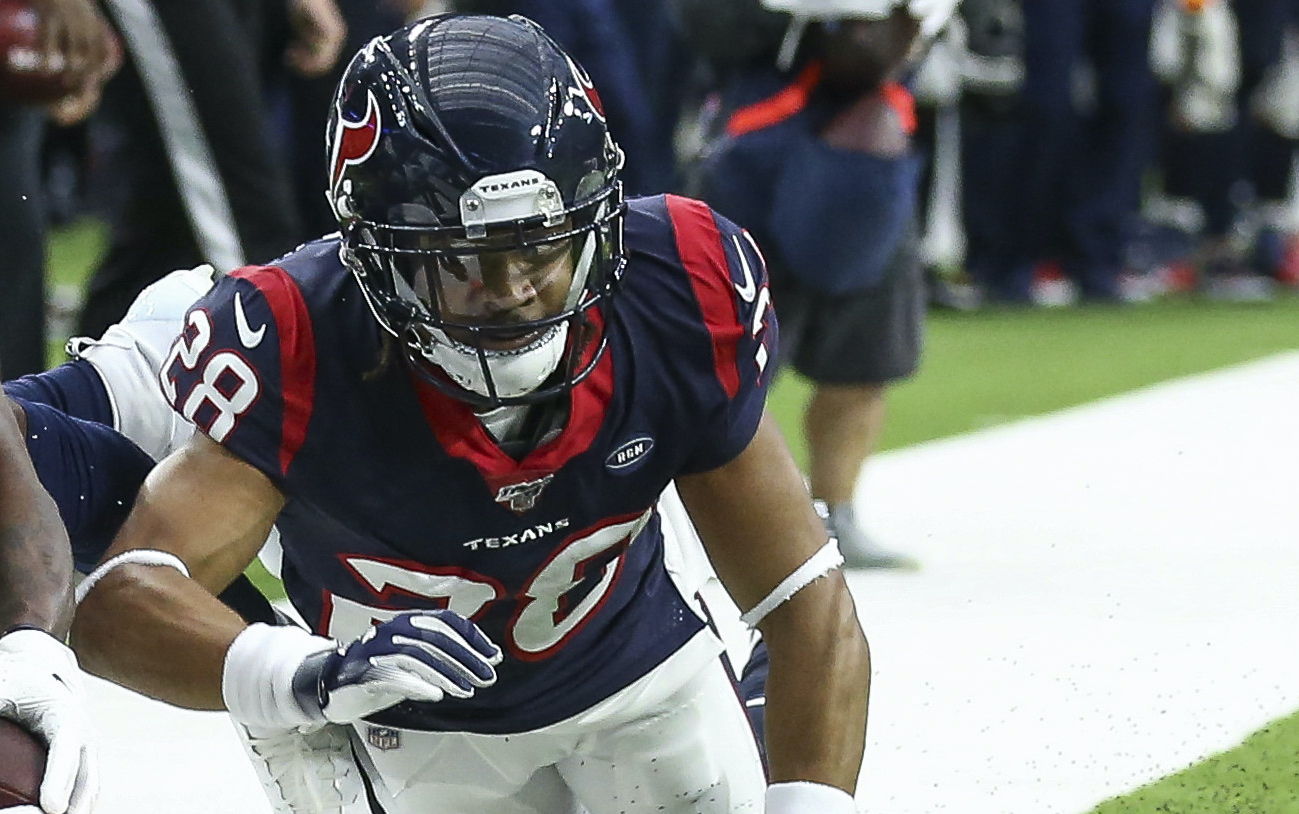 How the Release of Hargreaves Changes the Texans