The New York Mets and Cleveland Indians have engaged in discussions about Tribe right-handed ace Corey Kluber, according to Mark Feinsand of MLB.com:

Sources say the Mets have spoken with the Indians about Corey Kluber. The two teams had talked about Yan Gomes before he was dealt to the Nationals, but the Mets' interest now appears to also extend to Kluber, who had Mets manager Mickey Callaway as a pitching coach in Cleveland.

Feinsand provided his take on what a potential Kluber-Mets move may represent:

After Cano/Diaz trade, Mets are clearly still thinking big. Could be a sign they plan to trade Noah Syndergaard, then turn around and bring in Kluber. Brodie Van Wagenen appears to be exploring every possible avenue to improve his team.

Bringing in a bona fide ace like Kluber would bolster their rotation and help make them an instant NL playoff contender.

As Sherman noted, Mets right-handed pitcher Noah Syndergaard has been involved in trade talks, so it's possible Van Wagenen is looking to move one ace pitcher and bring in another in his place alongside 2018 NL Cy Young winner Jacob deGrom.

At his best, Syndergaard is one of the game's top hurlers, as he displayed when he struck out 218 batters in 183.2 innings in 2016 while posting a 2.60 ERA. While he's suffered injuries that have held him to 32 starts over the past two years, Syndergaard is still a valuable talent entering his age-26 season.

Still, Kluber represents an upgrade over Syndergaard at the moment, given his recent resume, and it's clear the Mets are trying to win now with the Cano-Diaz move.

As for Cleveland, Kluber's availability seems puzzling at first, given the ace's consistent track record. But Buster Olney of ESPN explained why that might be the case in a November 2 tweet:

Faced with market constraints, the Indians will listen to trade offers for some of their veteran players this winter, according to sources. Kluber, Carrasco, Encarnacion, Gomes, etc. Lindor, Ramirez will definitely be held.

Cleveland may have also hit its peak after a successful playoff stretch, so perhaps the Indians are looking to shake things up. 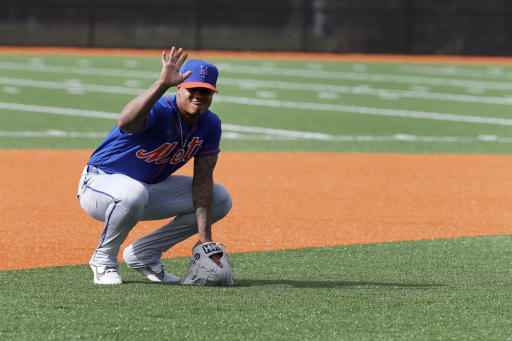