Prior to the 2018 MLB season, the names Blake Snell and Pedro Martinez were not synonymous, to put it mildly.

With 2018 in the books, and the 25-year-old ace officially taking home the Cy Young, Snell and Martinez are a lot closer than you might think.

Granted, Snell has a long, long way to go to match Martinez's Hall of Fame resume. But he made great strides in that direction while pitching for a club that often sails under the radar.

National League starters have done it slightly more often; the New York Mets' Jacob deGrom (1.70 ERA) did it in 2018. But they don't have to contend with the designated hitter.

It's a rare feat, and it's especially rare in the modern, home run-happy game.

In 2000, Martinez squared off with inflated steroid-era sluggers. The slender righty defied the odds in an age when hulking mashers ruled.

Drilling down deeper, the New York Yankees set an all-time record for home runs by a team in 2018 with 267. The Yankees play in the same division as the Rays. Tip your cap to Snell.

Was this a one-year blip based on statistical noise, or does Snell warrant the Martinez comp? Let's examine.

Then, suddenly, he catapulted into the AL's elite. He's a finalist for the Cy Young Award (which MLB will hand out Wednesday).

Is his dominance sustainable?

If you want to toss a wet blanket on the subject, Snell's 2.94 FIP suggests his Pedro-esque ERA was boosted by good luck. That said, he shaved his ERA from 2.27 before the All-Star break to 1.17 after it, and his opponents' batting average went from .189 to .155. His results improved as the season wore on, which is always a good sign.

All that speaks to a 25-year-old who is entering his prime and coming into his own. He's learning how to pitch as opposed to throw, to lean on the cliche.

Want some more Pedro parallels? In 2000, Martinez surrendered the fewest hits per nine innings with 5.3. Last season, Snell paced the game in the same category with 5.6.

Oh, and then there's this indefensible oddity unearthed by Pitcher List's Alex Fast:

Blake Snell is the only pitcher in 17 years to lead the AL in ERA in the first half and not be an All-Star. The last player to accomplish this: Pedro Martinez.

Snell could regress. History suggests a second straight sub-2.00 ERA campaign is improbable. His trajectory, on the other hand, is that of a hurler on the fast track toward stardom.

We've repeatedly conjured the Martinez comp. Rays manager Kevin Cash had another one.

"You look at a guy like Corey Kluber," Cash told reporters when asked about Snell. "That mindset really drives him, motivates him and allows him to put himself in a position every fifth day to go out there and compete at the highest level."

Klubot meets Pedro? Sounds like a force to be reckoned with.

Now, the big question: Given the team's small-market status, might Tampa Bay trade Snell for a package of prospects? Here's how Rays general manager Erik Neander summed up Snell's trade status, per Fox Sports' Jon Morosi: "Nonexistent, because of how committed to him we are."

Snell may hit a bump in the road. The league might figure him out and force him to adjust. The stats paint a pitcher on the rise, however, and a name to follow closely.

Conjuring Pedro isn't beyond reason. Greater accomplishments may be in the offing. Stay tuned.

All stats courtesy of Baseball-Reference and FanGraphs.

After 'I gotta get my money' rant, Rays LHP Blake Snell drops agent for Scott Boras 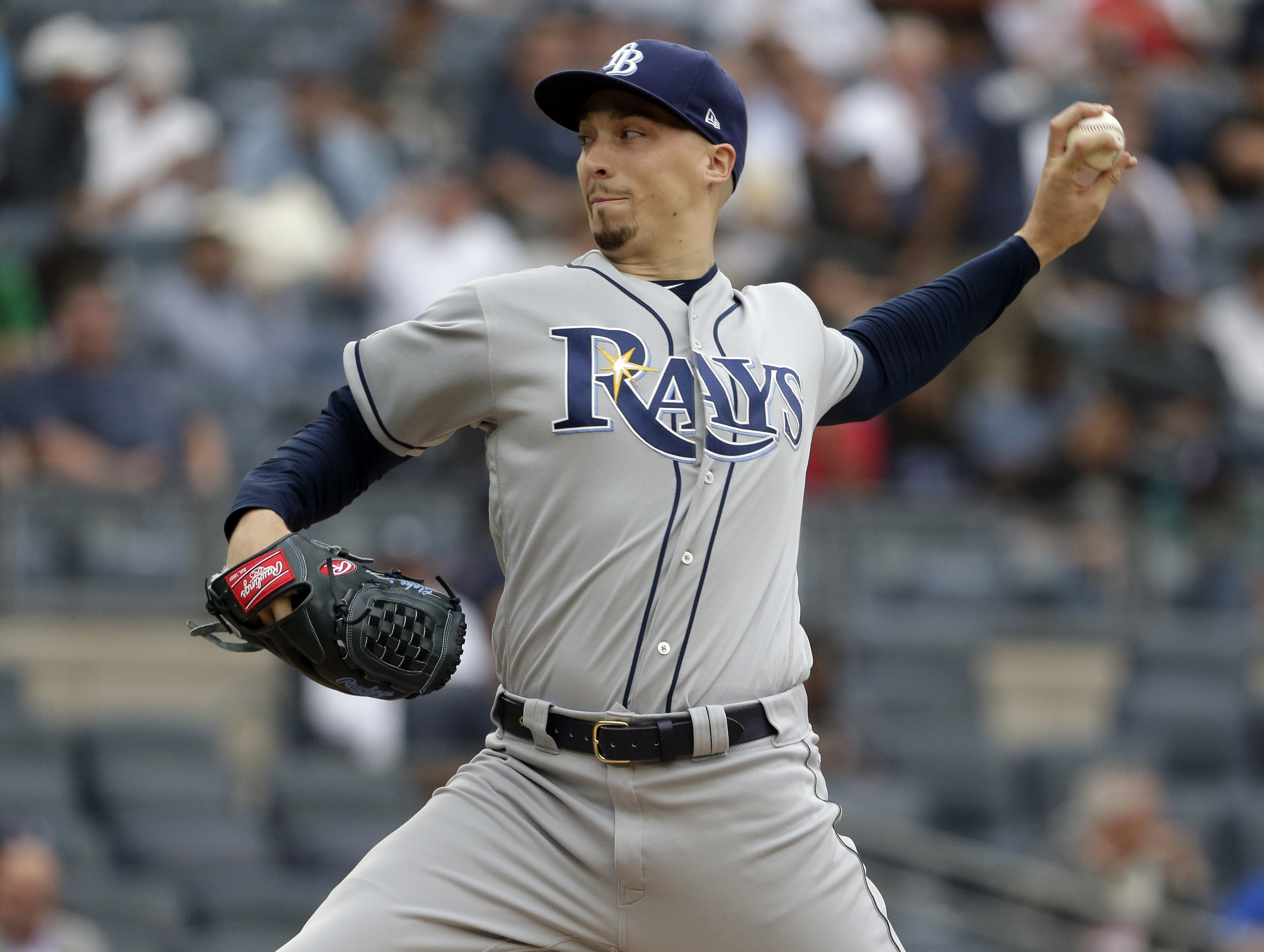 After 'I gotta get my money' rant, Rays LHP Blake Snell drops agent for Scott Boras