The San Francisco 49ers issued an apology to Colin Kaepernick for omitting the former quarterback in a photo gallery detailing the franchise's head-to-head history against the Green Bay Packers.

"Unfortunately there were a handful of obvious misses in this gallery posted by our website team and we appreciate them being brought to our attention," the 49ers said, per Josh Dubow of the Associated Press. "The 49ers organization has tremendous respect and gratitude for the contributions Colin made to our team over the years."

Kaepernick started two regular-season games against the Packers in 2013 and 2015, throwing for 572 yards, three touchdowns and an interception. He also helped lead San Francisco to a pair of postseason victories over Green Bay.

In the 49ers' 2012 divisional round win, Kaepernick threw for 263 yards and two touchdowns and ran for 181 yards and two scores, setting a single-game quarterback rushing record.

The Niners have since amended the photo gallery to include pictures of Kaepernick from that playoff game along with subsequent matchups.

Kaepernick opted out of his contract with San Francisco in March 2017. General manager John Lynch later said the team would've cut Kaepernick if he hadn't opted out, citing his poor fit with Kyle Shanahan's offense.

During his final season with the 49ers, Kaepernick began protesting during the national anthem, telling NFL Network's Steve Wyche he wanted to raise awareness about police brutality and racial injustice.

Jeff Wilson on the 49ers Bond at RB

We’ve been through similar situations. We feed off each other. 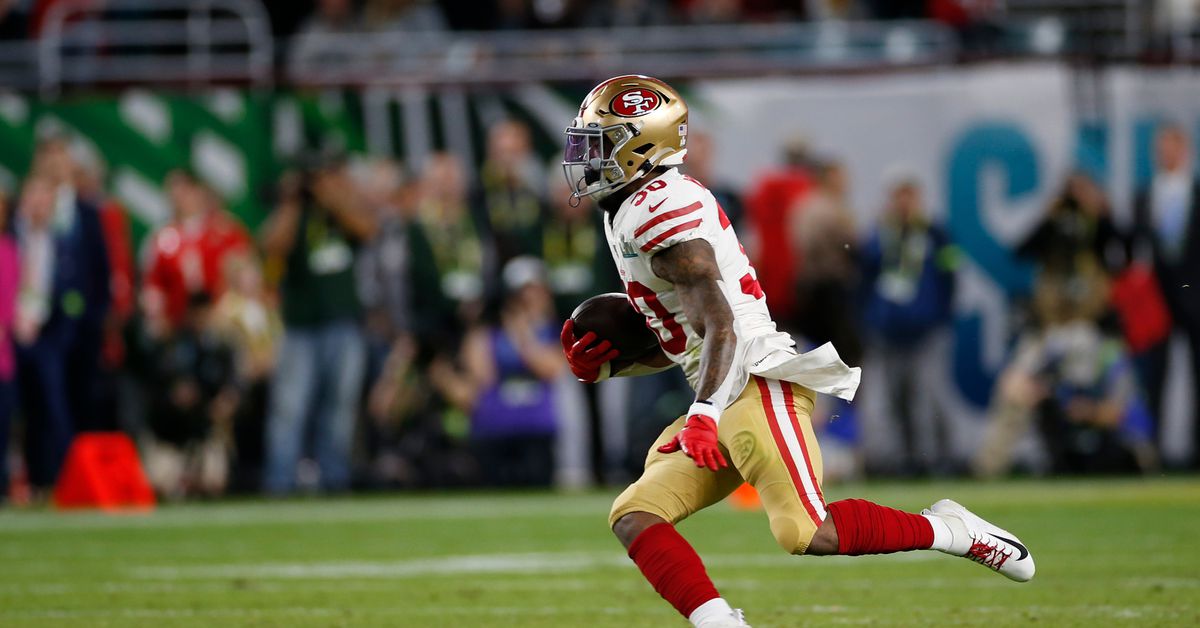 Jeff Wilson on the 49ers Bond at RB