2018 is JaVale McGee's year. In April, he released a full-length album, Pierre, which bears the name of his alter ego. In June, he won his second NBA championship with the Golden State Warriors. In July, he signed with the Los Angeles Lakers, who, with LeBron James in tow, will now take aim at Golden State. On Thursday, he will man the middle for L.A. in its season opener; it'll be McGee's first true starting gig since the 2011-12 season.

But before that happens, he's tapping back into his musical talents with a new song, "Ain't Talkin' Bout Nothin'." It officially drops Friday. McGee produced the song's beat over the summer in Atlanta, and a few of his musician friends ran with it.

You can listen to the song below (warning: contains profanity):

Just ahead of the ATBN debut, McGee called B/R to discuss music, basketball and the King. 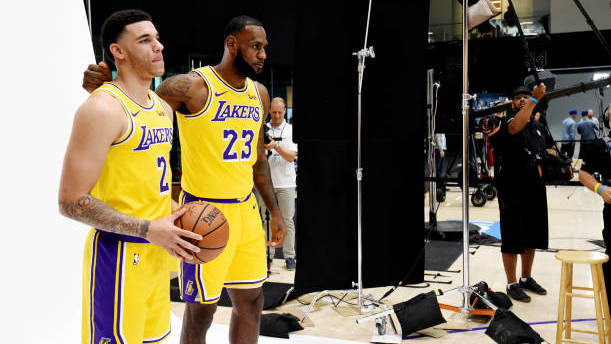 Bleacher Report: Do beats just pop into your head as you're walking around, or does it take a more direct effort for you to write music?

JaVale McGee: I gotta sit down and work through things. I'm really off and on with it. Sometimes I go in and try to write beats, but I just trash 'em, and then the next time I go in, I'll make like six beats—six legit, nice beats. I'm really particular with how it needs to sound.

B/R: Do you have a recording studio in L.A.?

JM: Yeah, I have my own studio in Inglewood, and I also have a setup in my house to just produce music. I don't record, but I produce my beats out of there.

JM: I got a mini keyboard, a computer and two speaker monitors. That's it—I just get to it.

B/R: Earlier this year, you released Pierre, a full-length album. What was the reception like?

JM: I feel like everyone who heard it, like actually listened to it, loved it. But I mean most people know me as a basketball player, so it didn't get as much clout or traction as it could have gotten.

JM: That's the conundrum I'm in. I'm on Instagram, and all my fans on my Instagram are basketball fans—like 90 percent. Ten percent are people who like the way I look or my music; you know what I'm saying?

It's hard to transfer, because everyone likes different music. I might have a guy who likes country music but likes me because of basketball. It won't transfer in his mind for the music. That's the struggle I'm going through right now: keeping basketball fans and gaining music fans, which are probably separate entities.

JM: Drake, Future, Young Thug, Migos, Lil Baby, Lil Yachty. And you see a trend for Atlanta-based rappers just because I really like the way that they make music for not necessarily dancing, but it makes you bop your head. That's more my vibe. Some R&B, but my niche I think is making more Atlanta trap-type music.

B/R: Last year, your new teammates Lonzo Ball and Kyle Kuzma had a little rap beef. Did you pay attention to that? Have you heard their songs?

JM: I did listen to some of Lonzo's music. It was pretty good. Lance [Stephenson] has some songs out that are pretty dope also. We have a pretty talented group.

B/R: Do players who produce music support each other? How much do you guys talk about it?

JM: We always talk about music, and when we're coming out with songs, we try to support each other, try to show love. During the season, the main focus is always basketball. You don't want people to take that as you're not focused on your craft, but everyone has something else they're passionate about, and music happened to be mine.

B/R: The Lakers were zipping around against Golden State the other night, running the floor, throwing lobs. It looks like you've been together for longer than you have. Why is that?

JM: Everybody's getting more and more comfortable. It's only preseason, and we're not even full-throttle at all—it's truly going to be amazing once the season starts. I'm really looking forward to it, going out there opening night against Portland, especially against two amazing guards in Damian Lillard and CJ McCollum. That's gonna be dope.

B/R: What's the dynamic like in L.A. among the veterans and the up-and-comers?

JM: Everybody's working hard—even the young guys. You usually see young guys worried about other things, but this is by far the most focused group of young guys I've been a part of. Rajon Rondo was saying yesterday that on the plane after the game, he walked up and down the aisle, and everyone was watching film. In 13 years, he's never seen anything like that.

B/R: What have you seen from Lonzo so far?

JM: I'm really impressed with his cool, calm, collected demeanor on the court. I've never seen a facial expression or anything! He'll dunk on you, shoot threes, and everything else that needs to be done out there.

JM: That's prime time. That's blood right there. We come hard and we go hard—that's all I can say about him. He's gonna have a monster season.

JM: That's the bully of the guards. At practice, we have this drill where dunks and layups are worth more than threes and mid-range shots, and that's one drill he's extremely good at, because of how strong, fast and aggressive he is.

B/R: Has LeBron looked any good?

This interview has been condensed and edited.