Swansea City have not renewed manager Carlos Carvalhal's contract at the club following their relegation from the Premier League, they have confirmed.

The Swans made the announcement on Friday:

We can confirm that the club will not be extending Carlos Carvalhal’s contract. Everyone at the #Swans would like to thank Carlos for his efforts and wish him all the best for the future. 📰➡️ https://t.co/XfNOHX6wfB https://t.co/gq3weAXKFL

"We'd like to put on record our thanks to Carlos for his enthusiasm, hard work and commitment since arriving at the club in December.

"Naturally, we are all disappointed with the club’s relegation from the Premier League, and following discussions with Carlos, we felt it was in the best interests of both parties that we move in a new direction.

"We will now be looking to appoint a new manager in readiness for the 2018-19 season.

"While there are already rumours linking us with several managers, it is vital that we identify the right person to take this team forward."

Carvalhal told Swansea's official website it was a "big pleasure" to manage the team and thanked club officials, staff and players.

He also paid tribute to the supporters: "They were absolutely fantastic during my time here, and they follow the team up and down the country with huge passion. You should be very proud of your support."

As football writer Richard Jolly noted, the 52-year-old does not have a habit of staying at clubs long term:

The former Sheffield Wednesday boss arrived on December 28 with the club bottom of the Premier League table.

After winning five of his first nine Premier League matches, which included back-to-back victories over Liverpool and Arsenal, Carvalhal had taken the Swans out of the drop zone.

When Swansea met Manchester United at the end of March, United boss Jose Mourinho said Carvalhal would keep them in the top flight and that his compatriot would deserve to win the Manager of the Season award for such an achievement:

However, the Swans would pick up just two more points for the remainder of the campaign and none in their last five games, which included a 2-1 defeat to the already relegated Stoke City at home on the final day.

Swansea were also frequently guilty of adopting a timid approach away from home, with Carvalhal's only away win in the league coming at Watford in his first match in charge.

Their relegation has been coming for some time, though. After impressively establishing themselves as Premier League regulars after getting promoted in 2011, Swansea have spent the last few seasons fighting to stay up.

BBC Sport Wales took a look at what went wrong:

The Swans' objective now will be to bounce back to the Premier League as quickly as possible, which should be part of their consideration for a new manager. 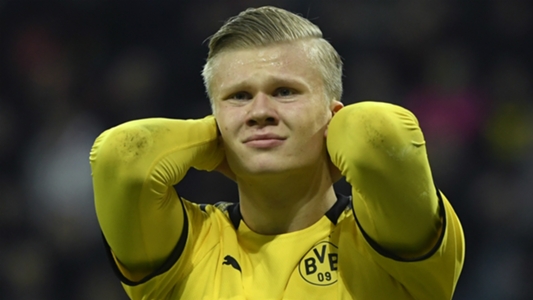