Three-year-old Justify has a chance to put his nose under the wire first in Saturday's Kentucky Derby.Jae C. Hong/Associated Press

There are a number of factors that go into determining the winner of the Kentucky Derby every year.

The overall talent of the horse is clearly an important factor, but in a 20-horse field, tactics, courage and luck may be even bigger factors in this race than they are in most.

That's often why long-shot horses often perform well in the Run for the Roses. Here's a look at the field and the post positions that were drawn Tuesday morning.

Justify is the favorite in the 1 ¼-mile race with odds of 3-1, according to Eric Crawford of WDRB. Mendelssohn is the second choice at 5-1, while trainer Todd Pletcher's Magnum Moon is the third choice at 6-1 in what should be a wide-open race.

Justify, Mendelssohn, Magnum Moon and Audible are the four favorites for the #KyDerby, and all drew decent posts. Full post positions and odds . . . https://t.co/9C4tEzl2C5

Justify will be ridden by Mike Smith and is trained by Hall of Famer Bob Baffert. Justify is a unusual Kentucky Derby entrant because he was unraced as a two-year-old.

While most horses that are legitimate Derby contenders come into their top form in the weeks and months before the first Saturday in May, they also compete as two-year-olds.

That was not the case with Justify, and no horse has won the Kentucky Derby without competing as a younger horse since Apollo accomplished the feat in 1882.

That's a lot of history for Baffert and Smith to overcome, but they can feel somewhat confident because Justify has won all three of his starts this year.

Irish stalwart Aidan O'Brien trains Mendelssohn, and this horse recorded an impressive 18 ½-length victory in the UAE Derby. That is Mendelssohn's only start on dirt in his career, but it clearly shows that this horse is a formidable talent.

O'Brien shipped the horse to Kentucky in recent days, and that's standard operating procedure for this trainer. He does not like to move his horses too early, because it takes them out of their routine before it is necessary.

Mendelssohn has won his last three races, including both races this year. In addition to his victory in the UAE Derby, he was a winner in the Patton Stakes.

Mendelssohn has won all his races at distances of one mile or greater. He will start from the No. 14 post position in the Kentucky Derby.

Magnum Moon may be a formidable challenger for the rest of the field in the Kentucky Derby. He has been to the winner's circle in all four of his races.

He was victorious in his two most recent prep races, including the Grade 2 Rebel Stakes in March and the Grade 1 Arkansas Derby in April. Magnum Moon is positioned in the No. 16 hole.

Mendelssohn leading the way on route to Kentucky #KentuckyDerby https://t.co/4i4cuJe645

While outsiders often have an excellent chance to win the Kentucky Derby, it's tough to ignore Mendelssohn after his huge score in the UAE Derby.

We are not going to make any comparisons to Secretariat, but that 18 ½-length victory was a superb effort and indicates the kind of talent that this horse has.

Magnum Moon is a worthy challenger and should be able to finish second. Bill Mott's Hofburg is a live long shot at 20-1 from the No. 9 hole, and he should be a contender as he finishes third in this race.

Racing Dudes Three Stars of the Week: Kimari Romps in the Mud

Racing Dudes Three Stars of the Week: Kimari Romps in the Mud 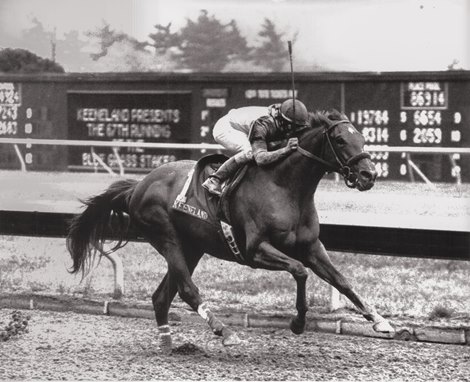 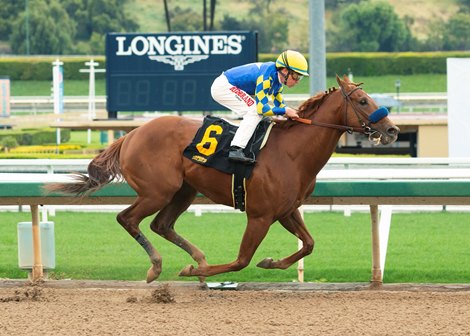