France national team manager Didier Deschamps has had his say on Paul Pogba's ongoing struggles at Manchester United, telling reporters he's sure the midfielder is not content with the situation.

Per BBC Sport, he said: "I'm sure I'll hear more about it. But of course it's a situation he won't be enjoying."

When asked why he believes Pogba started on the bench for the crucial UEFA Champions League match against Sevilla, Deschamps said: "I don't know why that is. As to why or how things came to this, there may be many reasons. I have a great deal of talks with players at our training camps, to gauge their feelings. It's not just Paul."

Pogba came off the bench in the 2-1 loss against the Andalusians on March 13 and didn't play a minute of football against Brighton & Hove Albion in the FA Cup on Saturday.

The 25-year-old has been in dreadful form since the turn of the year, with no goals and just a handful of assists. He missed time with an injury earlier in the campaign and has been playing catch-up ever since.

Pogba's issues have been a source of hilarity for rival fans, and bet365 got in on the fun:

Paul Pogba has scored 3 goals in all competitions this season. Roberto Firmino has scored his 4th of the season without looking at the goal. https://t.co/DfG76LHH1j

The forthcoming international break arrives at a good time for Pogba, who could use the opportunity to get away from the constant scrutiny and the many British pundits taking shots at him.

Some time away from United manager Jose Mourinho also might be a good idea:

Paul Pogba has 200,000 more Instagram fans than Manchester United—pity Mourinho isn’t one of them. @AlDunn80 on a loveless marriage that could be heading for divorce: https://t.co/x3Nmo8nMNO https://t.co/6uGzNFZSun

Deschamps remains a fan of the former Juventus star, building the French side around his abilities. He's likely to give Pogba plenty of minutes in upcoming friendlies against Colombia and Russia, with an eye on the FIFA World Cup later this year.

For Les Bleus to win the tournament, they will need their midfield anchor at his best, and the road to that form will start during the international break. 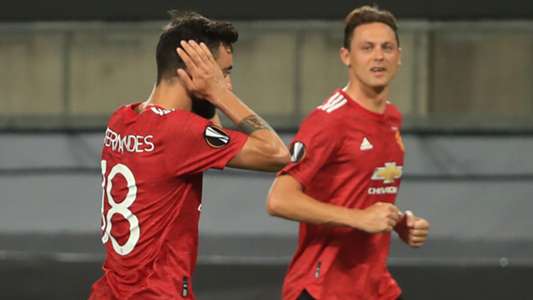