University of Virginia head basketball coach Tony Bennett gave full credit to the UMBC Retrievers, who became the first No. 16-seeded men's team to defeat a No. 1 seed in the NCAA tournament with a stunningly easy 74-54 blowout victory Friday night at the Spectrum Center in Charlotte, North Carolina.

Bennett didn't make excuses for his Cavaliers' lackluster performance at the defensive end during his postgame interview on CBS, instead praising the America East Conference champions' play, per ESPN.

"We got our butts whipped," he said. "That was not even close. And that's first a credit to the job Ryan [Odom] did. Coach Odom, their offense was very hard to guard. They shot it well. We kept getting broken down and did a poor job."

It wasn't a prototypical March Madness shocker. The Retrievers didn't need a miracle last-second shot to pull off the biggest upset in NCAA tournament history. They were simply the better team.

UMBC won the rebounding battle 33-22, assisted on 16 of its 26 made baskets and knocked down 12 three-pointers. It also held Virginia, which went 31-2 to earn a top seed in the Big Dance, to 4-of-22 shooting from beyond the arc. 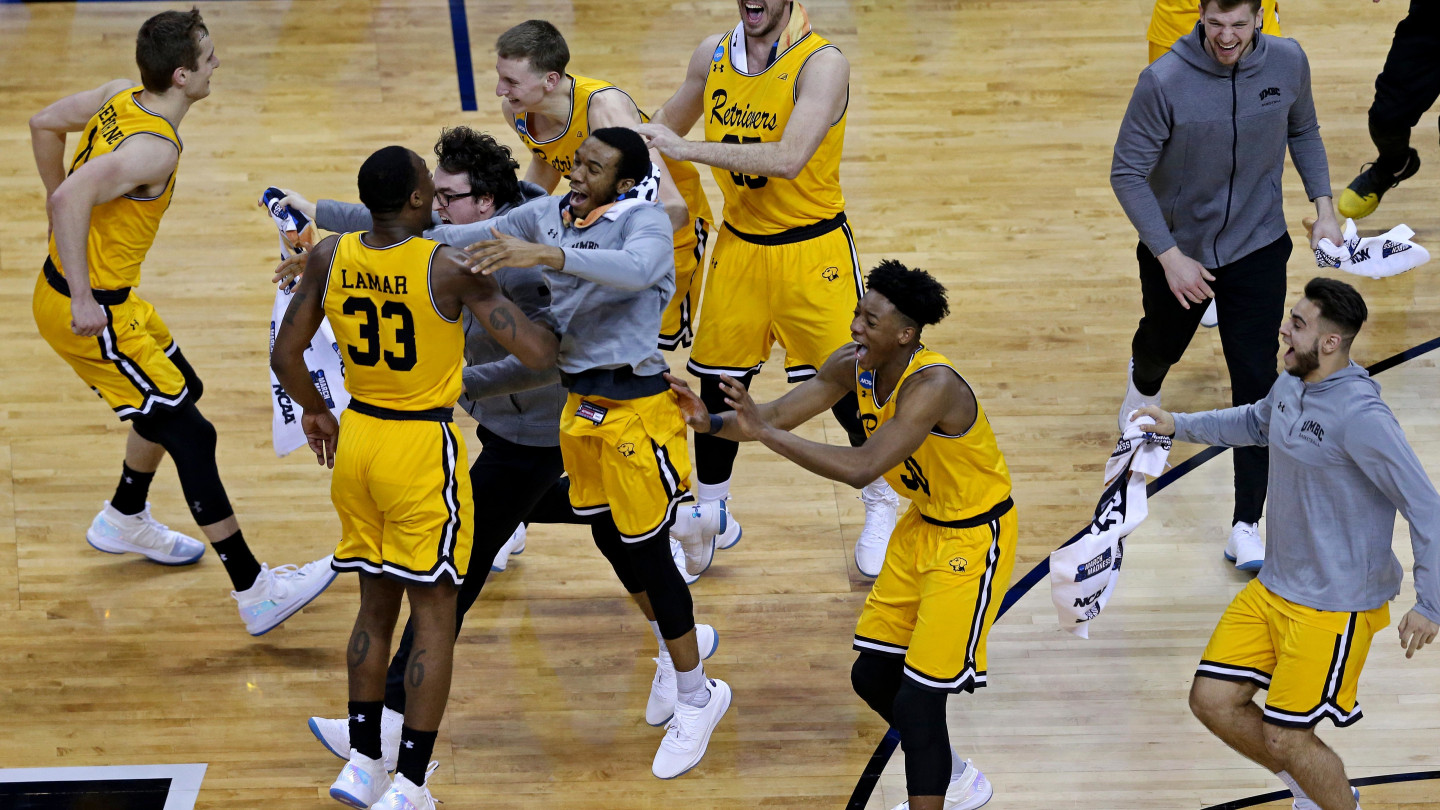 Bennett said on CBS that he explained to his players they must "enjoy the good times, and you got to be able to take the bad times." He added the Cavs still had a "historic season" based on their success in the ACC (20-1) despite the shocking, abrupt end to the campaign.

"When you step into the arena and you're in the arena, the consequences can be historic losses, tough losses, great wins, and you have to deal with that," he said. "That's the job."

Meanwhile, Brendan Marks of the Baltimore Sun passed along comments from Ryan Odom, who guided his team to the upset as 20.5-point underdogs.

"You feel for [Virginia]," he said. "But, certainly doesn't take away the happiness that I have for these guys right here. These guys have worked extremely hard to earn a moment like this. Just to go toe to toe with the No. 1 team in the country, I mean...unbelievable is all you can say."

Now the Retrievers must find a way to come down from the emotional high before they return to action against ninth-seeded Kansas State in the second round Sunday.