The Cleveland Cavaliers topped the Minnesota Timberwolves 140-138 in a back-and-forth overtime thriller Wednesday night at Quicken Loans Arena, and point guard Isaiah Thomas told reporters the signature win showed the team is capable of standing tall in the face of adversity.

"We just responded—in a positive way," Thomas said, according to Fox Sports Ohio. "We stayed together. They went on their run, and we just stayed together. And we need that. For us to have any type of success, we gotta know we're all we got. We've got to stay together, and that's big. And that comes with trust and all those other little things. Tonight was a step in the right direction because it could have went south like it has been going."

.@isaiahthomas points out the difference between how the @cavs handled adversity last night vs. tonight. #AllForOne https://t.co/GgoRfWuzuv

Those remarks came one night after Thomas took aim at the team's lack of mental fortitude following a 116-98 loss to the Orlando Magic.

"Right now, when we hit adversity, we go our separate ways," he said Tuesday, per ESPN.com's Dave McMenamin. "And that's just how I feel, and it looks like that as well."

The story differed drastically on Wednesday, when the Cavaliers matched the Timberwolves bucket for bucket in a game that featured an NBA-record 40 made three-pointers.

Thomas finished with 13 points and seven assists, while LeBron James punctuated his ninth triple-double of the season (37 points, 15 assists, 10 rebounds) by hitting a buzzer-beating free-throw line jumper over Jimmy Butler in the extra session:

With the trade deadline looming at 3 p.m. ET Thursday, Thomas said he has no desire to be dealt for the fourth time in his career.

"I'm tired of being traded," he said Wednesday, according to Cleveland.com's Joe Vardon. "That's not a good thing, but, I just want to be where I'm wanted. I like it here. It hasn't been as planned, but I definitely want to be here. We definitely have a real chance to win an NBA championship and I want to be a part of that."

If Thomas is still with the Cavaliers through the deadline, he will try to help them rip off a few more wins before the All-Star break and wipe away memories of a woeful January.

Cleveland will kick off a three-game road trip Friday against the Atlanta Hawks before clashing with the Boston Celtics on Sunday and Oklahoma City Thunder on Tuesday. 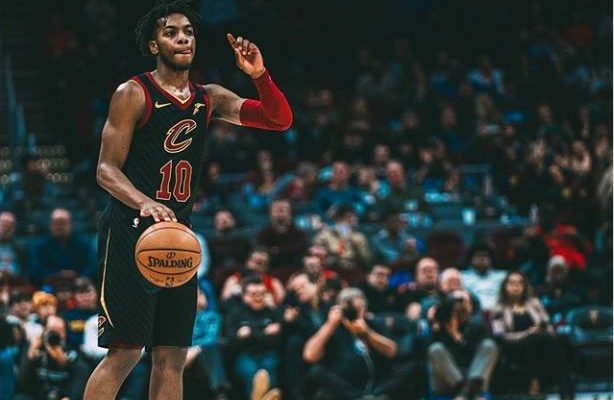