The Cleveland Browns have talent, and real, honest potential.

I know that might be a little difficult to absorb after they just made the worst kind of history by losing to the Pittsburgh Steelers 28-24, becoming only the second team to post an 0-16 record.

Entertaining any positive Browns thoughts requires even more mental gymnastics when looking beyond 2017. After all, we're talking about a team that flirted with a winless year in 2016 and finished the job in the most depressingly Browns-ian way possible in 2017. Wide receiver Corey Coleman dropped what should have been a routine fourth-down catch, ending a potential game-winning drive late in the fourth quarter Sunday.

There are two images now forever etched into Browns history, and they should be plastered all over the factory of sadness. The first is of Coleman's slippery fingers:

Can I have a perfect season ending play for the 2017 Browns season? Football Gods: "Done." https://t.co/XJYlSq11Hm

And the second is Coleman being consoled shortly after, when he looked like a little leaguer who just dropped a fly ball that cost his team a championship:

But it's more than just New Year's Eve cheer or the lingering festive spirit of the holiday season making me urge you to still embrace happy Browns thoughts in this dark time. It's also the tiniest victory.

The Browns and 2008 Detroit Lions are now tied together forever as the only teams to go through the soul-shattering misery of a winless 16-game season.

The 1976 Tampa Bay Buccaneers were taunted by a zero in their win column all year too. But the Bucs' bumbling came during an expansion year, a time when putrid play is expected and excused more easily. And more importantly for any comparison to modern times, in 1976 the schedule was only 14 games. The Lions and Browns, meanwhile, had to be extra terrible while losing two more games in their historically awful seasons.

It really isn't close in the terrible-off between those two teams, though, especially when we look at the defenses.

The Lions defense was pummeled weekly and plunged to a level far below the league's basement. It's actually amazing the Lions weren't relegated to some other league that plays its games in Antarctica because of that 2008 defense.

Detroit allowed 10 more touchdowns than any other team, which led to a stunning number: 517. That's the total points allowed by the 2008 Lions, which was 52 more than the second-worst team.

The Browns defense wasn't great in 2017 either, but it also wasn't laughably pathetic. The 48 touchdowns Cleveland gave up is tied for the league high. But that's still 15 fewer than what the Lions allowed nine years ago, and the gap in yards coughed up per game is massive as well.

The comparison isn't as favorable for the Browns when we look at the other side of the ball. But a team with an inexperienced quarterback who face-planted almost weekly still stood out in one significant area.

DeShone Kizer, the Browns' rookie passer, threw a league-leading 22 interceptions. There's never good timing for an interception, but he mastered the art of making crippling mistakes at the worst possible moment.

Kizer regularly torpedoed Browns drives and took points off the board by throwing six red-zone interceptions, which doubled the league's next-closest quarterback, according to Pro Football Reference. Yet even with his constant cratering, the Browns still nearly match the Lions in points per game and touchdowns, while averaging 40.7 more yards per game.

The real separation between the NFL's two infamously brutal teams comes when we step back and take in the overall view. Once again, there isn't much beauty. But once again, the Lions buried their low bar in a place not safe for human travel:

The Browns also lost two games in overtime, and the Lions didn't force a fifth quarter once.

That means the 2017 Browns season comes with more crushing agony, as they were so close to avoiding the worst round number and failed every time. But it also means those opportunities to win were fueled by promising young talent scattered throughout the roster.

The Browns have a whole lot of work to do as their eternal rebuild continues. However, they have solid foundation pieces in place, most notably defensive end Myles Garrett, the 2016 first overall pick who finished his rookie season with seven sacks over only 11 games.

Tight end David Njoku also impressed throughout his rookie season, piling up 386 receiving yards and four touchdowns, all on just 60 targets. Njoku is always an after-the-catch threat, and he set up a Browns touchdown Sunday with a 34-yard catch-and-run.

Then there's wide receiver Josh Gordon, who will turn only 27 years old in the offseason and dazzled with 335 yards through the air in only five games after being reinstated.

The Browns need a competent quarterback and will surely take another swing at solving that problem with one of their two top-four picks during the draft in April.

They need a lot, which is standard stuff for any team that went a full season without success where it matters most: the scoreboard. Because of that they're one of the worst teams in league history. They're just not the worst team, and right now the Browns will take any minuscule accomplishment you can throw their way.

So will a fanbase that's endured annual gut punches and hasn't seen playoff football in their city since 2002. 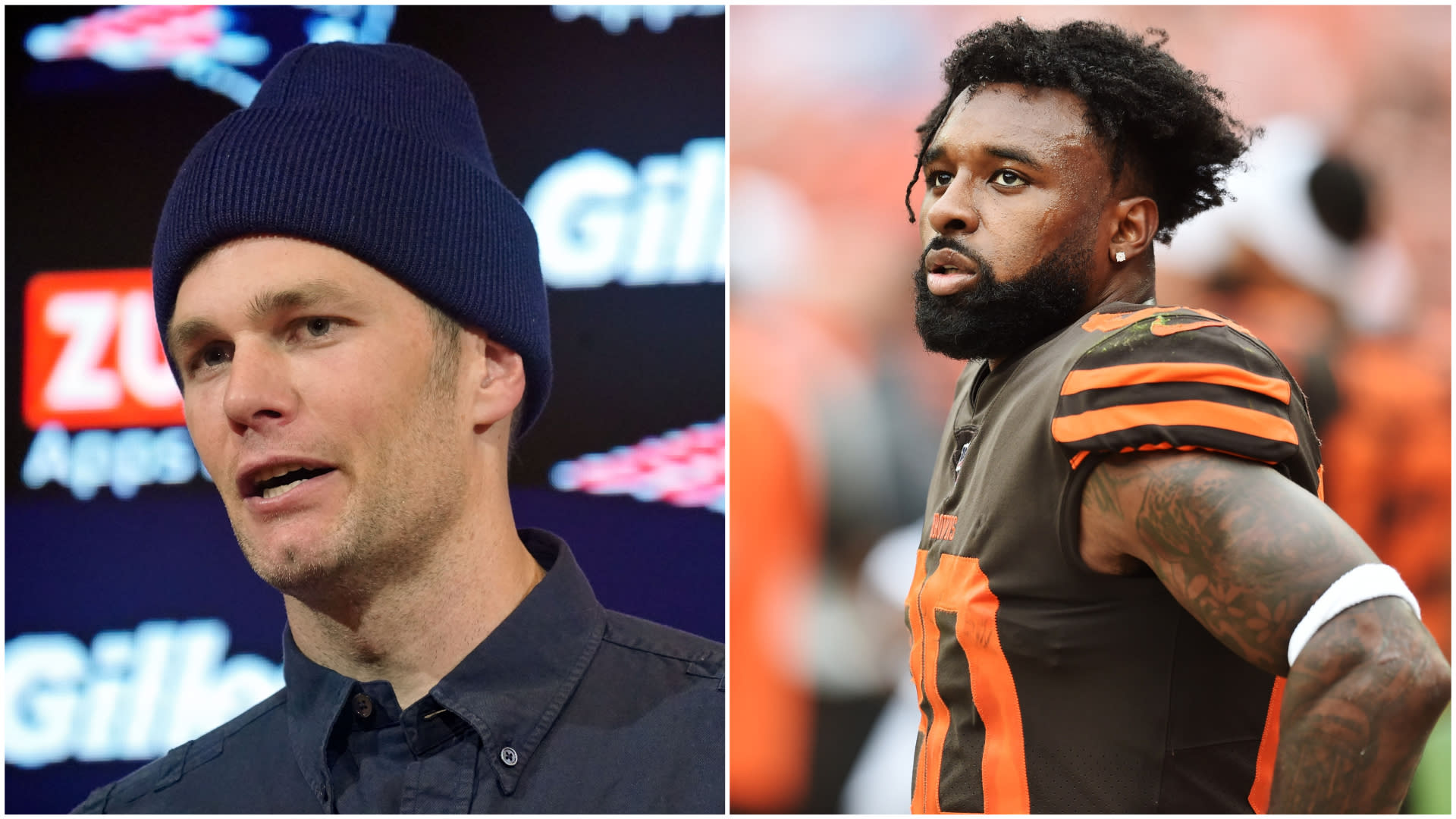