The Wolfpack built a 21-3 lead in the first half and never relented for a 52-31 win. Joe Giglio of the News and Observer broke down the rarity of the high-scoring effort:

First time NC State has scored 50+ points against a Power 5 team under Dave Doeren and first since the crazy comeback vs. Maryland in 2011 (56-41)

It was a disappointing sendoff for Sun Devils coach Todd Graham, who was taking part in his final game before being replaced by Herm Edwards.

North Carolina State ended its year with a 9-4 record, its most wins since 2010, while Arizona State finished 7-6.

The last quarter featured the most fireworks.

NC State went into the fourth up 31-10 and never allowed ASU to get within two touchdowns, but there were six touchdowns scored in a wild final 15 minutes. An incredible 42 of the 83 points in the game were scored in the quarter.

The Wolfpack took a big lead by riding Hines early, with the running back scoring the first three touchdowns of the game to help build a 28-10 advantage at halftime:

Nyheim Hines doesn't stop until he finds the end zone. @PackFootball is on the board first in the Sun Bowl. https://t.co/V0oW67Dc62

He and Reggie Gallaspy II combined for 151 rushing yards and five touchdowns, with Jaylen Samuels adding a score on the ground of his own.

Quarterback Ryan Finley only had one passing touchdown, but he was as efficient as ever with 318 yards on 24-of-29 passing.

The offense moved with ease, scoring on eight of its 11 drives. The only exceptions were one punt, one fake field goal stopped at the 1-yard line and a kneel down at the end of the game.

Meanwhile, the defense performed well in its test without star defensive end Bradley Chubb, who chose to sit out in preparation for the NFL draft. The rest of the front seven kept pressure on Arizona State quarterback Manny Wilkins, who threw three interceptions after having just five all year.

The Sun Devils struggled to move the ball early except when targeting receiver N'Keal Harry. The sophomore had four catches on a first-half touchdown drive, including this highlight-reel grab:

WHAT?! HOW did N'Keal Harry come down with this ball? https://t.co/2Zw3dxMURL

He finished off the drive with this touchdown on a fade:

Harry continued to make big plays in the second half and finished with nine catches for 141 yards.

Wilkins racked up yards against the soft defense in the fourth quarter, ending up with three passing touchdowns and a rushing score.

While North Carolina State coach Dave Doeren was recently on the hot seat, he clearly has the program headed in the right direction. Meanwhile, Arizona State will hope for immediate improvement under new coach Herm Edwards.

The five best teams outside of this year's national champs 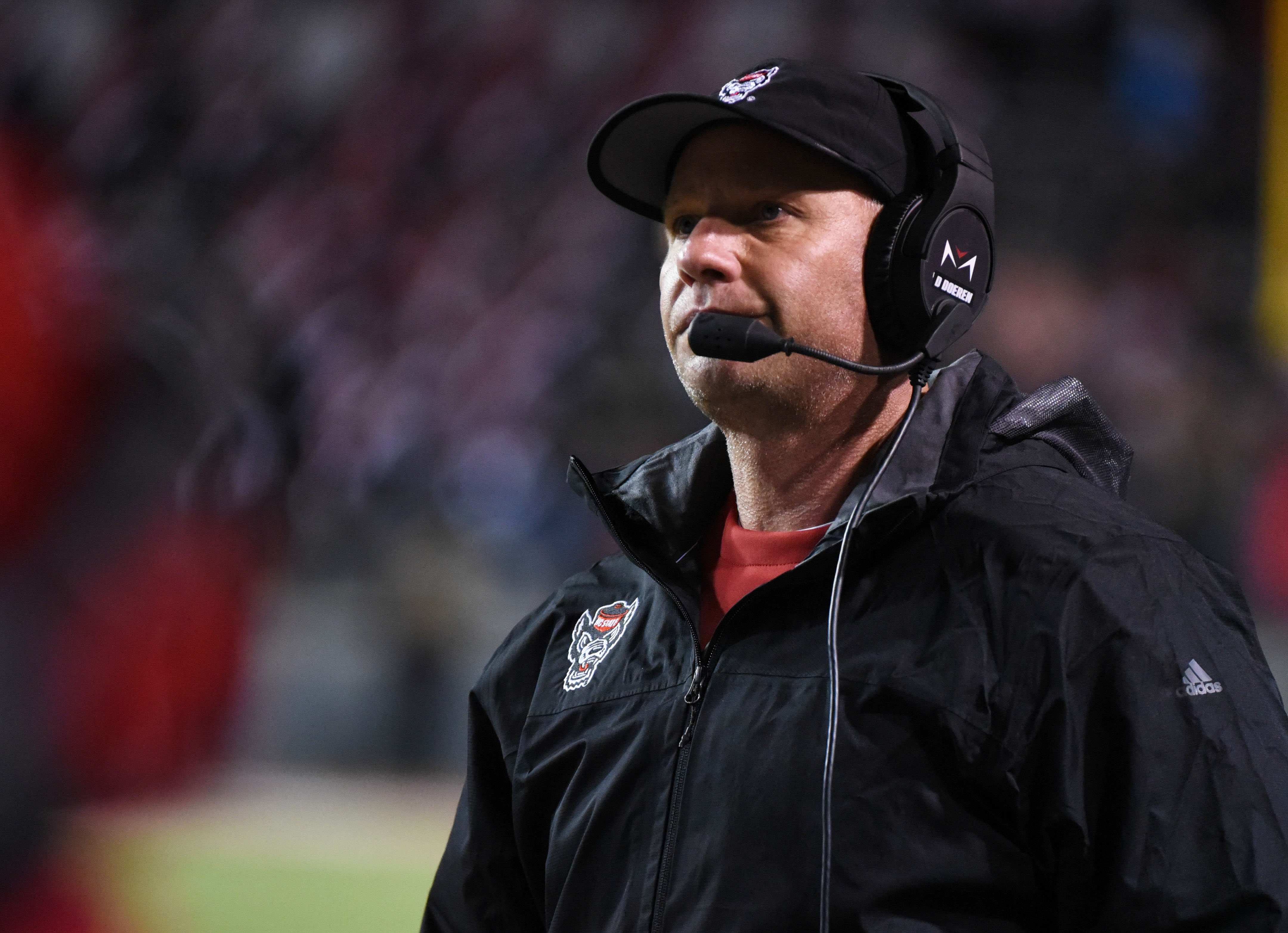