Fox Sports' Bruce Feldman reported Thursday morning that Pruitt is expected to receive a six-year contract from Tennessee. Blake Toppmeyer of the Knoxville News Sentinel added the contract is worth $3.8 million annually.

"Six days ago, I mentioned several attributes that I sought to find in the next leader of our football program, and Coach Pruitt meets all criteria" Tennessee athletic director Phillip Fulmer said in the program release. "I'm certain he appreciates the unique opportunity to lead a program of Tennessee's caliber. He's driven to win at the highest level. He will honor our university's values, operate with integrity and be a role model for our student-athletes.

"I know Coach Pruitt will hit the ground running and go to work restoring our program to a championship level."

Pruitt joined Alabama in December 2015 shortly after his predecessor, Kirby Smart, left to become the Georgia Bulldogs head coach. In two years, Smart delivered an SEC title and a College Football Playoff berth. Pruitt may need a little longer to turn the Volunteers into a national title contender.

Pruitt's hiring may not excite some fans in Tennessee. He has yet to be a head coach at the college level, so there's obviously the question as to whether he can succeed in the role. Having specialized on the defensive side of the game, he may not deliver the kind of football that's fun to watch all the time, either.

As Saturday Down South's Michael Wayne Bratton noted, though, Pruitt's record speaks for itself:

Here’s what Nick Saban said regarding Jeremy Pruitt when Kirby Smart left to take Georgia job: "There was no doubt who I was going to hire. Didn't interview anybody. Didn't talk to anybody. Just hired the guy."

Pruitt then moved on to Georgia for two seasons, helping turn the Bulldogs into one of the better defensive teams in the country. By 2015, Georgia was eighth in total defense (298.0 yards per game), ninth in scoring defense (16.9 points per game) and eighth in defensive efficiency, according to ESPN.com.

Not surprisingly, Pruitt took what was already an elite Alabama defense under Smart and helped it maintain its standing. According to Football Outsiders, the Crimson Tide were first in defensive S&P+ rating in 2016 and then third this year.

Keep in mind Pruitt had to replace Marlon Humphrey, Reuben Foster, Ryan Anderson, Jonathan Allen, Tim Williams and Eddie Jackson, all of whom were selected in the 2017 NFL draft.

Anderson credited some of Pruitt's success to how he deals with his players.

"He can relate to anybody," Anderson said to Low in January. "You see that with the way guys have bought into new roles, and guys have been able to move around and play different spots. But the big thing he does is that he lets his dogs go hunt. There ain't no holding back."

As good a defensive coordinator as Pruitt has been, he'll sink or swim as a head coach based on how he fills out the rest of his staff.

Saban is the best coach in college football, and he relies on the deepest pool of assistant coaches in the country. Dabo Swinney also owes a lot of Clemson's achievements under his watch to having two Broyles Award-winning assistants (Brent Venables and Tony Elliott) as well as another who eventually accepted the Arkansas job (Chad Morris).

Assuming Pruitt surrounds himself with strong assistants, he should make a strong foray into head coaching at Tennessee.

Pruitt's hiring also brings an end to what was generally a disastrous head coaching search at Tennessee.

The school walked back a contract offer to Greg Schiano after Volunteers fans overwhelmingly criticized the move. Then, Tennessee saw a number of possible candidates either take new jobs or reaffirm their commitment to their current school. The university also replaced John Currie with former longtime head football coach Phillip Fulmer as its new athletic director.

For many, the twists and turns throughout the search for Butch Jones' replacement were emblematic of the internal turmoil that has plagued the football program.

Despite all of the problems behind the scenes, the end result is still pretty good for Tennessee. Pruitt has been excellent at every one of his college coaching stops, and he has years of experience recruiting in the Southeast.

Although Pruitt isn't the home run hire some Vols fans will have wanted, he should have Tennessee headed in the right direction in 2018.

Two Highly-Rated Prospects are High on the Vols

Two Highly-Rated Prospects are High on the Vols

Could Brian Maurer Start at Quarterback Week 1 for Tennessee? Not according to himself 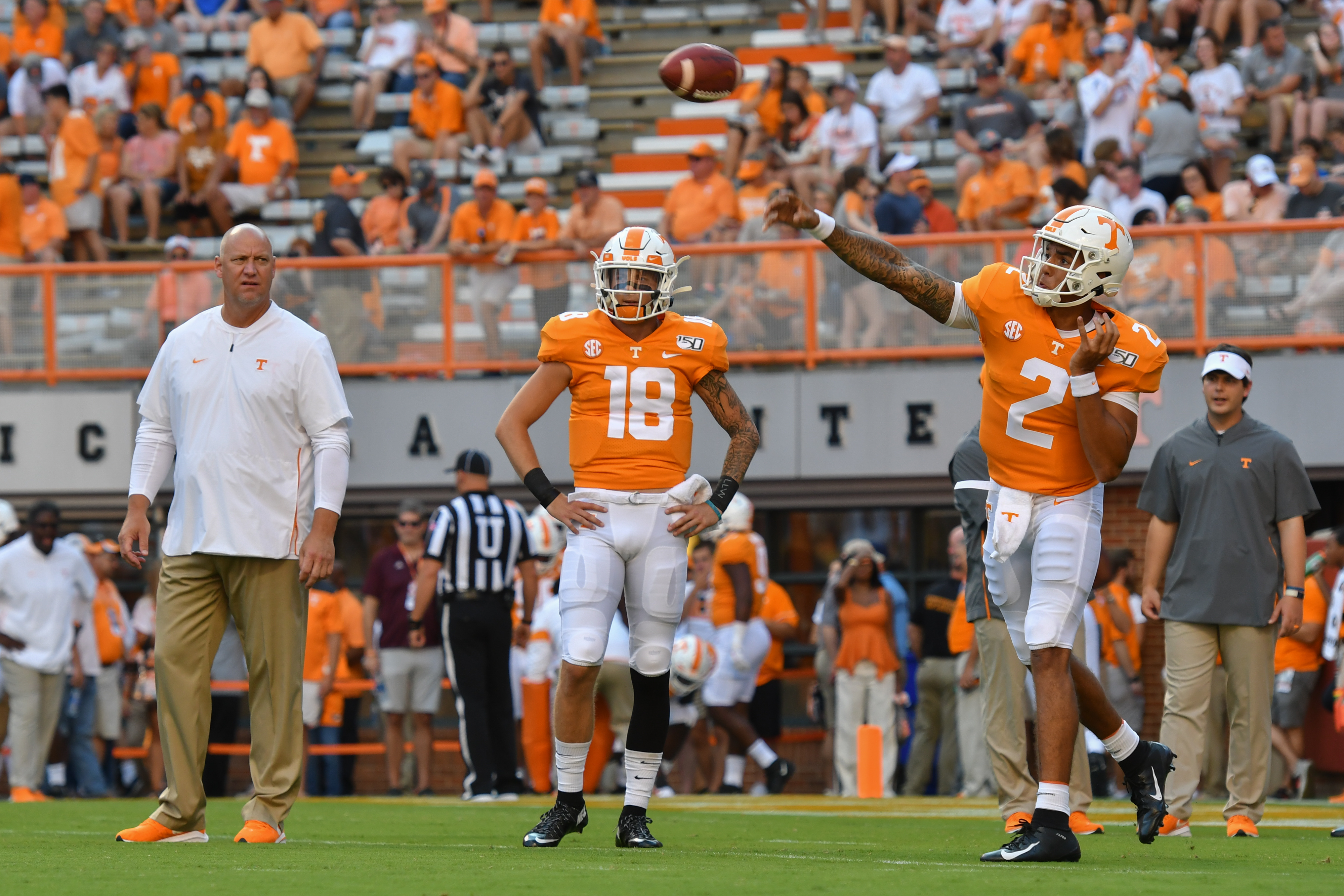 Could Brian Maurer Start at Quarterback Week 1 for Tennessee? Not according to himself