Never before has a two-loss team reached the College Football Playoff. Auburn is looking to make some history.

The simplest scenario for the selection committee includes Alabama winning out—thereby eliminating Auburn and Georgia—while Oklahoma and Wisconsin do the same. The ACC champion—Clemson or Miami—would take the final spot.

But it won't be that painless, right?

Following a 40-17 mauling of then-No. 1 Georgia—and aided by Stanford's upset of Washington and Miami's beatdown of Notre Dame—Auburn rose to No. 6 in the latest playoff rankings.

Yes, that was merely Step 1 of a challenging three-point plan. The yearly showdown with the Crimson Tide looms, and a victory will be required for the Tigers to even reach Step 3—the SEC title game. Nevertheless, the Week 11 triumph over the Bulldogs added yet another twist to the playoff outlook.

Auburn can create the primary controversy of 2017 if, after navigating Louisiana-Monroe this weekend, the Tigers win the Iron Bowl. That would drop the Tide to 11-1 and keep them out of the SEC Championship Game.

However, that doesn't mean the committee wouldn't consider Alabama one of the nation's four best teams, particularly if Auburn defeats Georgia once again for the SEC crown.

As a result, the 13-member panel could have to decide—for the sake of example—between a one-loss Alabama and one-loss Miami if the 'Canes lose to Clemson in the ACC title game and either Oklahoma or Wisconsin trip.

That's not as simple as it seems. Not only do the Hurricanes own a better strength of schedule than the Tide, per Sports-Reference, but they also dismantled a Fighting Irish squad the committee twice ranked No. 3 and that was the primary reason the Bulldogs initially held the No. 1 spot.

Conversely, Alabama's best win would be Mississippi State or LSU, pending the final assessment of a win over a Florida State team that featured quarterback Deondre Francois.

After all, we can't expect everything to go perfectly, right? We've discussed that in previous weeks, and it remains true. That's also a good reminder Auburn's involvement in this conversation is only relevant if it keeps winning.

The Crimson Tide could render it useless if they celebrate an Iron Bowl victory for the fourth straight year. Then, we'd have to work out SEC Championship Game scenarios, such as whether Alabama losing to Georgia would harm one-loss Oklahoma. That would involve a complicated dance of deciding whose victories were more impressive—in this case, OU's road win over Ohio State or Bama's road win over Auburn.

There will be intrigue right up until the selection committee unveils its final rankings no matter what happens. Uncertainty will linger at its maximum level, however, if Auburn earns a spot in the SEC title game and leaves Alabama on the doorstep.

No Seat at the Table for UCF

No matter what UCF accomplishes, it won't satisfy the committee.

That's the ugly truth of the situation, despite the program's 9-0 record. UCF's three CFP rankings this year have been 18th, 18th and 15th. Last year, Western Michigan climbed no higher than 15th while finishing its pre-bowl slate 13-0.

It's a shame, since the Knights are a seriously fun team. McKenzie Milton should be receiving more attention as a vote-getter for the Heisman Trophy. The sophomore quarterback has helped Scott Frost's team register the highest scoring average (48.6) and fifth-most yards per game (538) in the FBS.

Plus, the defense is safely above average. The one-handed Shaquem Griffin is the leader of the unit, which has notable ranks in several major categories—such as interceptions (T-18th), scoring (29th), completion percentage (29th), yards per pass attempt (38th) and yards per carry (51st). 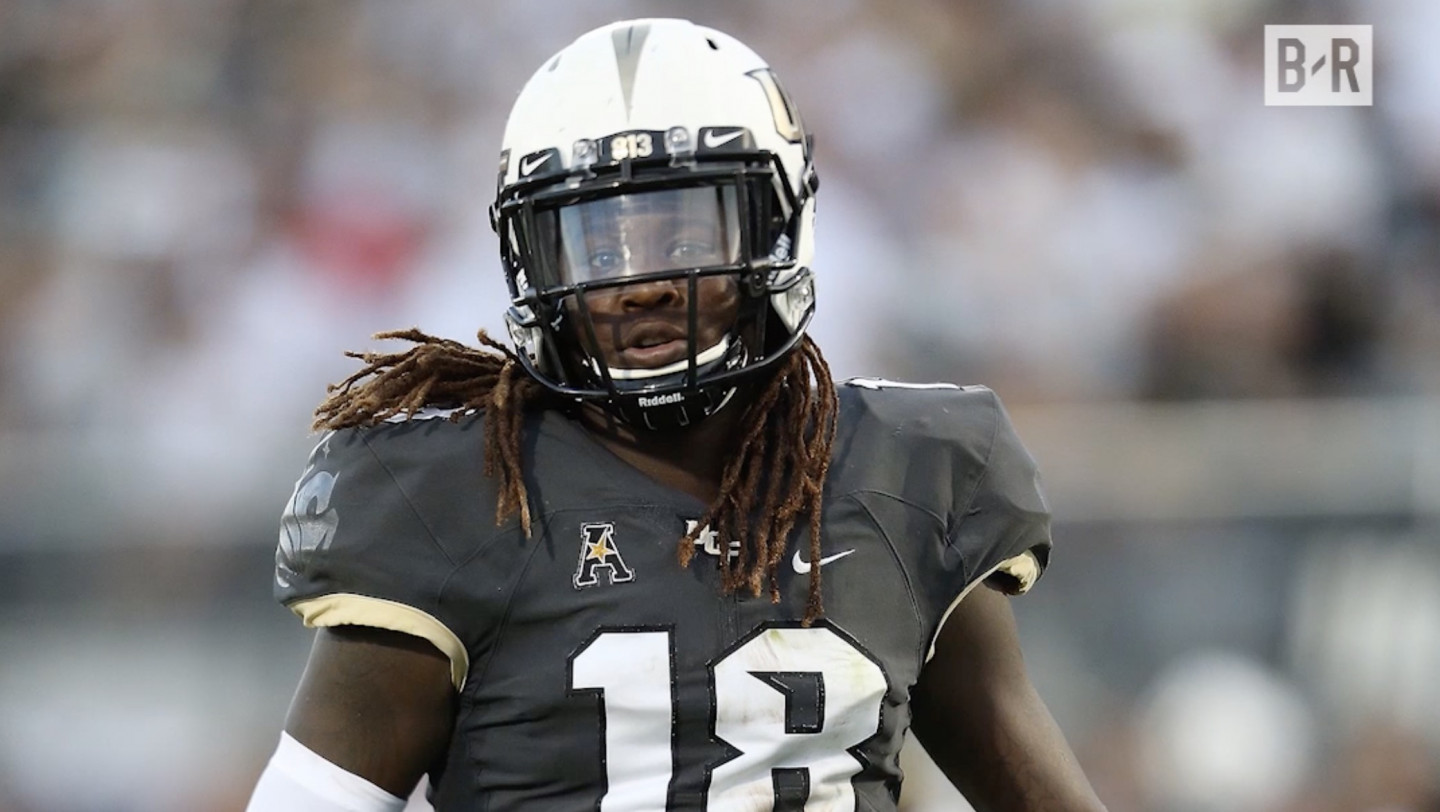 But a 9-0 record isn't enough. Seven victories by 25 or more points aren't enough. A 40-13 beatdown of a ranked opponent (No. 21 Memphis) isn't enough. No matter what happens against South Florida in 10 days, it won't be enough.

Instead of being in the conversation for the playoff, the Knights are merely the favorite to earn the Group of Five's berth in a New Year's Six game. Presumably, that would be the Peach Bowl against an ACC or SEC opponent.

While it'd be a tremendous opportunity to showcase the program, it's certainly less than UCF would prefer.

The Hurricanes embraced an "us against the world mentality" while they consistently side-stepped unranked foes. Over the last two weeks, Miami dominated its toughest opponents and reversed the narrative about it.

Following a 41-8 obliteration of Notre Dame, there is no shortage of respect. The Canes climbed to No. 2 in the AP poll and No. 3 in the playoff rankings.

What happens next? The program hasn't been a national championship contender in more than a decade, so these players haven't enjoyed this type of praise while at The U.

"It's uncharted territory for most of our guys," offensive coordinator Thomas Brown said, according to Matt Porter of the Palm Beach Post.

Miami has clinched the Coastal division and will take on Clemson in an ACC Championship Game that figures to hold CFP implications. But now the Hurricanes are respected nationally. Virginia and Pitt would love to steal some of the spotlight when it's shining brightest on Mark Richt's club.

Sure, an upset seems unlikely. Nevertheless, most of us suggested the same thing before Iowa State toppled Oklahoma. Or before Syracuse clipped Clemson or Iowa hammered Ohio State. The smallest spread of those three matchups was 20.5 points, per OddsShark.

Miami is a 19-point favorite against Virginia. The line shouldn't be terribly different when it visits Pitt. Wilder things have happened.

Getting to the top of the rankings is difficult, but staying there is even tougher. And it's a challenge these Hurricanes have never encountered.

The Pac-12 Is Almost Out; Ohio State Is Alive

Washington's slip-up at Stanford basically removed the Pac-12 from consideration. The conference's only route to the periphery of the discussion is if Wisconsin loses to Michigan and Minnesota and then defeats Ohio State in the Big Ten Championship Game while No. 11 USC finishes 11-2.

And that's simply to have a voice heard.

No. 9 Ohio State, on the other hand, has a straightforward path to sneaking in as the No. 4 seed: Alabama, Miami and Oklahoma win out, and Wisconsin drops a game opposite either Michigan or Minnesota before falling in the Big Ten title tilt.

Though a loss by the Badgers to the Wolverines or Golden Gophers might not be required, the Buckeyes would be in a delicate position without it if their championship game victory isn't a blowout. Otherwise, Wisconsin would have one fewer loss, three matching Big Ten wins and an emphatic triumph over Iowa, which smashed Ohio State.

Urban Meyer's crew benefited from the committee's penalizing 2016 Penn State for its 39-point loss to Michigan despite the Nittany Lions' head-to-head win over Ohio State and conference championship. Consequently, the Buckeyes shouldn't be shocked if a 31-point loss proves their undoing.

As with any hypothetical, there's a caveat: None of this will matter unless Ohio State finishes its schedule 3-0. Plus, straightforward doesn't mean probable. The chances of those results aligning perfectly for the Buckeyes are slim.

Nevertheless, Ohio State should be thrilled it's still in the picture, no matter how improbable an ascent may seem. 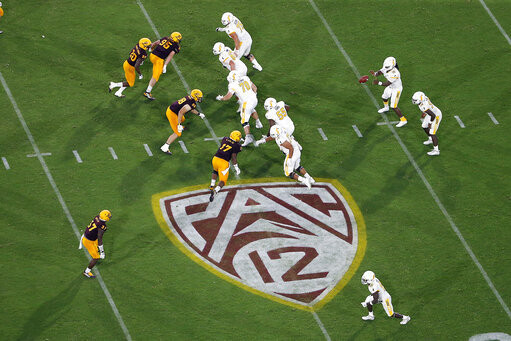