Oakland Athletics catcher Bruce Maxwell said a waiter in Alabama refused to serve him because he knelt during the national anthem earlier this MLB season.

In an interview with TMZ Sports, Maxwell said he was eating with a city councilman when the waiter said he wouldn't serve the group. After voicing its concerns to restaurant management, the group was granted a different server.

Maxwell became the first MLB player to protest during the anthem when he took a knee before Oakland's 1-0 win over the Texas Rangers on Sept. 23.

Jane Lee of MLB.com shared Maxwell's statement about his decision to join the protest movement:

Former San Francisco 49ers quarterback Colin Kaepernick sparked the campaign when he remained seated during a preseason game last year. He told NFL Network's Steve Wyche he was "not going to stand up to show pride in a flag for a country that oppresses black people and people of color."

Although Kaepernick remains unsigned after opting out of his contract with the 49ers, numerous NFL players have followed in his footsteps, which has drawn the ire of President Donald Trump.

Maxwell told TMZ Sports he has become friends with Kaepernick.

"His friendship definitely helps," Maxwell said. "His guidance comes through that. And just being able to use him as a sounding board some days does me some good." 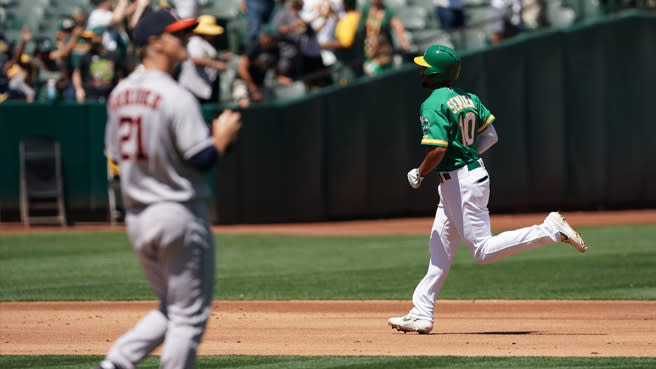