Myles Garrett is the real deal, a Hall of Fame battle royal is brewing and why Brian Urlacher hates Jay Cutler.

NFL training camp is a dangerous time. Teams and the media hype guys who'll be cut in a few weeks. Wild pronouncements are made. Declarations get all declarative. Rookies are fit for their Hall of Fame busts.

But in rare cases, the hype is legit. It looks like that might be the case with Browns rookie pass-rusher Myles Garrett.

At Browns training camp this week, the buzz about Garrett was loud and sustained. His play on the field, his ability to learn and the speed at which he's adapted to the NFL has amazed almost everyone in the organization.

"He's got a lot of talent, and you can see he has a lot of potential to be something special," quarterback Brock Osweiler told B/R.

Garrett appears as though he may avoid that fate, however. He picks up defensive schemes quickly and seems unfazed by the pressure of being the No. 1 pick. That ability to stay cool is vital for a rookie.

Young players who keep an even demeanor and roll with the various punches the NFL delivers often have the most success. A number of other factors influence their career outlook, such as injuries and the talent that surrounds them, but dedication and calmness are among the more important qualities.

In Garrett's case, there's also an undeniable physical dominance that recently was on full display in camp, according to Mary Kay Cabot of Cleveland.com. Early in the practice, Garrett unsuccessfully bull-rushed Joe Thomas, one of the best offensive linemen in football. Later that day, Garrett took an outside rush and blew past him.

"Myles is very fast," Thomas told Cabot. "That's my thought on Myles Garrett. He's doing an amazing job. I can easily see when he's out there the reasons why you make him the No. 1 pick. He's got an athleticism, an ability to bend and run that few players in the NFL have, and the way he works at it, the way he analyzes his game after every practice, the way he studies, it's easy to understand why he was the consensus No. 1 pick."

It's early, I know, but my goodness does he look good.

And he has a chance to be stunning.

2. The Browns Might Have Something in This Hue Jackson Guy

Add Osweiler to the list of many Browns players who have effusively praised head coach Hue Jackson.

"Coach Jackson is one of the best coaches I've ever been around," Osweiler told B/R this week. "He knows the best way to get the most of you. He knows what buttons to push in all of the players, from the starters to the non-starters. He gets the most from the players."

He simulates shooting a bow-and-arrow. No throat slash. Nothing obscene. Just a simple shooting of an arrow.

The NFL feels differently. League official Carl Johnson explained during a visit to Redskins camp that any celebrations involving imaginary weaponry use will be flagged, whether performed on the field or sideline, according to Liz Clarke of the Washington Post and other media outlets. The sideline part is curious because such a celebration would be, you know, on the damn sideline.

Norman made an even better point.

If stadium celebrations using imaginary weaponry are banned, why are teams like the Patriots and Buccaneers allowed to do just that? Both franchises shoot off fake weapons—cannons by the Bucs and muskets by the Patriots.

"If one of them is bad and looked at as dangerous, how come not all of them are looked at in that way?" Norman asked ESPN's John Keim.

That is a fair question. The NFL doesn't have a legitimate answer.

4. Another Player Wakes Up to a Grim Future

Boomer Esiason, the former NFL quarterback and now radio host for WFAN in New York City, said on his Monday show that he likely has the brain disease CTE, according to the New York Daily News. Esiason added he believes every NFL player likely has it.

Esiason's comments are similar to what I have heard privately from current NFL players. One told me bluntly: "I just assume we all have it."

5. Next Year's Hall of Fame is Must-Watch

Among all of the players up for induction in next year's Pro Football Hall of Fame class, three truly stand out: Randy Moss, Ray Lewis and Brian Urlacher.

Urlacher was one of the best pure athletes I've ever covered. He also was one of the most underrated. That may not change if he is inducted in the same class as Lewis, whose presence over the game was—and remains—sizable. That could make for some interesting debates.

More uncertain is the candidacy of Moss. Voters have kept Terrell Owens out more than once already, as some voters argued Owens wasn't a good teammate.

Neither was Moss. So how do you rationalize Moss getting into Canton and not Owens? By saying Moss was a better player? Maybe, but it's damn close.

Getcha popcorn ready; there are going to be some major fights next year.

According to a number of NFL sources, at least a half-dozen teams have reached out to retired wide receiver Calvin Johnson to gauge whether he would consider returning to the field, but Johnson has said no. Still, the attempts to convince Johnson to make a comeback have been fairly fierce.

Even if Johnson wanted to come back, there's a problem. He retired as a Lion, so the Lions still control his rights. Another team would have to work out a trade to get him on its roster, like the Raiders did to acquire Marshawn Lynch.

7. Cowboys Keep Smiling Through the Rain

It isn't just Cowboys owner Jerry Jones who believes the NFL won't punish running back Ezekiel Elliott. I spoke to Cowboys sources this week who are likewise convinced that when the NFL finishes its investigation into accusations Elliott committed acts of domestic violence, their star running back will not be suspended.

Along with Jones, they are the only ones who think the league will leave Elliott alone, though.

The investigation taking this long doesn't bode well for Elliott. I know how the league works. It doesn't take this long and not punish a player.

Could he walk away clean? Sure. But it remains unlikely.

In January, Andrew Luck had surgery on his throwing shoulder. Seven months later, no one seems to know when he will return. I asked one Colts player, and his response was blunt: "I have no idea. It's all being kept really quiet."

So far, however, no one is leaking anything.

Sometimes a single tweet can perfectly encapsulate something, like this one regarding the putrid state of Jets quarterbacking.

Read that again, and remember the Jets are a professional football team.

Want to know why Jay Cutler isn't beloved by former teammates? Take this example told to me by a former player who knows Cutler and his former teammate, Brian Urlacher:

"Brian [was] beloved by every teammate he's ever had. The consummate professional and surprisingly polite for the physical way he played. He reached out to Cutler for three [years] once they became teammates. Invited him to dinner, golf, his house, etc. Nothing. Cutler never reciprocated."

This would explain why Urlacher disliked Cutler and expressed it publicly.

Ward Learning a New Press Coverage Technique on the Fly 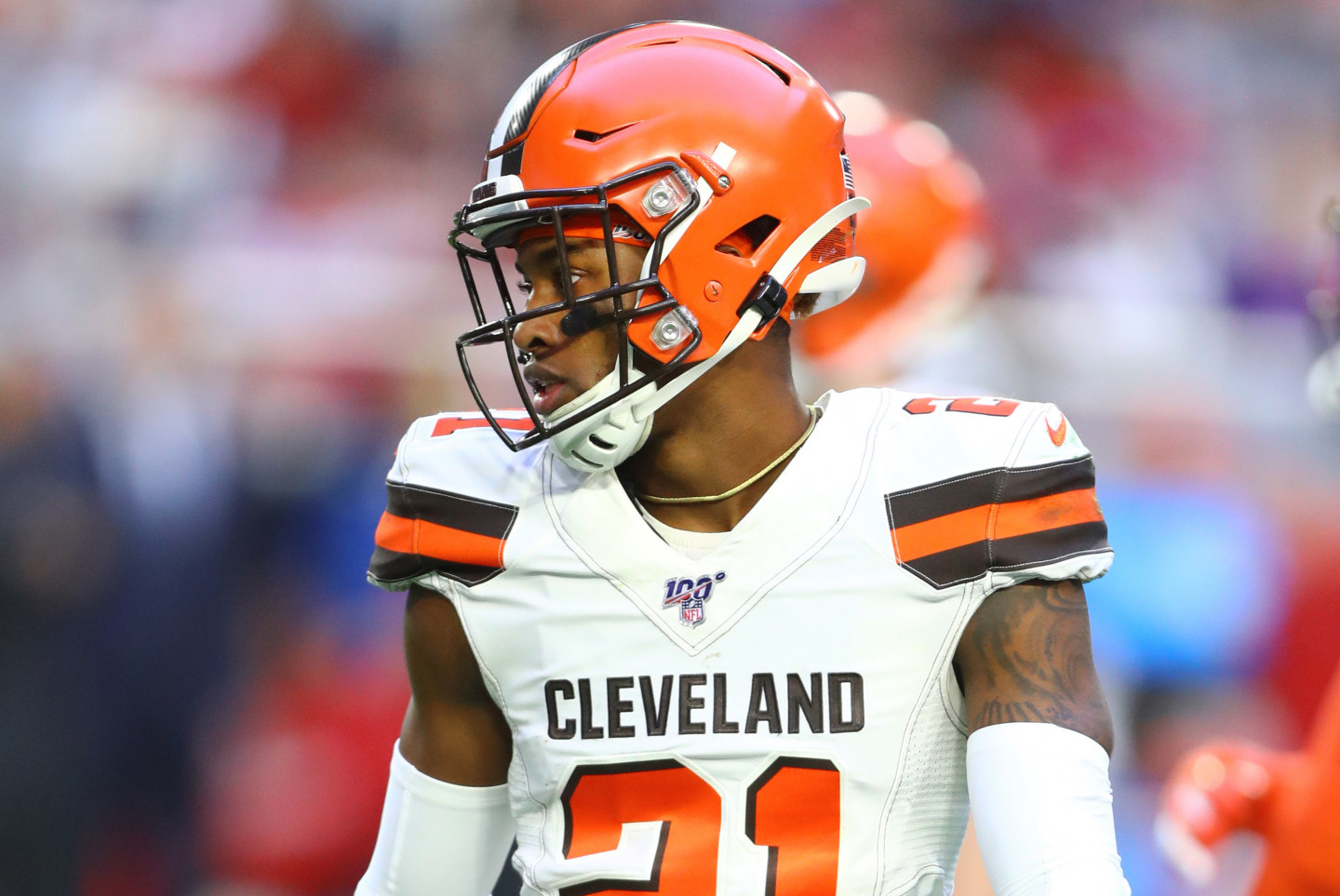 Ward Learning a New Press Coverage Technique on the Fly