Joel Embiid doesn't have any regrets about going after LaVar Ball.

Shortly after the NBA announced it had fined the Philadelphia 76ers center $10,000 for saying "F--k LaVar Ball" on Instagram, Embiid told the Variety Sports and Entertainment Panel on Thursday he was "glad" he voiced his opinion in profane terms.

"I think most people have been wanting to say that," he said, in video captured by Sports Illustrated's Avery Yang. "I'm glad I said it."

Embiid's complete remarks can be viewed below (warning: NSFW language):

Joel Embiid on saying "Fuck LaVar Ball" on Instagram: "I think most people have been wanting to say that ... I'm glad I said it." https://t.co/szJgV8fa6P

"You gotta use cuss words when you don't have no intellect," he said, per TMZ Sports.

"He's not intelligent at all. He's worried about me? He should be worrying about playing. I got three words for him: Can't. Play. At. All. Oh shoot, that's four."

Embiid's seemingly never been enthused by Ball's outspoken nature, and he implored teammate Ben Simmons to try and embarrass his son, Lonzo Ball, when the Sixers clash with the Los Angeles Lakers next season:

Please dunk on him so hard that his daddy runs on the court to save him.. https://t.co/cMvt5RYiSQ

It may be a few years before the Sixers and Lakers develop a full-blown rivalry, but it's clear the two sides are well on their way to establishing some beef if the Ball-Embiid saga has been any indication.

Sixers Look to Keep Things Rolling at Home Against the Bulls 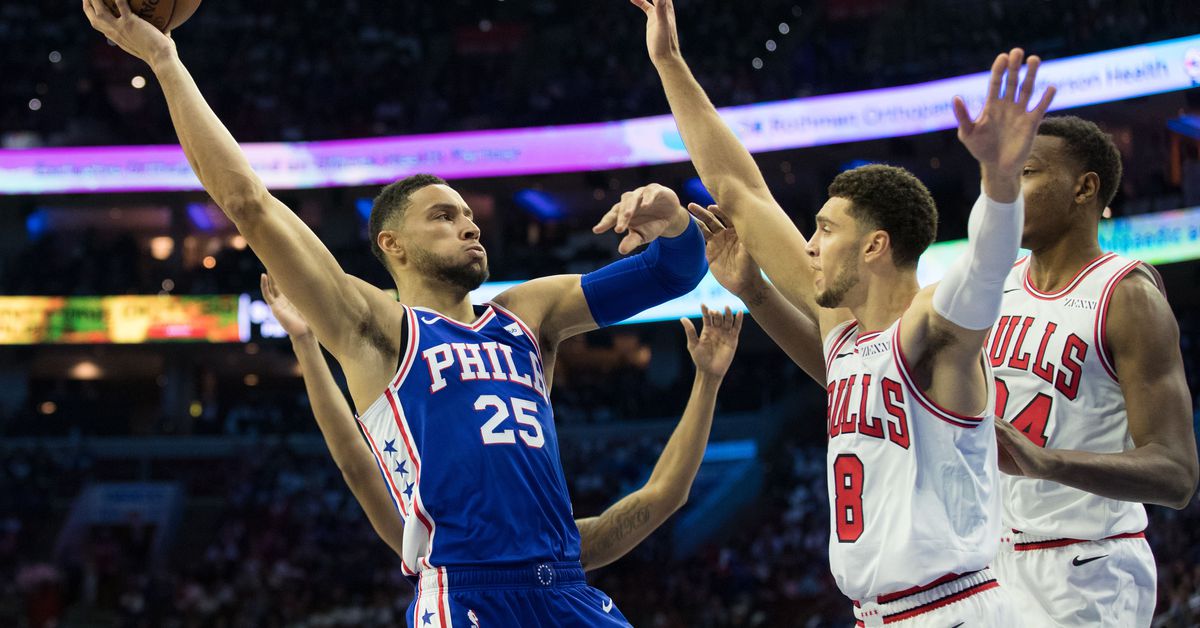 Sixers Look to Keep Things Rolling at Home Against the Bulls