Oklahoma City Thunder forward Paul George has long been rumored to have interest in playing for the Los Angeles Lakers, but PG-13 pumped the brakes on the narrative Tuesday.

In an interview with Lee Jenkins of Sports Illustrated, George expressed his belief that his perceived desire to play for the Lakers has been blown out of proportion:

"I grew up a Lakers and a Clippers fan. I idolized Kobe [Bryant]. There will always be a tie here, a connection here. People saying I want to come here, who doesn't want to play for their hometown? That's a dream come true, if you're a kid growing up on the outskirts of L.A., to be the man in your city. But it's definitely been overstated. For me, it's all about winning. I want to be in a good system, a good team. I want a shot to win it. I'm not a stats guy. I'm playing this game to win and build a legacy of winning. I've yet to do that. I'm searching for it. If we get a killer season in Oklahoma, we make the conference finals or upset the Warriors or do something crazy, I'd be dumb to want to leave that."

George can become a free agent next offseason, and Sam Amick of USA Today reported in February that the star is "hell-bent" on joining the Lakers when he hits the open market.

In April, Mitch Lawrence of Sporting News reported George didn't make his desire to sign with the Lakers a secret within the Indiana Pacers locker room.

George did make it clear he wouldn't re-sign with the Pacers, which led to his trade to OKC for guard Victor Oladipo and big man Domantas Sabonis. 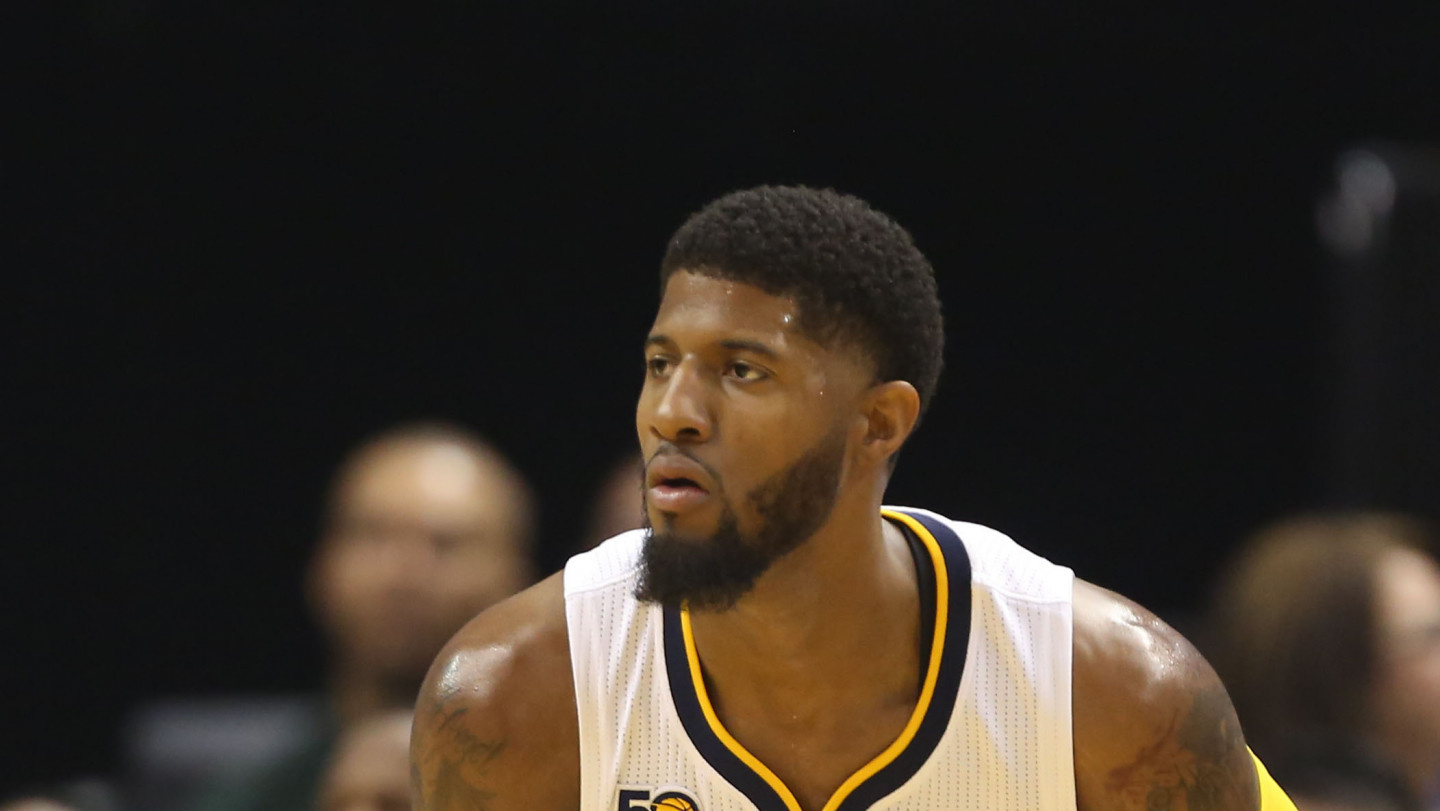 The 27-year-old George is a four-time All-Star who is coming off one of his best statistical seasons after averaging a career-high 23.7 points per game to go along with 6.6 rebounds, 3.3 assists and 1.6 steals.

In Oklahoma City, George will join a Thunder team that fell in the first round of the Western Conference playoffs last season to the Houston Rockets.

That was essentially a one-man operation with MVP Russell Westbrook running the show; however, OKC once again has two legitimate superstars with George replacing Kevin Durant for now.