If you are a Cleveland fan in either football, baseball, or basketball, and can honestly say that there is no curse hanging over the entire city of Cleveland sports:

You're in complete denial. Which is fine. But honestly—just because you don't believe there is one certainly doesn't change the fact that there actually is.

You just started watching Cleveland sports. Which, again, is fine. Welcome aboard. The first thing you need to know about Cleveland sports is our slogan: "There is always next year"

You ignore the facts. And the fact is: Cleveland is a cursed city when it comes to sports. The facts, pictures, videos, stats, anything you need to look up to prove this curse is real. They are all available.

What I'm about to do is give you pretty much the entire rundown of everything that has happened to Cleveland over the years. This is a curse that surpasses anything that Red Sox fans claim they had, or that Chicago Cubs fans still cry about. This is truly a curse that may never be broken.

If you are a baseball fan, you have seen "The Catch" replayed on ESPN, or some other sports program. It is called by many the greatest catch to ever be made in the Major Leagues.

"The Catch" was made in the top of the eighth inning, with Indians runners on first and second. The ball was said to have been hit 450 feet straight to center field, when Willie Mays made the over the shoulder catch that prevented any runs form being scored.

The Catch set the tone for the rest of the series. It was made in Game One and the Cleveland Indians preceded to be swept by the New York Giants.

I'm so sorry, Cleveland Browns fans—but this is just the beginning of the football side of this curse.

But in the first round of the 1981 playoffs, he was unable to pull off the miracle against the Oakland Raiders. The play he called was "Red Right 88." The play was meant to be a touchdown pass. Instead, it was thrown for an interception—which put the nail in the coffin for the '80-81 Cleveland Browns.

I don't need to say a whole lot about this one. If you have never heard of "The Drive," then I'm not sure what you are doing on a sports site to begin with.

What happened here was Elway working some magic—something Cleveland teams do not have.

With the Browns leading 20-13, Elway and his Broncos took over on their own two-yard line with 5:32 remaining in the game. Elway led his team all the way down the field and tied the game with little time remaining. The Broncos ended up winning in overtime by a field goal.

The funny thing was that sources say that when the drive first started—on the two-yard line—Broncos offensive guard Keith Bishop said of the Browns, "We got em right where we want em."

One whole year after Elway led his team the entire length of the field in "The Drive," the Browns again found themselves in the AFC championship against the Broncos.

Down 38-31 with less than a minute to play, Earnest Byner fumbled, turning the ball over on the three-yard line, giving the game to the Broncos. For the second straight year, the Browns came home after a devastating loss to the Broncos in the AFC championship game.

Another classic that Cleveland sports fans can't seem to forget. Jordan hit a jumper with six seconds left to give the Bulls their first lead at 99-98. Following a Cleveland timeout, Craig Ehlo inbounded the ball, received a return pass, and scored on a driving layup to retake the lead with 3.2 seconds left.

Chicago then called a timeout. I am pretty sure most Cleveland fans already knew what was about to happen next. The inbound pass came to Jordan at the foul line, where he then shot the ball, sinking it, and sending the Cavs and the whole city of Cleveland home in complete agony.

Cleveland had arguably the greatest lineups of all time "on paper." After years of rebuilding, the Tribe finally made the World Series after winning over 100 regular season games, and winning their division by 30 games.

The series went to six games—and the Atlanta Braves took it.

Cleveland Browns fans, I'm sure you love to see that name. The only thing this man did was sell your team to Baltimore. Quite possibly the worst day ever, for most Browns fans at the time.

This one hurts the most for Indians fans. Cleveland was winning 2-1 to start the bottom of the ninth inning when Jose Mesa came in to save Game Seven. He blew the save and the Indians failed to score again.

The Marlins ended up scoring in the 11th inning—sealing up the World Series.

Manny recently became the newest member of the 500 home run club, and will be remembered as one of the greatest right-handed hitters in the history of baseball.

OUCH! Remember that team that Art Modell took to Baltimore six years ago? Well, they just won the Super Bowl.

Big Jim will be remembered as one of the greatest Indians of all time, but the Indians didn't offer the guy enough money to keep him around.

So the Browns finally make the playoffs after everything they have been through over the past seven years. Their first playoff opponent? None other than the Pittsburgh Steelers.

The Browns were up 24-7 at one point.  With three minutes left in the game, the Browns were still up by the score of 33-21. But we all know what happens next.

The Steelers cut the score to 33-28 with a 77-yard drive. The Browns failed to run the clock out, and eventually the Steelers score again. I'm not sure rather or not Browns fans were stunned—but they were crushed again, to say the least.

Crazy to think about how the Cavs could have eventually ended up with Boozer, Lebron and "Z" all on the court at one time.

14. Drew Carey Is Hired to Replace Bob Barker on The Price Is Right

Okay, this has nothing to do with the sports curse. But it has surely made people hate Cleveland even more than they already do.

This one still stings a bit so I'll make it short and sweet. The young Tribe are leading the Boston Red Sox 3-1 in the best-of-seven series. Winner goes to the World Series. I can't say I was shocked, but the Indians fell apart and lost three straight. The Red Sox went on to win the World Series.

Do you really have it all that bad Chicago? I mean, you had your run with the Bulls, and at least one team in Chicago can win the World Series.

And Boston, you seem to have ended your curse. Not only have the Red Sox now won two World Series, but you also have the Celtics in the NBA Finals, and the Patriots have cheated their way to being the best team in the NFL.

The Cleveland Curse is the worst curse in sports today, and it flies under the radar because Cleveland fans hate to admit it. Or maybe it is that we don't see any sense in crying every time something bad happens to our sports team.

After all, "there is always next year." 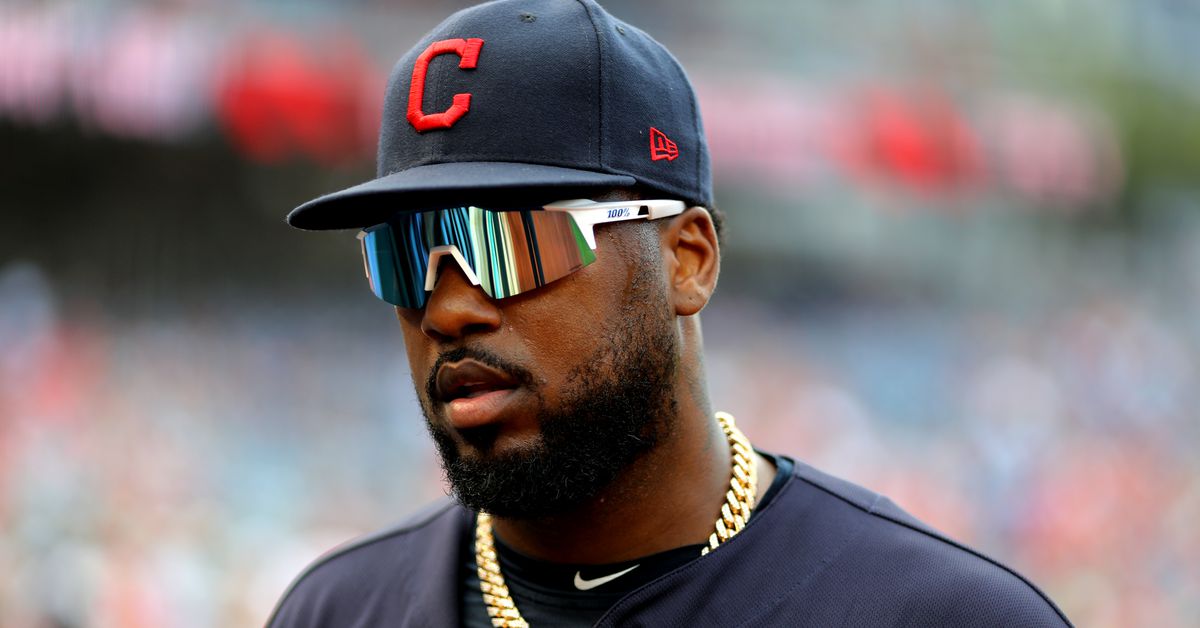