Former NBA forward Caron Butler, who played high school basketball with Tony Romo, said the newly retired Dallas Cowboys quarterback could have made it as a professional basketball player if that would have been his focus.

"Believe it or not, man, when we were in the prime of our careers, I used to always talk about it: [Romo] could have easily been a professional basketball player," Butler told ESPN.com's Todd Archer and Marc Stein. "And a lot of people were like, 'Man, you're crazy for saying that,' but Tony could shoot. He could handle the ball. He had a knack for scoring, man, he really did.

"He was a really good football player, obviously, being a quarterback. He was great at golf. And he was really good at basketball. Obviously it worked out for him with the football, but I wouldn't have been surprised if he would have made it playing basketball.

"He had a great feel for the game, man. And it's not surprising. Golf is a cerebral game; you gotta have that mental component to conquer the course. And then football's the same thing; you gotta be able to think on the fly and do all these things. And then basketball, I thought, all those components worked together." 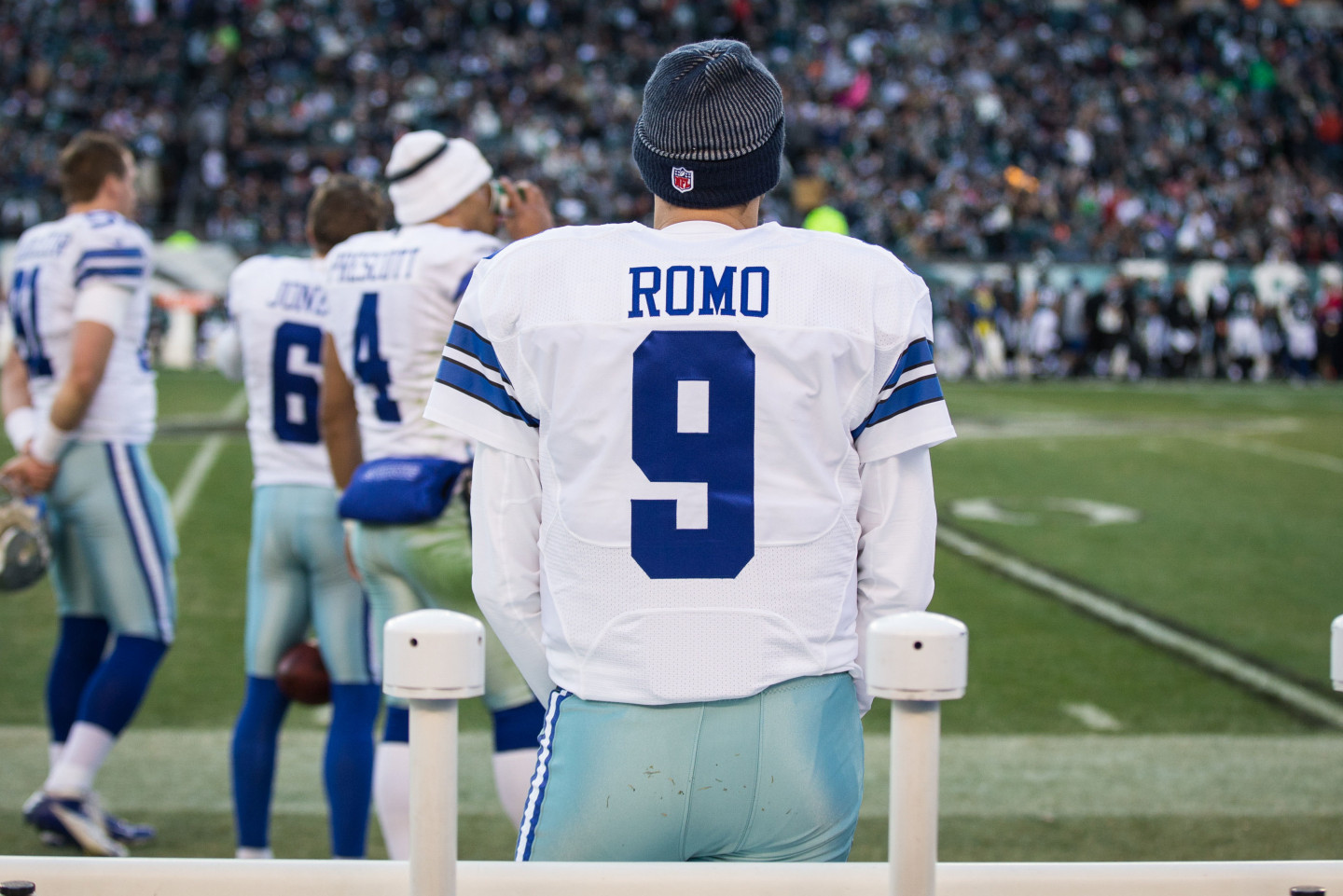 Romo, who retired from the NFL last week to take a broadcasting job at CBS, will be honored by the Dallas Mavericks on Tuesday. He will be in uniform and participate in warm-up lines for the Mavericks' season-ending game against the Denver Nuggets.

The ESPN report indicates it's "murky" how the Mavericks will choose to honor Romo. He is not expected to play in the game, as the Mavericks would have to sign him and create a roster spot.

Romo and Butler were named to the All-Racine County basketball team in Wisconsin during the 1998 season. The future Cowboys star averaged 24.3 points, 8.8 rebounds and 4.7 assists. Rather than continue playing basketball, Romo went on to play football at Eastern Illinois before landing in Dallas as an undrafted free agent.

"Wouldn't it be special to see one of your favorite athletes running up and down on the basketball court who played football? Out of the spirit of competition, nothing's really at stake at right now. So now we're doing what we do best [in the NBA] and that's entertainment," Butler told ESPN.

"To see Tony Romo on the sideline and Mark Cuban and that interaction and a future Hall of Famer in Dirk [Nowitzki] as his teammate ... it's going to be special, man. And I wouldn't be surprised -- this is a copycat game -- so I wouldn't be surprised if you see it happen going forward with other teams that's out of [playoff contention] and want to add a little more to it."

The only unfortunate part of this is that Romo won't actually get to compete in the game. If he did, it would create a fun late-season story in an otherwise meaningless game between two non-playoff competitors.

For more news, rumors and related stories about Tony Romo, the NFL and the NBA, check out the NFL and NBA streams on Bleacher Report's app.