Kyrie Irving has heard all kinds of criticism and ribbing about his flat earth comments. With a month to reconsider his position, Irving doesn't appear to be budging.

“It’s OK to think something that, I guess, the majority wouldn’t think,” Irving said on the Road Trippin' podcast (h/t James Herbert of CBS Sports). “I just didn’t like the fact that us being able to celebrate our individuality and things that we ultimately hold on to, and just because we don’t believe what the world thinks or what the majority thinks, then why punish that?

Irving first said he believes the earth is flat during an appearance on the podcast last month.

"I'm telling you, it's right in front of our faces. They lie to us," Irving said. "There is no concrete information except for the information that they're giving us. They're particularly putting you in the direction of what to believe and what not to believe. The truth is right there, you just got to go searching for it."

The Cleveland Cavaliers guard quickly became a trending topic on Twitter and was oft-mocked throughout All-Star weekend. Irving's teammates came to his defense and even poked fun at the incident, with Richard Jefferson wearing a "flat world champions" t-shirt:

For those wondering how the Cavs are taking Kyrie's comments about Earth being flat, here's RJ's shirt during Road Trippin's live IG video: https://t.co/JqngnY86Z8

Even renowned scientist Neil deGrasse Tyson chimed in with his opinion.

"Let me be blunt," Tyson told TMZ. "We live in a free country, so you ought to be able to think and say whatever you want. If he wants to think Earth is flat, go right ahead—as long as he continues to play basketball and not become head of any space agencies."

Irving, for his part, seemed a little befuddled by the reaction.

“I found it somewhat hilarious just by the reaction it got,” Irving said. “That right there, before we went into All-Star weekend, we talked about this. Because we were like, ‘This is gonna be crazy, going into All-Star weekend, flat Earth, round Earth conversation. Aliens. No conspiracy theories. So as I’m at All-Star weekend, I’m starting to see different news channels, different people pick it up. And it almost felt like I was standing on top of a pendulum and I was like swinging back and forth and then it gave everyone a chance to just look at me and then, if they didn’t agree with me, kind of like throw rocks at me. Just like, ‘no, he can’t believe this.’"

Irving did say, however, he was happy that his comments opened up a conversation that informed some of the public. That said, he doesn't appear to have much interest in backing down from his contention that the world is flat. 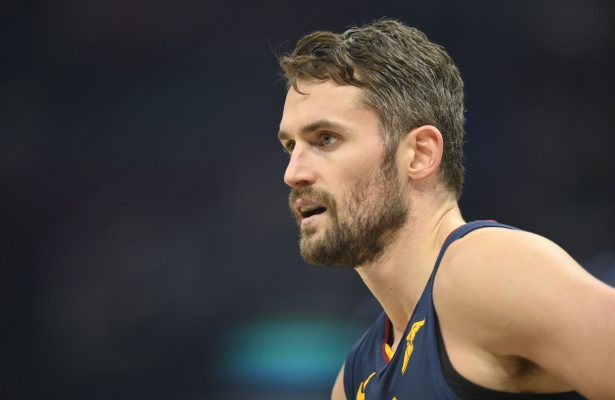