The Miami Dolphins officially agreed to terms on a deal with veteran quarterback Jay Cutler on Monday in the wake of Ryan Tannehill's knee injury.

Ian Rapoport of NFL.com and Adam Schefter of ESPN first reported the deal on Sunday. Schefter reported the two sides are finalizing a one-year contract worth $10 million before incentives.

Specifics of #Dolphins QB Jay Cutler's contract: 1 year, $5M base, $5M in bonuses, up to $3M more in incentives.

The Chicago Bears released Cutler on March 9 after he spent eight years with the team. ESPN.com's Mina Kimes offered this assessment of his time in the Windy City:

Cutler left a major impression in the team's record book. He's the franchise leader in passing yards (23,443) and passing touchdowns (154).

For the most part, though, fans came to make Cutler the face of the Bears' general malaise. The team made the playoffs just once in his tenure. That postseason appearance in 2010 ended with some questioning whether he essentially quit on the team in the NFC title game before it was revealed he suffered an MCL sprain.

As NFL Network's Andrew Siciliano argued, focusing on Cutler as the sole reason for Chicago's struggles would be unfair:

Hate to break it to you, but Jay Cutler isn't to blame for all the Bears problem.

However, Cutler does deserve a level of criticism for his performance. Bleacher Report's Mike Freeman tweeted how expecting a turnaround from the 34-year-old has become a yearly exercise:

A grade above 80 on Pro Football Focus is considered above average or better. In Cutler's 11 years, he has reached that mark on three occasions (2008, 2013 and 2015). His average PFF grade comes out to 70.9, which is narrowly above the "below average" designation.

While a player's PFF grade isn't a definitive indicator of his value, it helps illustrate the inconsistency that has littered Cutler's NFL career. And given his age, he's almost certainly never going to change.

In the past, Cutler's arm strength has allowed him to get away with what otherwise would've been poor decisions. Should the surgery diminish his throwing power to a certain extent, more of those poor decisions could become interceptions.

Despite his flaws, Cutler is a good fit for the Dolphins given the circumstances.

It's not as if Miami planned on signing another veteran quarterback in the offseason. Cutler's arrival is a direct result of Tannehill's knee injury. Schefter and Jeff Darlington of ESPN.com reported Friday that Tannehill could require season-ending surgery on the knee.

While Matt Moore filled in for an injured Tannehill at the end of last year, Miami needed to at least sign a proven veteran who could provide competition for Moore.

Cutler in particular makes sense for the Dolphins because he played under the team's head coach, Adam Gase, for a year in Chicago. Gase was the Bears' offensive coordinator in 2015, when Cutler threw for 3,659 yards, 21 touchdowns and 11 interceptions. Cutler's 64.4 percent completion rate that season was the second-highest of his career.

At this stage of the offseason, signing Cutler was a great way for the Dolphins to address Tannehill's injury.

Phinsider Radio: Exploring the potential of DeVante Parker and the rest of Miami's wide receivers in 2020 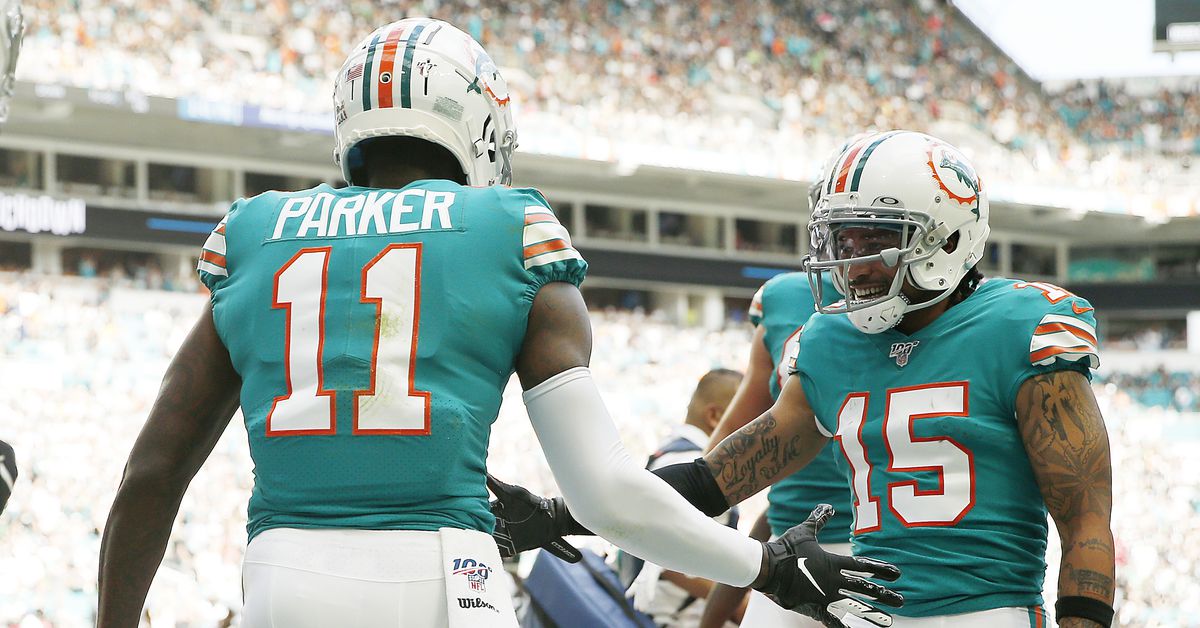 Phinsider Radio: Exploring the potential of DeVante Parker and the rest of Miami's wide receivers in 2020

Kyle Crabbs
via The Draft Network