Offensive lineman Luke Joeckel failed to live up to expectations as a No. 2 pick with the Jacksonville Jaguars, but the Seattle Seahawks presented him with a new opportunity.

The team announced the news on Saturday.

Tom Pelissero of USA Today reported on March 9 that the one-year deal can earn Joeckel up to $8 million. On Sunday, Sheil Kapadia of ESPN reported the deal has $7 million in guarantees, but the remaining $1 million is tied into being active on gameday.

Joeckel entered the league in 2013 when Jacksonville general manager Dave Caldwell selected him second overall out of Texas A&M. It was Caldwell's first draft pick with the organization, and the offensive lineman was supposed to be a building block moving into the future.

Instead, health problems and a general lack of production derailed that plan.

Joeckel played five games as a rookie because he broke his ankle. He did appear in all 16 games in 2014 and 14 games in 2015, but he played just four in 2016 and was placed on injured reserve with a knee injury that required surgery.

The knee injury came after Joeckel switched positions following a lackluster start to his career.

The Associated Press (h/t ESPN.com) noted the Jaguars didn't pick up the fifth-year option on his rookie contract before the 2016 campaign and then signed Kelvin Beachum in free agency to play left tackle. As a result, Jacksonville moved Joeckel to guard, but his first year inside was cut short by the injury.

Mike DiRocco of ESPN.com wrote, "Caldwell hoped Joeckel would play well at guard, the Jaguars would have success, and he'd want to remain with the organization to be a part of that," as he entered free agency this offseason.

DiRocco also pointed out Joeckel has said in the past he wants to be a tackle, and his decision to sign elsewhere outside of Jacksonville indicates that may be the case.

The Texas A&M product chose Seattle and will have to improve his play if he ever hopes to live up to his potential as a No. 2 overall pick. If he does, he will bolster an offensive line that struggled in 2016 and was ranked as the 26th-best run-blocking unit and 25th-best pass-blocking unit in the league by Football Outsiders.

Still, Khaled Elsayed of Pro Football Focus graded the first-round picks from 2013 after the players had a couple of years of experience and gave the Joeckel selection an F and said he "has done nothing to suggest he will ever be a top left tackle."

Seattle hopes he changes that perception in 2017. 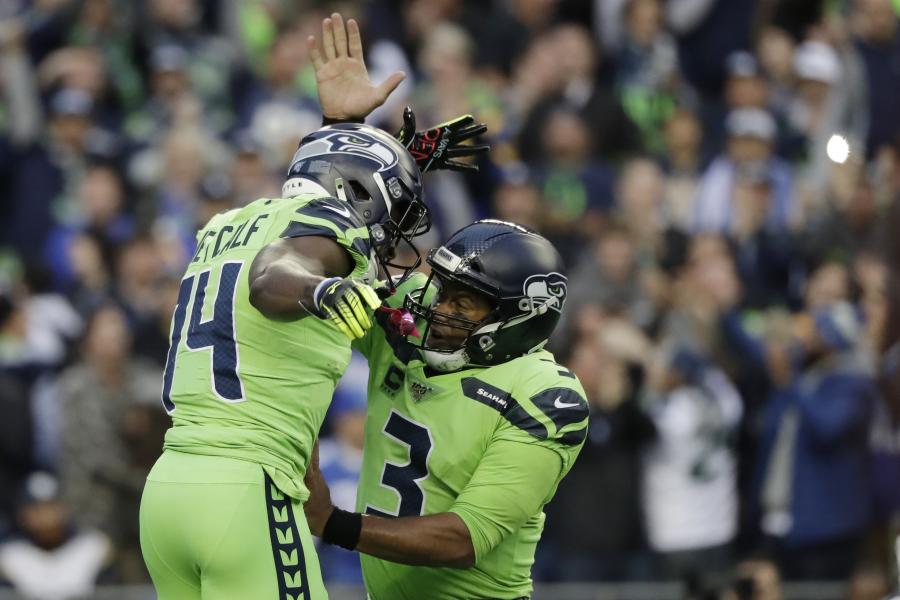