There is something of a disconnect between what Wayne Rooney has achieved and the manner in which he has achieved it. On the face of things, he is the undoubted vanguard of his English footballing generation, collecting record after record for club and country.

An assessment of the forward’s true legend must go deeper than that, however.

Rooney’s binary success betrays the real fortune (or misfortune) he has enjoyed (or endured) over the past few years. It is undeniable that the 30-year-old is in decline for both England and Manchester United. He is no longer the formidable force of nature he once was. In fact, it’s questionable whether he is still a force at all.

And yet Rooney, who is now England's most capped outfield player (116), is seemingly immune from all criticism from within the game. Not only has he kept his place for club and country, he is captain of both teams. Furthermore, when media and fans have the audacity to question the striker’s performances, those who should know better invariably launch a staunch defence.

Take Sam Allardyce’s response to questions of Rooney’s role in England’s World Cup qualification win over Slovakia, in which the 30-year-old played in a somewhat undefined midfield role. “Wayne played wherever he wanted,” the England manager said, per Dominic Fifield of the Guardian. “He was brilliant and controlled midfield. I can’t stop Wayne playing there.”

But why can’t he stop playing Rooney there? Why has manager after manager, from David Moyes to Louis van Gaal, from Allardyce to Jose Mourinho, given him chance after chance when he far from merited it? What has he got on them? What do football’s inner circle see in Rooney that the rest of us can’t?

Well, that’s just the thing. They would have you believe that they can see something in him that nobody else can. They claim a tactical high ground on the basis of his background in the game. Allardyce did this after Sunday’s win over Slovakia, saying, per Fifield:

This is the most decorated outfield player in England. He’s won everything at Manchester United, at Champions League and domestic level. I think he holds a lot more experience at international football than I do as an international manager. So, when he is using his experience and playing as a team member, it’s not for me to say where he’s going to play.

It’s up to me to ask whether he’s doing well in that position, of course, and contributing. If so, great. We’d like to get him into goalscoring positions more. He’s been a goalscorer all his life and I want him to do that again, but he reads a game as he reads it. He read it very well, we won and dominated. I must admit, he did play a little deeper than I thought he’d play. But I was pleased with his performance.

Rooney has been flying by the seat of his reputation for the best part of a decade. Not since he led Manchester United's front line alongside Cristiano Ronaldo, Carlos Tevez and Dimitar Berbatov has Rooney been one of the best in the sport. His decline has been gradual, but steady nonetheless.

Sir Alex Ferguson was the last, and perhaps the only, footballing figure to spot it three years ago, moving Rooney to the brink of the Old Trafford exit door as he himself retired as United manager. He set his successor, Moyes, up for an easy, necessary ditching of a key figure, only for the former Everton boss—and Rooney’s onetime mentor—to offer him a new contract and the captaincy.

Many expected Van Gaal to give Rooney the reality check he was long overdue, and yet he, too, embraced the forward and harnessed all his glaring flaws.

And now Mourinho has preserved Rooney’s place at United, forcing him into his side even if there is no obvious role for him. At least Allardyce is excused by virtue of his lack of top-tier replacements. Mourinho is overlooking the likes of Henrikh Mkhitaryan to keep Rooney in his team. Why?

Perhaps it’s down to his standing as English football’s only world-renowned player. By admitting he’s no longer a bona fide member of the elite, the sport in the country would be taken down a rung on the global footballing ladder. That would reflect badly on the English game.

And so English football types—like Allardyce—artificially inflate Rooney’s reputation whenever they can. It goes some way to explaining why so many are so keen to herald the striker as one of the sport’s greats when in truth he is nowhere near that standing.

It’s true that Rooney has enjoyed a better start to the season than he endured for much of the last campaign, with Mourinho getting more out of him than Van Gaal ever did. His assist for Marcus Rashford’s winner against Hull City last week showed there is a chance he could still contribute to the Red Devils' title challenge this season, surging to the byline and squaring the ball for his team-mate to finish into the empty net.

But questions remain over his future at Old Trafford, with his overall contribution to the team still under justified scrutiny. There are still positive aspects to Rooney’s game, but nobody in football will even acknowledge that there are failings in the forward's recent performances. His immunity to criticism is infuriating and baffling when the game is so keen to hang others out to dry.

Rooney is destined to go down as an English footballing great, but much of that will be down to the game’s determination to get him there. In the context of history, when his career is looked back on with sepia tinge, Rooney will be remembered as one of the best. But the truth in the light of the current day is something different. Only nobody will admit it. 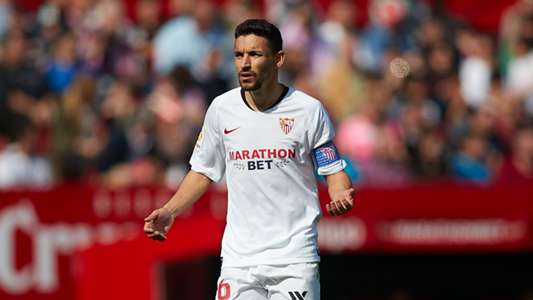