Borussia Monchengladbach star Granit Xhaka has confirmed his future will be decided before the start of UEFA Euro 2016, amid rumours he’s on the verge of joining Arsenal in a £30 million deal, while Middlesbrough wants Mathieu Flamini.

Per Colin Harvey of the Daily Star, Xhaka previously said he hoped to know where he would play his football next season before the start of the upcoming Euro 2016 tournament, and after Monchengladbach’s final match of the season, he confirmed the transfer saga will be resolved by then.

I’m the wrong person to say something, you might need to check that with Max Eberl [Monchengladbach’s sporting director]. It is so that the season's over now and there might be discussions over the next few days. Whatever decision is made, we will make it together.

There will definitely be a decision before the Euros.

Per the report, Xhaka was a substitute in the 2-0 win over Darmstadt on Saturday and received a standing ovation from the travelling fans. He also shared a long hug with manager Andre Schubert after the final whistle.

The Switzerland international has been linked with a move to north London for months, and most pundits believe the transfer will go through before long. The Daily Mirror’s John Cross thinks it’s a deal that could easily be completed:

Either way, if Arsenal get Xhaka over the line - and it's there to be done - then it's the first in what promises to be a busy summer...

Xhaka has been a well-known prospect for years, known as an impressive athlete with tremendous upside during his time with Basel, and he’s become exactly the type of midfielder scouts foresaw during his time in the Bundesliga.

I started to use Granit in the first team at the age of 17. The first thing I noticed was his huge self-confidence. This is probably still his greatest strength. That attribute combined with his left foot, his size and his vision makes him a very special player.

He is a young player, but still a leader on and off the pitch – a quality very hard to find. I can’t praise Granit highly enough. If he continues with the hard work, he is going to be a great player.

The 23-year-old is a versatile midfield option who stands out for his distribution and range, making plays all over the pitch. He’s a willing and able tackler, although he doesn’t project as the midfield enforcer some believe he would be for the Gunners.

Here’s a look at some of his highlights:

His versatility is what makes this deal so attractive—he would undoubtedly be a starter the moment he arrives at the Emirates Stadium, but manager Arsene Wenger wouldn’t have to tinker with his starting XI all that much or bench specific players to accommodate Xhaka.

One player he won’t be pushing out of the team is Flamini, who is set to leave the Gunners and has a choice between retiring and focusing on his hugely successful biochemical business or joining a new club.

Per the Daily Star’s Carl Edridge, Premier League newcomers Middlesbrough would love to add the former AC Milan star, and the veteran would provide some much-needed top-level experience for the club.

Still just 32 years old, Flamini showed he’s still a capable player with several strong performances in the 2015-16 season, but per the report, he has little financial incentive to move to a smaller club—his business is expected to take off and make him a billionaire.

Aubameyang Could Have Moved to Everton — Allardyce 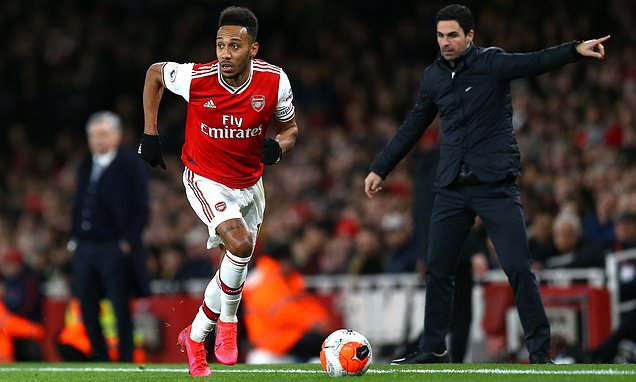 Aubameyang Could Have Moved to Everton — Allardyce