Participants for the 2016 NBA Draft Combine arrive in Chicago on Wednesday and will go through a series of interviews and workouts through the weekend.

The NBA originally invited over 70 prospects to attend the event. Sports Illustrated's Luke Winn shared the final trimmed-down list of 63 players who committed to participate:

The list of prospects invited won't necessarily be the final list of eligible prospects on draft day. Players who have not signed with agents are allowed to withdraw from the draft and return to school until May 25.

To follow along with the events in the Windy City, here's a look at when the workouts will be televised: 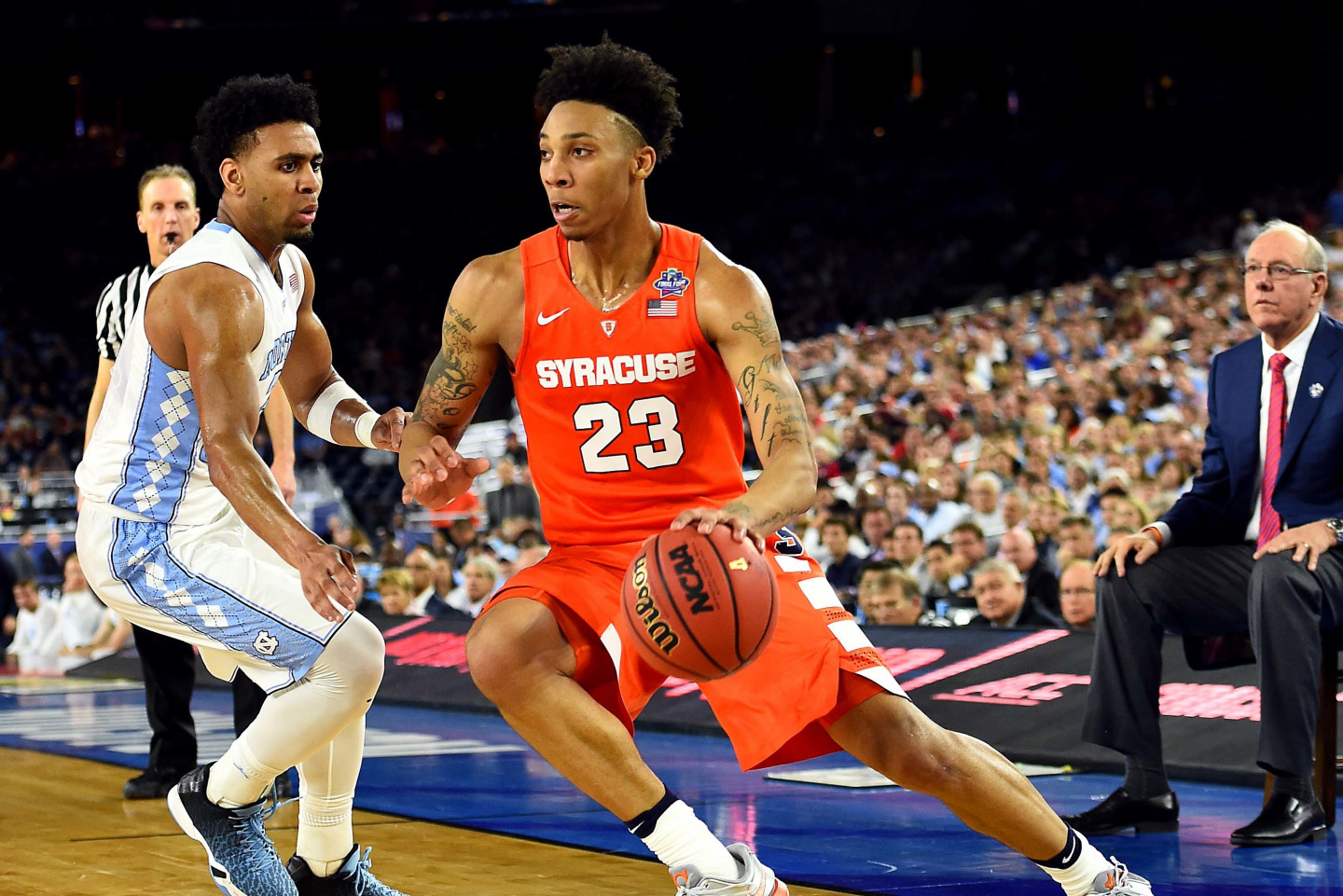 Thon Maker is one of the fun storylines in this draft class because of the fact he's the first high school prospect to turn pro since the NBA and NBA Players Association introduced the age limit in 2005.

Maker's path to the draft has been a complicated one. He was born in Sudan, but his family moved to Australia when he was a child. From there, he moved to the U.S. and then Canada while in high school to train at the Athlete Institute in Ontario.

Maker could have entered the 2015 college recruiting class, but stayed at the Athlete Institute for an extra year. As a result, he is already 19 years old and a year removed from what would have been his high school graduation date.

Because of the wording in the NBA's age-restriction policy, Maker is eligible for the draft since he fulfilled his high school graduation requirements from Orangeville Prep in 2015. Therefore, the NBA ruled he is one year removed from high school, despite the fact he continued to take elective classes during the 2015-16 school year.

Highlights of the 7'0" Maker are fascinating—his height and athleticism make him look like a young Kevin Durant—but he'll need to prove at the combine that his game is mature enough to transition to NBA competition.

The top of the draft class is crowded entering the combine, but Ellenson could establish himself as a top-five pick with a strong showing in Chicago.

With the NBA increasingly turning into a shooter's league, big men with the ability to play on the perimeter have become increasingly valuable.

Ellenson's style of play during his freshman year at Marquette resembled the player Al Horford became with the Atlanta Hawks this past season. Like Horford, Ellenson still has the size and strength (6'10", 231 lbs, according to DraftExpress) to play down low and defend in the post. However, he's also developing an outside shot—he hit 30 threes in 33 games 2015—which allows him to create matchup issues for defenders.

At the combine, NBA scouts will likely be hoping to see Ellenson display the athleticism necessary to continue to play this versatile role at the next level.

The battle for No. 1 likely comes down to Duke's Brandon Ingram and LSU's Ben Simmons.

Ingram, however, could gain an edge at the combine due to Simmons' decision to skip the event.

There's nothing unusual about Simmons' decision, as many top prospects choose to sit out every year. For example, Minnesota's Karl-Anthony Towns skipped the 2015 combine. That said, it creates an interesting dynamic for teams to consider with Ingram going to Chicago while Simmons sits out.

Simmons' year at LSU didn't go as planned, with the team missing the NCAA tournament and eventually opting out of all other postseason tournaments. It's possible Simmons shying away from competition at the combine will rub NBA coaches and general managers the wrong way.