Just minutes before the start of the 2016 NFL draft Thursday night, Miami Dolphins left tackle Laremy Tunsil experienced a social-media slip-up when a video was posted to his account that appeared to show the projected top-10 pick smoking out of a bong.

USA Today's Jason Wolf relayed a series of photos from the original video confirming the left tackle was the person in question in the video: 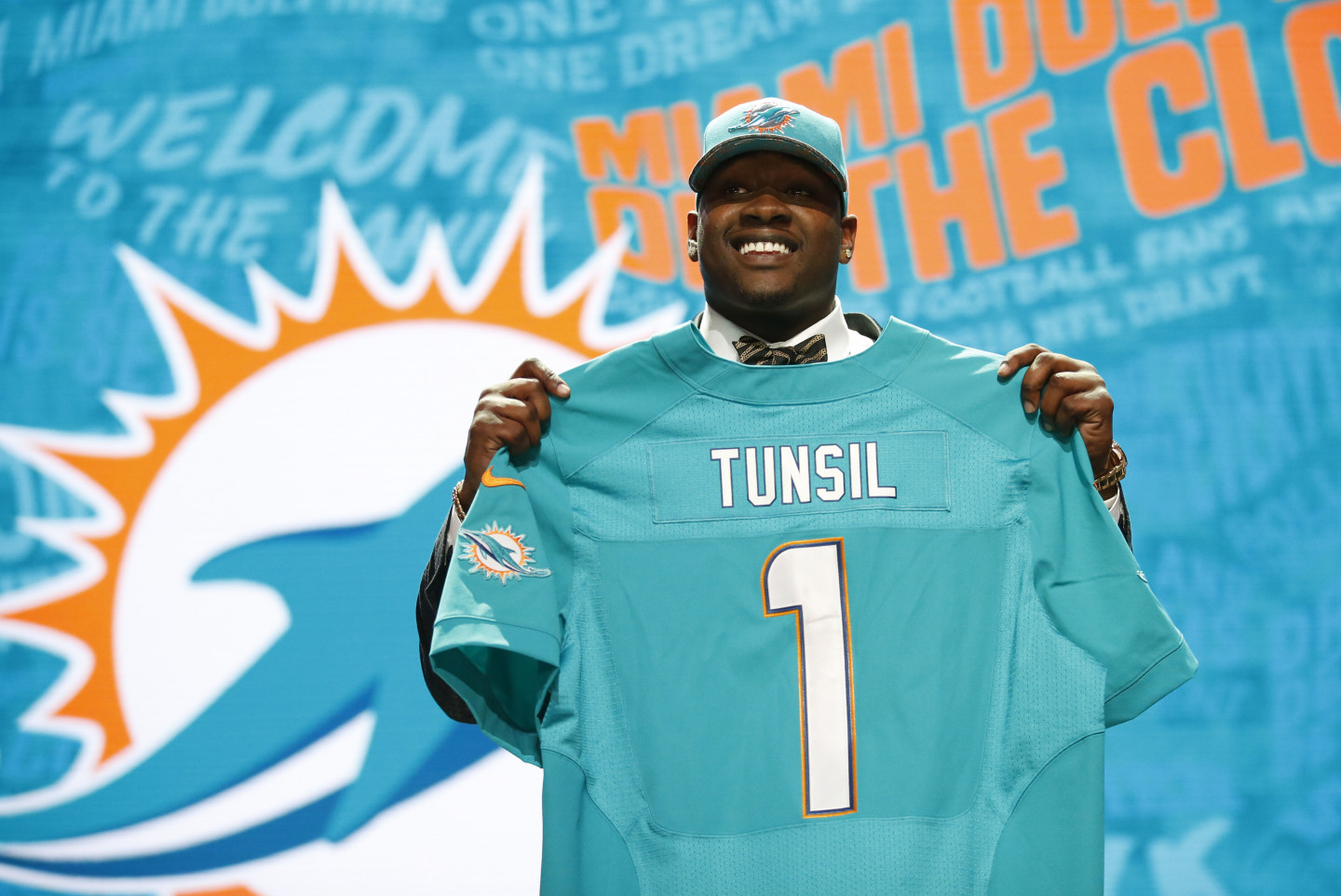 Jason Cole of Bleacher Report noted Tunsil could "fall a lot," before he was selected by the Dolphins at No. 13 overall. Cole's source said the video is old and his account was hacked but did not deny it's Tunsil in the video.

Laremy Tunsil said "someone hacked my twitter account" and that the video was "years ago." He said he learned of it in the green room.

"It is BS," agent Jimmy Sexton said, according to ESPN.com's Kevin Seifert. "Somebody hacked into his account."

"We had heard rumors, but we had done work," Dolphins general manager Chris Grier said, per NFL.com's Gregg Rosenthal. "We had known about it. The video is two years old. So, from all the information we had, we were comfortable with it."

Tunsil's stepfather, Lindsey Miller—who is suing the newest member of the Dolphins for defamation of character, according to the Clarion-Ledger's Daniel Paulling—denied being the source of the leak.

"I don't know nothing about no video," Miller told TMZ Sports. "I'm not even watching the draft."

Mike Freeman of Bleacher Report noted his sources don't believe the source of the hack is anyone close to Tunsil.

Ravens took Tunsil OFF their board after that video, member of organization tells me. OFF.

"It's not just that (Tunsil) is smoking weed, it's that you don't know what's coming next with him," an NFL general manager told Bleacher Report's Mike Freeman via text message.

However, Jeff Darlington of NFL Network reported Friday that Tunsil won't face discipline from NFL but could be referred to substance-abuse program.

Tunsil's account has since been deactivated. And while he clarified that the video was posted as the result of a hack, it's certainly an unbecoming look for a player who has a history of off-field issues.

Tunsil was arrested after punching his stepfather last June. Later, he was suspended for seven games after receiving impermissible extra benefits, including "three separate loaner vehicles over a six-month period without payment, a four-month interest-free promissory note on a $3,000 down payment for purchasing a used vehicle, two nights of lodging at a local home, an airline ticket purchased by a friend of a teammate and one-day use of a rental vehicle," per Ole Miss' official release.

However, Tunsil's troubles didn't stop there.

At February's NFL Scouting Combine, Ole Miss teammate Robert Nkemdiche revealed that Tunsil was present the night he fell out of a fourth-story hotel window during a night of drinking, according to Pro Football Talk's Darin Gantt.

Miami, however, is banking on those woes being a thing of the past and reward outweighing risk over the next few years.

And with Tunsil firmly under the microscope, the Dolphins will need to ensure he stays out of trouble off the field so he has a chance to morph into the future cornerstone they believe he can be.