BOSTON — Joe Sakic sat on the concourse level of Agganis Arena on Wednesday, watching his Colorado Avalanche practice under the numerous NCAA championship hockey banners earned by Boston University. The man once nicknamed "Quoteless Joe" was actually in a talkative mood.

"You can't afford to stay behind the eight ball in our division—never mind the conference: our division!" the Avs' third-year general manager said. "We gotta get points."

I'd been hearing a few rumors recently involving the Avalanche, rumors of Sakic calling around the league to gauge interest in any possible trades to help his club, which entered Thursday's road contest with the Boston Bruins at 5-9-1, just one point ahead of cellar-dwelling Edmonton in the Western Conference.

This will be Game 2 of a seven-game, 14-day road trip, with game one already being "probably the best game we've played on the road in a long time," according to coach Patrick Roy on 104.3 The Fan, a day after a 4-0 Avs win in Philadelphia.

This road trip, part of a stretch in which the Avs play 18 of their next 25 games away from the Pepsi Center, will likely determine much of the team's fate for 2015-16. The organization's first major goal—to get off to a good start—has already failed. This road trip, combined with this being the third year of Sakic and Roy's partnership aimed at restoring the sheen to a once-proud hockey franchise, is a time of pressure.

Sakic, whom I've known for 20 years and is as honest as the day is long, didn't deny the essence of the rumors. But he also gave a knowing shrug that said, "This is what all GMs do when things aren't going as well as you'd like."

No, he's not out to blow up his team and start from scratch if he can help it, he said. But asked whether there are any "untouchables" on his roster beside 20-year-old former Calder Trophy winner Nathan MacKinnon, this is what the Hall of Famer, who won two Stanley Cups with Colorado and a gold medal with Canada at the 2002 Olympics, said:

"You know what, it doesn't matter what I say or what anyone says. Nate's not going anywhere, and there are guys that don't want to move. But you're always talking with teams, and you're wanting to listen on anybody, really."

The first instinct of any NHL team with a bad record is to make the coach the first sacrificial lamb. But this is a unique situation in Colorado. Not only is Roy a legendary former player, he posted a 112-point season his first year as a coach and also holds a managerial title: vice president of hockey operations. If anyone is to pay the price for this bad start, it will almost certainly be the players instead of the coach and GM.

One of the guys who doesn't want to move is 37-year-old Jarome Iginla, who led the team in goals last year, with 29, and is off to a fine start with seven goals and 12 points in his first 15 games this term.

Iginla is in the second year of a three-year, no-movement clause deal and told Bleacher Report on Wednesday he would not approve of any trade this season, citing family reasons above all. Plus, Iginla said he still believes in the players around him, most of whom are still around from a 112-point, Central Division championship season in 2013-14.

"We're going to be really good at some point," Iginla said. "A lot of our guys...just need to keep learning."

But when does the meter expire on a team with "young" and "learning" players such as seventh-year pros Matt Duchene or fifth-year captain Gabe Landeskog—both of whom were top-3 draft picks? Why is goalie Semyon Varlamov, a finalist for the Vezina Trophy in 2014, sitting out his third straight game on Thursday in Boston in favor of backup Reto Berra? Where is defenseman Nikita Zadorov, the main player acquired from Buffalo this past summer in the Ryan O'Reilly trade? Answer: Zadorov, 20, was sent down to the AHL's San Antonio Rampage recently after a bad start.

Sakic's two highest-paid players, Duchene, at $6 million and Varlamov at $5.9 million, could be available at the right price if Sakic's line that "you're always talking with teams and you're always wanting to listen in on anybody" is to be taken literally.

"Any moves I might make...won't be for a quick fix," Sakic said. "We've got some good young players. Our moves are going to have to make sense down the line as well. It's tough to make deals in a cap world.

"The cap plays a big role for all teams. Some teams are already at the cap and some teams have their own internal budgets. Everybody deals with what they're allowed. It's tough to make that big trade; the money's got to even out. That's why you see a lot of deals still at the deadline. You can take on a couple months' salary if you think it's the right move. It's worth it if you really think you can win a championship."

This Avalanche team in front of Sakic and Roy, though? It is one toward which both are trying to stress the positives. But with both of them, having won multiple Stanley Cups, you get the unmistakable vibe each of them know this team, as currently composed, won't be good enough to win a Stanley Cup.

"If there's a deal that makes sense for your organization, you're going to do it," Sakic said. "You don't want to move some guys, but you're always listening. Having had different conversations with different GMs, you know what? You're never not going to listen. But every team is the same. You have to hear things out, and see if they make sense."

Sakic, who made more than $100 million in his career and wants for nothing materially, says he's still enjoying his job. But you can tell he's in a period of flux between that of the great player and the GM who has yet to prove he is great at that job too.

"I want to win as much as I ever did as a player," Sakic said. "There are days when you're frustrated, but it was the same when you played. You only have fun when you win. That's all we're here trying to do. Hopefully, right now, we're trending up." 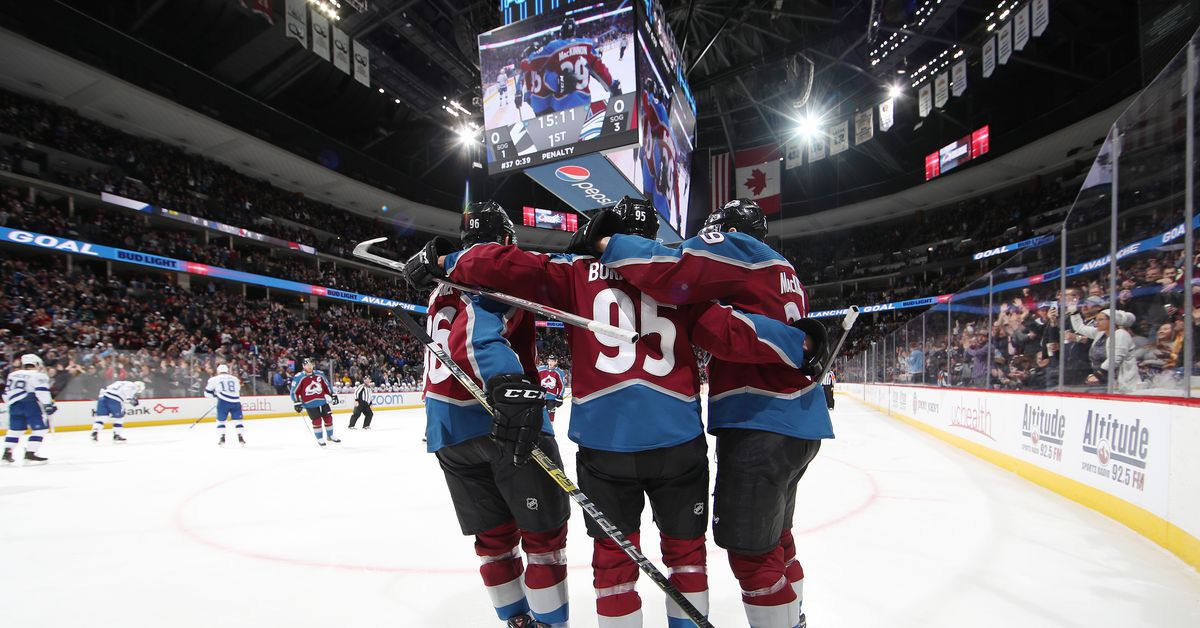