Capitalizing on his career year, Chris Ivory is leaving the New York Jets in free agency to join the Jacksonville Jaguars.

The Jaguars announced they landed Ivory on Thursday, and John Oehser of Jaguars.com provided a statement from Ivory: “I know the record didn’t show that, but I think this team is a lot better than the record says. I just felt like this would be the place for me.”

Manish Mehta of the New York Daily News pointed out the key executive who brought Ivory to Jacksonville:

Former Jets GM John Idzik, who traded for Chris Ivory in 2013, hammered out the details for the Jaguars. #nyj

Ivory broke the 1,000-yard mark for the first time in his career last season, rushing for 1,070 yards and seven touchdowns on 247 carries. He also caught 30 passes for 217 yards and a touchdown.

The 27-year-old got off to a hot start in 2015, rushing for 460 yards in his first four games. He failed to consistently recapture that form over the remainder of the campaign, though, only going over 100 yards in a game once more.

Ivory's workload also decreased toward the end of the regular season. He carried the ball 22 times in Week 14 against the Tennessee Titans, but after that, his carries dropped to 13, 11 and six over the New York Jets' final three games.

"It was game-plan related," said Jets head coach Todd Bowles of Ivory's diminished role in Week 17, per Bart Hubbuch of the New York Post. "We tried to give him a break a little bit, too. He wasn’t 100 percent, but he was good enough to play. We could have got him more plays in there, but the game didn’t dictate that way."

In his first two years in New York, Ivory split time with Chris Johnson and Bilal Powell. 2015 was the first time he was truly the team's feature back, and taking on an increased workload might have resulted—at least in a small way—to his second-half decline.

ESPN's Rich Cimini attempted to diagnose what went wrong for Ivory in the second half:

What triggered his slowdown? Injuries? Fatigue? Yes, those probably were factors, but let's not overlook the blocking. In Weeks 1 to 6, Ivory averaged 2.73 yards before initial contact, according to ESPN Stats & Information. After Week 6, it was only 1.82. Maybe he lost some burst, but most of the decline can be attributed to inconsistent blocking.

According to Football Outsiders, the Jets were 26th in run blocking, which further supports Cimini's hypothesis.

Ivory was unlikely to become one of the richest running backs in the league based on one strong season, but his drop in production surely cost him some money this offseason. It also might have scared some teams off the idea that he can be an unquestioned No. 1 option in the backfield.

However, he'll turn 28 later this month, so it's fair to wonder how much better he could be in 2016 and beyond.

But the Jaguars had plenty of money to spend and could afford to upgrade their depth in the backfield. They already have 2015 second-round pick T.J. Yeldon as a potential feature back and Denard Robinson, who figures to be more of a third-down specialist now that Ivory's reportedly coming to town.

If Jacksonville quarterback Blake Bortles can capitalize on what's shaping up to be a tremendous supporting cast, the Jags could make some noise in what appears to be a wide-open AFC South this year. 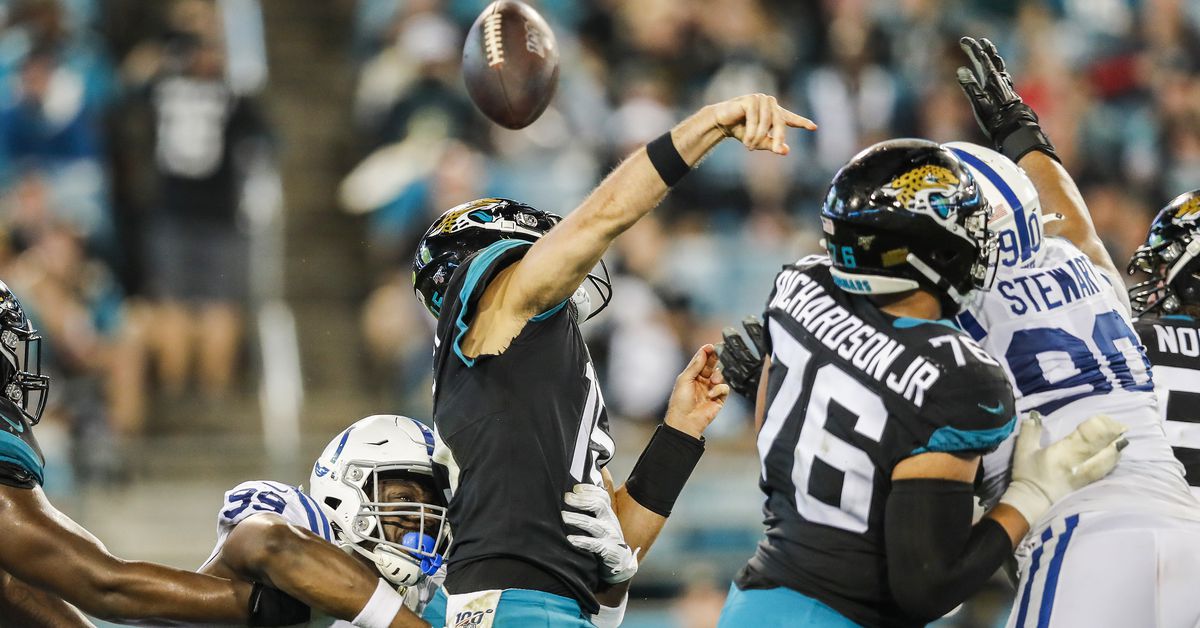