Fans and critics around the world appear to have reached a consensus this summer: Arsenal can make a legitimate title challenge in 2015-16, but they need a truly world-class striker to fire in the goals (no offence, Olivier Giroud).

On Tuesday, it appeared that the prayers of Gunners fans were set to be answered in the shape of long-term target Karim Benzema:

The French striker posted an image of himself on a private plane, accompanied by a caption that the Independent translated thusly: "Leave the past to the past. #directionfuture." Naturally, plenty of fans jumped to the conclusion that this post referred to Benzema's professional situation and took a further leap in assuming his plane was pointed at the Emirates:

If you can read between the lines, some subtle hints from Karim Benzema on his Instagram account http://t.co/dpX1ECe6KC

There's nothing in this picture that signifies Benzema is coming to Arsenal alright? NOTHING. All in your heads. http://t.co/cIUiCwcDV3

This Arsene Wenger quote, meanwhile, may not be entirely true, but it captured the mood:

Just rung Afc shop and asked if I can get Benzema on a shirt. I was told to wait for confirmation. They didn't say NO.

Just ran into Karim Benzema and asked him if the deal to Arsenal was still on. Didn't say anything just gave a sign. http://t.co/SNkHXou9Iq

The speculation reached a fever pitch on Tuesday evening, when rumours of Benzema's private plane arriving in London spread:

This was big news!

Sadly, it appeared Benzema had led fans down the garden path, as he turned up in Shanghai for a friendly against Milan:

So it turns out that Karim Benzema was NOT on a private fly to London to complete his signing for Arsenal. http://t.co/E0Dl6Ey2XJ

The speculation took a nose dive when the French forward trained with the team and posed in his white shirt on promotional duties—clearly not the behaviour of a man with his foot out of the door:

Last training session of the #rmtour2015 at the Shanghai Stadium, 300 fans present. Modric &amp; Benzema back in action. http://t.co/8xKtSUv6bC

Benzema at an Adidas event in Shanghai with Real Madrid today. That's the sound of Arsenal fans chopping onions. http://t.co/dKFpW6bVq7

Naturally, Arsenal supporters felt let down by what had transpired:

it pains me to see Benzema chilling ku Madrid training hake, you made us believe fam 😑

But, since this is the Internet, the sentiment of Arsenal disappointment was far outweighed by those mocking the red side of north London for being excited in the first place:

Benzema has been linked with Arsenal for the past 5 years, and they still get excited.

Arsenal had signed Benzema and Reus.... Reus extends contract.... Benzema is in China with the rest of the squad ...

Benzema to Arsenal in one photo http://t.co/XmQ7h4gS1V

I will eat a plastic bag if benzema joins arsenal . Never ever happening

Arsenal fans right now as they see #Benzema posing in a Real Madrid kit hours after a cryptic post on social media. https://t.co/wuVDdtp1Pc

The Benzema rumours appear to have gone dormant for now, but there still remains around a month for this young man's shirt to go from absurd to prophetic:

If Wenger doesn't pull Benzema out of the bag before transfer deadline day I pray this kids name is Ben #SSNHQbenzema http://t.co/xQm6g1vfcl

We need to save Karim Benzema from looking like a SONS OF ANARCHY extra and/or Shia LeBoeuf http://t.co/qpiyOrEiAt

Thankfully, Arsenal fans have been handed a quantum of solace: If Benzema is a no-show again this summer, there's always the back-up plan of sticking Laurent Koscielny up front: 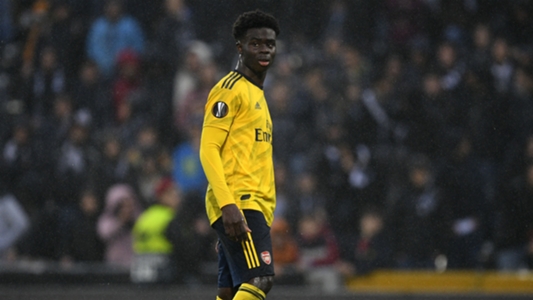