As mystique continues to dwindle, erasing “Go Blue” chants and echoing crying sounds at one of college football’s elite program, Rich Rodriguez is again thrown in the middle of all the utter confusion.

He’s irritable, emotionally disheartened, and infuriated as the season looms closer. He was seeking to rebuild a legitimate program, but now Rodriguez is the scapegoat for staining what could’ve been a forceful program in the near future.

Just like most well-known programs, Michigan is one of the most demanding in the nation. Each year, they’re expected to sustain a Bowl game, and Rodriguez is expected to guide the Wolverines back to the top.

But they’re not reaching standards as expected, and now transforming into a disoriented crisis. The program is faced with a troubling scandal, which endangers the upcoming season, and of course, Rodriguez’s future.

According to several players, he has violated NCAA rules, restricting the amount of practice and training time that the team is giving. The ramifications are unreal and stunning for an influential coach who built a dynamic powerhouse in the Big East.

Players were forced to work hard, extra hours, long nights by strength and conditioning coach Mike Barwis, dating back to his tenured in West Virginia. Many were devoted to participate in practice drills last offseason for 15 to 21 hours a week, failing to abide by the limit of eight hours.

If allegations are true, the scandal stains the befitting coaching tenured before Rodriguez committed to take on a rigid challenge.

From his resume, he was the future to Michigan’s rebuilding plans, and was beneficial to uplift and revitalize ambition for winning. Above all, Rodriguez has taken bashings from critics, after first impressions took a downfall when he finished with a 3-9 record in his rookie season and embarrassingly led the program to more failures.

Just when you thought they’d magnified their chances of competing against USC, Florida, Texas or Oklahoma, by shutting the doors on long-time coach Lloyd Carr and replacing him with Rodriguez, an intelligent recruiter who was bestowed with tremendous credit at West Virginia, have toppled into impediments with the Wolverines.

Receiving credit isn’t nearly engaging at Michigan. Guiding raw and inexperience players with high expectations, including his successful resume, Rodriguez was supposed to turn an underachieving program into an excelling program. Instead, he watched a long and miserable season inhibit eminence.

But creating a new solution to establish superiority isn’t always bad. But when it involves extra practice time for violating health safety and academic study time, it’s a devastating scandal that can punish Rodriguez and Michigan. It can ruin years of traditional mystique, if the program is guilty of NCAA infractions.

It will expunge everything Michigan has ever possessed, including reminiscences of the late and legendary coach Bo Schembechler, who imprinted dignity and polish in the 1970’s.

Years of elite talent and coaching elegance is least important, as Rodriguez fatally watches the program diminish. A long-term commitment and future can be on the line. Before allegations struck Rodriguez, I said Michigan needed one more season to see if he’s the perfect coach to renew traditional aspects.

I respected him for building a helpless program into an elite program, and have identified him as a phenomenal coach for strategizing and designing plays. But Michigan likes Rodriguez for his charisma and inspiration, which creates unity and emphasizes collaboration.

With allegations surfacing in bad timing, Rodriguez, who’s faced with a burden and is being investigated by the administration was emotionally angry at the press conference on Monday. In front of reporters, he tried to clear guilt, his name, and defended the program and himself of the allegations, which will overlap into the season.

Don’t be surprised if an underdog pulls off an upset to become the next Appalachian State with all the interruptions, preventing Rodriguez and Michigan from impression the nation.

Suddenly, Rodriguez is the most dislikable coach in Ann Arbor and could even fair as the dislikable coach of all-time among Michigan athletics. At this time, he is the blame for humiliation on a program that hasn’t seen stigma since the early '90s, when forward Chris Webber signaled a timeout with none left.

Making players work too hard, is regrettable, if Rodriguez isn’t allowed to maintain his coaching job and if it dismantles prominence.

Mistakes will cost him, by making players work to hard. It wasn’t worth the extra weight-lifting or practice drills, but it was worth amplifying mystique. 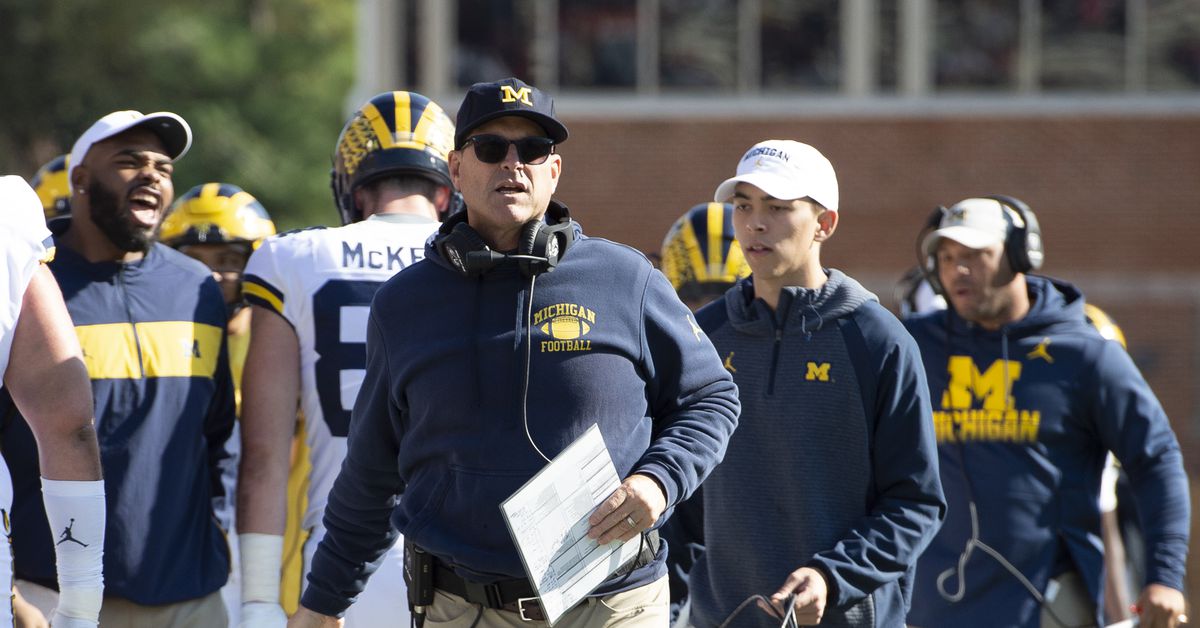