Dante Exum's rookie season has not gone according to the media's plans, and that's just fine.

The Utah Jazz point guard has exceeded expectations as a defender and may be the best rookie in the NBA on that end of the floor.

The No. 5 overall pick in the super-hyped draft class of 2014, Exum was supposed to be a long, athletic point guard who would make plenty of mistakes on offense but still be able to get to the rim at will.

Prior to the draft, Bleacher Report's Jonathan Wasserman wrote:

Exum will enter the draft with "scoring point guard" attached to his label. Like the Russell Westbrooks, Derrick Roses, Stephen Currys—Exum projects as a go-to option in the offense, yet one who can also initiate and run it.

Fast forward to March, and Exum is averaging just 4.8 points and shooting 35.3 percent from the field. His 2.3 assists per game ranks fifth on the Jazz.

But that doesn't mean the scouting reports were wrong. The physical part is absolutely there. For the time being, it's just manifesting itself on the other end.

Exum's 6'6" frame and ultra-quick feet have already made him a nightmare matchup for opposing point guards who are used to having a much easier time getting past the perimeter.

"Dante Exum's Keep-in-Front% of 50.4 is the 4th highest mark among all guards over the past month" via @VantageSports

His ability to thwart opposing offenses at the point of attack has had a clear trickle-down effect on the entire Jazz defense.

Head coach Quin Snyder made Exum the full-time starter on January 22. The contrast in the team's defense before and after that move is stark.

The numbers got even better since the All-Star break, when Enes Kanter (one of Utah's worst defenders) was traded to the Oklahoma City Thunder.

Snyder, speaking about Exum and fellow rookie Rodney Hood, talked about one of the reasons they're so impactful defensively (per Salt City Hoops' Ben Dowsett):

(Rodney)’s been a little better defender than maybe people have seen, but hasn’t been healthy until more recently. Dante obviously, I think [defense] was an area where Dante felt like he could make an impact. I’m pleased with both of them in that situation, I think their length is an advantage. Obviously a lot of things Rudy (Gobert) does are terrific, but the ball with those guys isn’t getting into the paint as much, and that’s something I’m very pleased with.

When opposing guards try to make a move past Exum on the perimeter, they have to cover significantly more ground to get around his 6'9" wingspan. And again, his lateral quickness makes that even more daunting.

Plus, the reach helps him get inside an opposing guard's handles.

And on the rare occasions someone does create a little space, Exum has the explosiveness to get back into position in an instant.

So how does Exum compare to other rookies?

Among rookies who've appeared in at least 50 games, his defensive rating of 98.5 is first. That's significantly better than some of the other rookies who are commonly billed as some of the class' stronger defenders.

The impact Exum has had on Utah, which now has the league's best defense, has been immense. Gobert and Derrick Favors get a ton of credit, but neither has to help on nearly as many drives when Exum's on the floor.

As those three continue to develop both individually and as a unit, the Jazz could have one of the toughest defenses in the NBA for years to come.

Exum will be right there at the point.

Unless otherwise noted, all stats and salary figures are courtesy of NBA.com and Basketball-Reference.com, and are current through games played on March 19, 2015.

Pels HC on older coaches possibly being away from their team: 'I think it's unfair ... I want to be with my team' 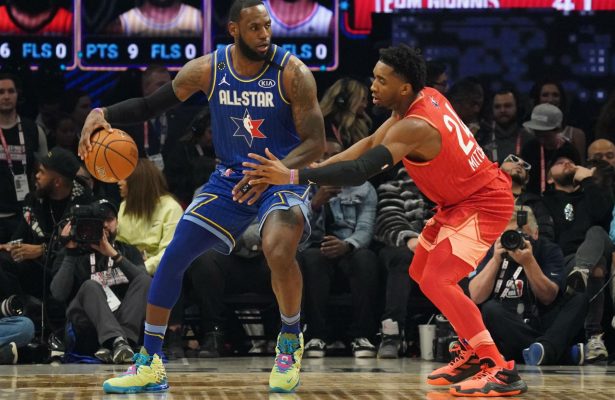