Part Three of my series on players who had their one career NHL game in a Montreal Canadiens uniform.

In total, 29 players saw their lone chance in the NHL as members of the Montreal Canadiens.

Whether it was part of a tryout, an injury substitution or a draft pick bust, they all have their place in Canadiens history.

A special thanks to Robert at Habs Eyes on the Prize for getting me a few of the photos featured in this series.

The Canadiens picked up Mailey from the Washington Lions (AHL). He played his lone game against Chicago in Dec 1942.

A scoring star in his native Nova Scotia, McGibbon was signed in October 1941 but only managed a minor penalty in his lone game in the 1942-43 season.

Still only 25, he is currently playing in the LNAH for St. Jean and there’s always a chance he could return to the NHL (see Thomas, Tim).

Morissette got his shot between the pipes, replacing an injured Gump Worsley, for the Canadiens on Oct 30, 1963 and gave up four goals times in 34 minutes to take the loss.

He missed the remainder of the season after he suffered a broken cheekbone in practice the following day. 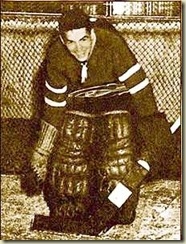 Jacques Plante was to replace the injured Gerry McNeil, but found himself injured as well. Hal Murphy was called up from the Montreal Royals and found himself starting on November 8, 1952.

Murphy took the win in a 6-4 victory over Chicago. 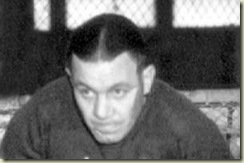 With George Hainsworth injured, Murray got his shot in Montreal on February 25, 1930. The New York Americans defeated Murray and the Canadiens 4-2.

After some time in the MCSHL and two years of military service during WW1, Payer signed back on as a free agent and played one last game for the now-NHL Canadiens in the 1917-18 season.

Piché is not recognized by the Canadiens historical roster, but his name is mentioned for playing a shift, by the Montreal Gazette, during a December 21, 1921 win over Hamilton

His big brother, Larry, had a much more successful career with the Canadiens.

The Canadiens first pick (13th overall) in the 1989 NHL Entry Draft, Vallis got his chance after three seasons in the AHL in the 1993-94 season.

He found himself back in the AHL, with Worcester, the following season and was out of pro hockey by 2001.

His profile at Legends of Hockey