The Islanders had just finished dismantling the Rangers, 3-0, on Tuesday night in their latest impressive victory in a season that has been filled with them. Tavares sat at his locker in the visiting room at Madison Square Garden, probably in his 10th minute of postgame questions and platitudes, when he heard it.

"Do you look at this as a measuring stick? Maybe not a statement win but in terms of getting people to believe in what this team has been doing all year?"

Tavares remained as stoic as ever while being asked if the Islanders measured themselves to a team they haven't trailed in the standings since the second day of the season before summarizing why that was a silly question without actually saying that.

"We've had that question asked quite a bit throughout the season," Tavares said. "That trip we had out in L.A.(beating the Kings and Ducks on back-to-back nights), the home-and-home victories against Pittsburgh earlier in the year. Every game is a new challenge and we expect to win. We expect to beat everyone we play against."

The question is understandable from one perspective—after all, these are the Islanders, the only thing more perpetually frustrating and disappointing on Long Island than rush-hour traffic on the Long Island Expressway. Fans are likely split into two groups: the ones that say, "Respect us already because we are really good," and the ones that tremble with fear and think, "We will probably find a way to screw this up."

So excuse me for either stating the obvious or contributing to your anxiety about a collapse, but Tuesday night is just the latest reason why you shouldn't expect the Islanders to go anywhere during the second half of the season.

The Islanders outshot the Rangers 44-27 on Tuesday, marking the 14th consecutive game in which the Islanders have outshot their opponent. They sit atop the Metropolitan Division with a 29-13-1 mark and 59 points—10 more than ninth-place Florida. The Islanders' 29 wins are tied for most in the league.

Look away if you're allergic to analytics or shot metrics: The Islanders are tops in the league in Fenwick (55 percent) and Fenwick-close (56), two of the best indicators for determining dominance in the standings.

This has been happening for 43 games and isn't likely to change over the final 39 games, which begin with the latest "measuring stick" game against the second-place Penguins on Friday in New York.

The only question about all of Garth Snow's moves this summer—Mikhail Grabovski, Nikolay Kulemin, Nick Leddy, Johnny Boychuk, Jaroslav Halak—was how so many new faces would mesh with so many young ones that haven't experienced much NHL success. But the arrival of those veterans along with the almost simultaneous emergence of Anders Lee, Brock Nelson and Ryan Strome have transformed the Islanders into a five-on-five juggernaut.

It's understandable if the ideas behind Fenwick and Corsi are confusing and don't make sense, truly. Defenseman Travis Hamonic, however, could not have explained both the Islanders' success and the importance of consistently winning the shot-attempt battle any better Tuesday night.

"That’s, quite frankly, at this point, part of our identity,” defenseman Hamonic said. “If you’re going to look at pure mathematics, if you shoot the puck more, the chances are you’re going to score more goals. I know that sounds childish to say, but it’s probably going to work out.

"For us, that's part of our game plan. It's not just throwing pucks on the net from anywhere. It's throwing the puck on net when you have a guy driving. Maybe it hits something. Maybe a guy is going back door. Quite frankly, as a defenseman, when pucks are coming from all over the ice, you have to reposition yourself. I think that's something not a lot of people realize. Once the shot comes, the opposition forward is really going to push off you and try to find the puck. At that point, you're stuck battling and trying to tie sticks up.

"It makes it a lot harder than the average person would realize than just throwing a crappy shot on net."

Johnny Boychuk offered a shorter, less complicated, more succinct explanation about shot attempts: "You have to earn your bounces sometimes, and today we had some bounces."

Which means the question about the Islanders shouldn't be, "Are they for real?" but, "Can they win a Stanley Cup?"

History shows most Stanley Cup champions need that deep run that falls short before getting over the final hurdle, and the Islanders simply haven't been tested in that way yet. That doesn't exclude them from being legitimate contenders, but it's something to keep in mind when the postseason begins. Experience matters.

What matters more is goaltending, and the Islanders finally have it in Jaroslav Halak. All the shot-attempt talk above won't matter if Halak, who has had his share of injuries in the past, isn't healthy when the playoffs begin. Having a goaltender who can regularly make saves can make a positive difference (Jonathan Bernier) or negative difference (Edmonton) if the goaltender is shaky in the face of poor or solid possession numbers.

If Chad Johnson is starting Game 1 in the first round against the Rangers in April, all this five-on-five acumen won't matter.

As it stands now, however, the Islanders are for real. The realest team in the East, perhaps.

Maybe some people won't believe that until they clinch a playoff spot or even win a series.

But everything about them through 43 games says they are legitimate, albeit inexperienced, contenders.

All statistics via NHL.com and Stats.HockeyAnalysis.com. 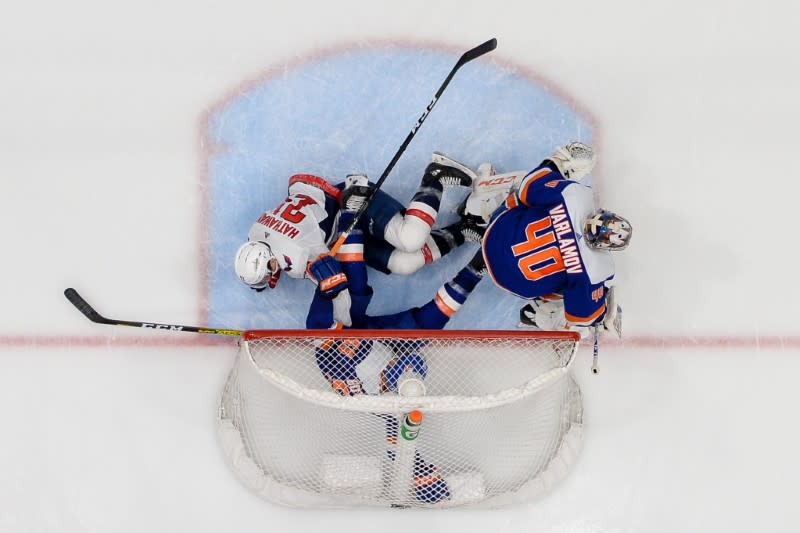