Finesse isn't what makes Arizona freshman Stanley Johnson special. But back in April at a practice leading up to the Jordan Brand Classic in Brooklyn, Johnson went out of his way to unveil his skill when working on a post-up drill with some of the best bigs in the country. It was obvious Johnson was quick enough to get around any of the other players, but impressive as that might have been, he was instead making it a challenge. One by one, he was beating them by banking in one-footed fallaway jumpers, a la Dirk Nowitzki.

After each shot fell through, he flashed a big smile.

Johnson is a natural athlete, as good as you'll find in college basketball this season. And he could get by with just relying on his speed and strength. But to Johnson, he wants to be more than just an athlete, and he's had to work for people to see more than just 6'7" and 245 pounds of raw power.

"Nothing ever came easy for him besides banging into other people," says Charlie Torres, Johnson's trainer back home in Fullerton, California.

What everyone sees is the product on the court, and Johnson is off to an impressive start this season at Arizona. He leads the third-ranked Wildcats in scoring at 14.1 points per game and earned MVP honors at the Maui Invitational last week.

But behind the scenes, Johnson has progressed so quickly at every stage of his career because of hard work. He worked with Torres, perfecting skills like that Nowitzki shot. He worked at his craft while practicing with and observing the one-and-done phenom he replaced at Arizona: Aaron Gordon. He's worked at it as far back as playing youth basketball on a team started by his mom, Karen Taylor, a former collegiate and overseas professional player.

The result is as close to the total package for a perimeter player as you'll find in this season's freshman class: the speed and agility of a running back with the handle of a guard and the strength of a post player.

And the work ethic to keep getting better.

Johnson arrived at Arizona as accomplished as any freshman in the country. He won four state titles at Mater Dei High School, becoming the first player in California history to go four for four at the state's highest classification.

The last two years, he has been the star. But as a high school freshman, Stanley Johnson was a project.

The summer after his first year at Mater Dei, he was sneaking off to a side gym during lunch of summer school. Two older teammates were working with Torres and his partner, Shea Frazee, in the main gym.

For three straight days, Johnson would peek around a curtain and smile when the trainers looked over. Finally, he asked if he could join.

"What grade are you in?" Torres says he remembers asking, assuming the "big bear" who had been peering in was a senior on the football team.

When Torres found out Johnson was going to be a sophomore and watched him play, he realized he had discovered the next big thing in the area.

"I said, 'Shea, this kid could be high-caliber, a potential lottery pick,'" Torres, who made his reputation by training former Arizona star Derrick Williams, recalls. "'He just needs confidence.' His confidence was completely shot."

Johnson had been a role player as a freshman, providing a big body and rebounding from the post for Mater Dei. He had the ability to be more than that, but as soon as he started working with the trainers, it became clear he lacked the work ethic to get there.

Torres says he wouldn't get back on defense in five-on-five games, and they would make him sit out.

"We had to kick him (out)," Torres says. "'Stan, go home. You're messing up the game. Get out of here.' Sometimes he'd have to wait and watch because we were his ride home."

Later that summer, Johnson went to try out for the United States' under-16 team and found a mentor in Gordon.

Gordon ended up as the leading scorer on the gold-medal-winning team at the FIBA Americas Championship. Johnson barely made the team and hurt his thumb during the tournament, playing in only two of the five games.

But when Johnson got home, his attitude was completely different. He worked hard and listened to his trainers. When they asked what happened, he said watching and talking to Gordon had made him realize his approach needed to change.

"Stan was kind of infatuated with Aaron," Torres says. "They played together on the (Oakland) Soldiers, and Aaron just outworked people. That became his motto. Stan was going to outwork people.

"He came back a completely coachable sponge. He worked hard. He listened. He was thriving at Mater Dei. And it showed."

Torres and Frazee are also assistant coaches at La Mirada, a school 10 minutes from Johnson's house. Johnson would show up to their practices to get in extra workouts after they finished coaching, often showing up early to help coach the La Mirada players.

"It's like watching The Sandlot," Torres says. "He was Benny the Jet. All the other kids weren't as serious. They wanted to watch the fireworks. No, Benny the Jet is trying to hit home runs and go to the Dodgers."

After Johnson scored 24 points in the Jordan Brand Classic at the Barclays Center, he stood in the interview room and listened as a reporter told him he was impressed with his stroke since he didn't really have the reputation as a shooter.

His jumper is a work in progress, but it's also something that he's happy to show off after years of working to make it respectable. When he started working with Torres, Johnson shot it from his belly button. When he had the ball on the perimeter, his defender would stand in the lane.

"He's a guy that wants to be a great player," Arizona coach Sean Miller told Bleacher Report this summer. "If you've watched Stanley as a ninth- and 10th-grader like we did, he was a far cry from where he is today. That's a true testament to his work ethic."

When Johnson started to show the ability to knock down outside shots as a high school junior, it took opponents by surprise. Johnson made five three-pointers and scored 26 points in a state championship win over Gordon's Archbishop Mitty squad in 2013.

"I didn't know he could shoot the ball that well," Gordon says. "He came out and hit his first couple shots from far away."

But there's still work to do in what will likely be his only season at Arizona—Johnson is projected to be a lottery pick in the 2015 NBA draft. He is so determined to prove that he can shoot from outside that occasionally he'll force an untimely perimeter jumper when he could get to the bucket. He went 2-of-10 from deep through Arizona's first three games, but he has gone 6-of-9 since and is shooting a stellar 42.1 percent from deep.

Johnson is great in the open court and thrived this summer at the Under-18 FIBA Americas Championships playing in Team USA coach Billy Donovan's full-court press. He was the MVP of the tournament and averaged 14.0 points, 5.4 rebounds and 2.2 steals per game. He was at his best getting out in the transition opportunities Donovan's pressure defense created. The college game is not always so open, and Arizona plays more of a half-court style, but Johnson is starting to adjust.

"He's going to have to get used to not being able to just overpower everyone. Knowing how to get space and get his pull-up jump shot off, get the floater off," an NBA scout told Bleacher Report. "Because he's not going to be able to just drive through everyone in college and certainly not at the next level."

Sometimes players try to show that they can do what others think they can't, and that's one thing Johnson could battle this season. This is where his relationship with Gordon could come in handy. Gordon had his own struggles with his outside shot, but he impressed NBA scouts with his ability to defend, rebound and play with great energy.

"I just tell him not to treat Arizona as a stepping stone to the next level," Gordon said. "While it's not his ultimate goal to play college basketball, he can't miss out on the time there preparing for the next step."

The goal at Arizona is, of course, to win.

In addition to the four state titles, he didn't lose a game in his last two years of high school and is off to a 7-0 start at Arizona.

"He makes big shots, big plays. It's uncanny," says Frank Burleson, a veteran journalist on the California prep basketball scene. "That's the thing that set him apart over the last four years. There's very few people who have been as good a prospect as he is and who have also won so frequently who also came through in certainly clutch situations."

Johnson's potential was on display this summer at the Drew League in California, a pro-am that often lures NBA talent. He played on a team with James Harden and Derrick Williams, and the Arizona freshman dropped 30-plus points in two of the first three games, and was MVP of the league one week.

Johnson likes winning so much that Torres says he's a "jerk" even when it comes to pickup games. "He'll fight for every loose ball," Torres says. "He'll fight for calls. He'll argue about calls. We have an ongoing joke at the gym—he's a professional pickup player, because he'll do whatever it takes to win."

Johnson likes a challenge, but his career path has obvious intentions.

He went to Mater Dei because it is the most tradition-rich program in California.

He sought out the best trainers in the area and worked with them at every possible opportunity so he could become more than just a "big bear."

He studied and mimicked Gordon because he was the best player in the state.

And he picked Arizona because Miller has stockpiled talent.

Johnson will. He just wants to make sure he finishes on his terms.

"Arizona has been on the brink of getting to a Final Four a couple times, and this year I think we have no excuse not to make the Final Four," he says. "For me, it's national championship or bust." 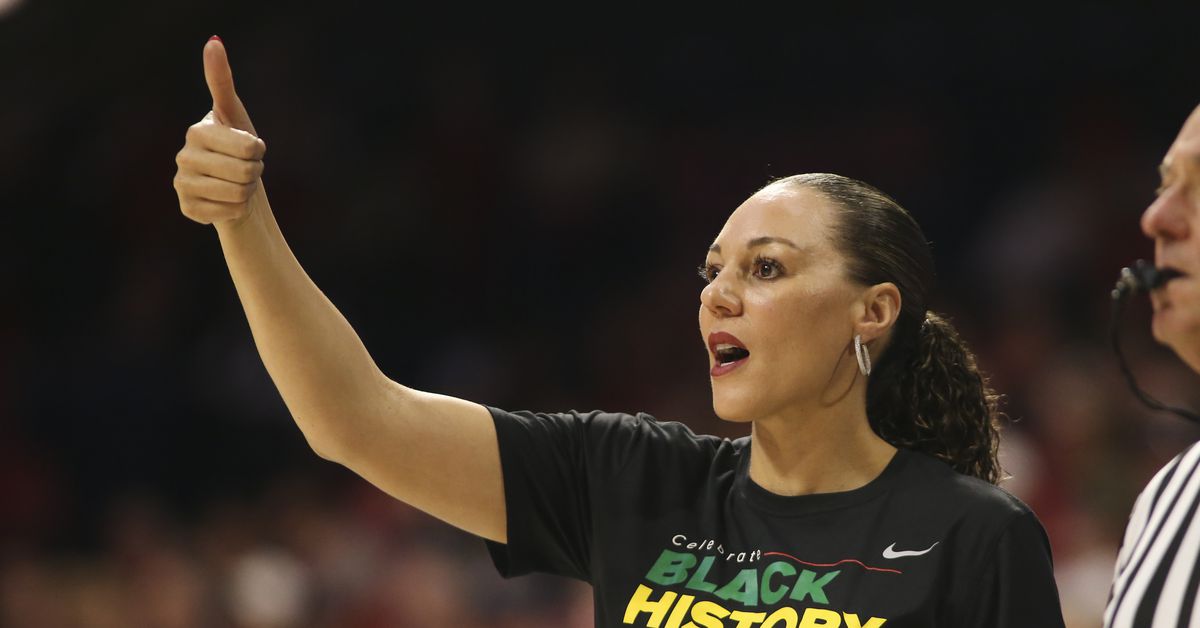 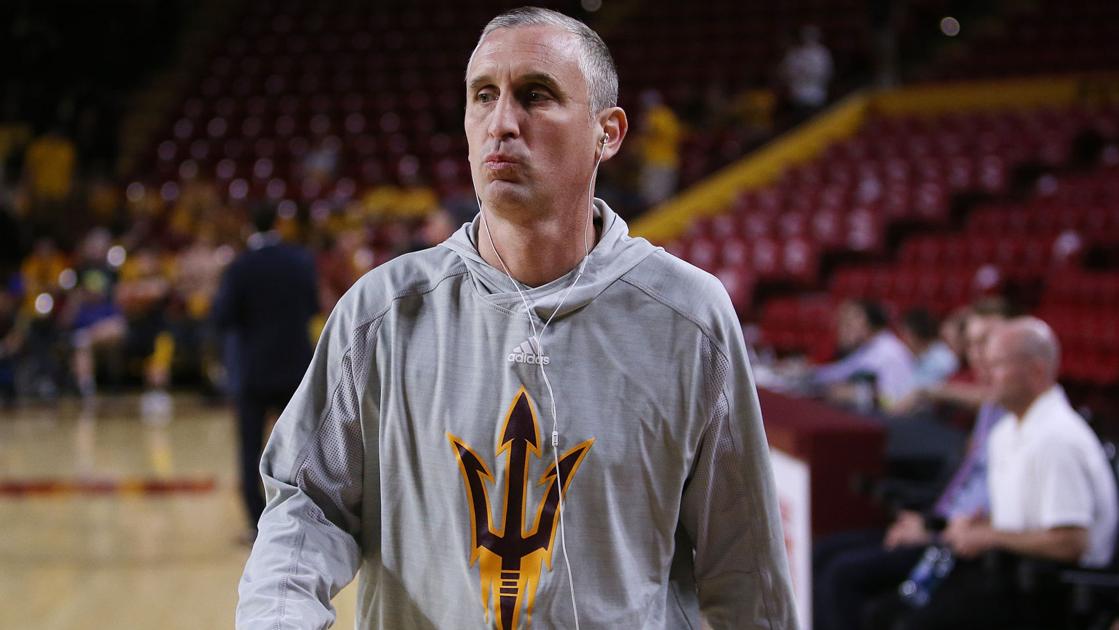