Los Angeles Lakers superstar Kobe Bryant might feed off criticism as well as anyone in NBA history, but that doesn't mean he likes to hear it.

The 36-year-old, who played only six games last season due to injury, checked in at No. 40 on ESPN.com's 2014 NBA player rankings.

Once word got back to the Mamba of his not-so-flattering position, he fired back a shot of his own at those responsible for the list, per Bill Oram of the Orange County Register:

Kobe on ESPN ranking him 40th best player: "I've known for a long time that they're a bunch of idiots."

If this story sounds at all familiar, there's a reason for that.

It played out in almost the exact same way prior to last season, only that ranking placed him 15 spots higher at No. 25. He wasn't exactly thrilled with that standing either, per Eric Pincus of the Los Angeles Times:

Like all subjective rankings, these are nothing more than opinions. And those aren't easily formed with a player attempting to rebound from a serious injury.

Perhaps that's why Bryant finds himself in the same company as former All-Stars Dwyane Wade (No. 36) and Rajon Rondo (No. 37). All three are set to enter the 2014-15 campaign surrounded by uncertainty, having missed a combined 156 games last season.

Bryant has plenty to prove, both as an aging veteran looking to evade Father Time and as a member of a Lakers team that set a franchise record for futility last season. It's understandable to question what he has left in the tank after 18 years in the league, especially in light of his struggles to stay healthy during the most recent one.

I would say be VERY careful to doubt a player with the drive and work ethic that @kobebryant has..... #YouveBeenWarned

"An older player like Kobe is bound to fall in preseason lists like this because everything points to a fall in his numbers," wrote LakersNation's Corey Hansford. "However, you can never doubt Kobe Bryant and he tends to take note of those who do—just so he can prove them wrong."

It's hard to say whether Bryant still has enough juice to quiet his critics. There is a ton of mileage on those legs, and they seem to be starting to show all that wear and tear.

While the Los Angeles Daily News' Mark Medina reports that Bryant might not play enough minutes to recover all of that production, it isn't out of the question for him to post relatively similar stats on a smaller scale. With his footwork, basketball IQ and relentless competitive drive, he will be a force for as long his body cooperates.

Assuming he holds up, he could still be a special player this season. It's hard to imagine there are 39 other players in this league who could realistically make a similar claim.

And don't be surprised if Bryant reminds us all of that throughout the year. 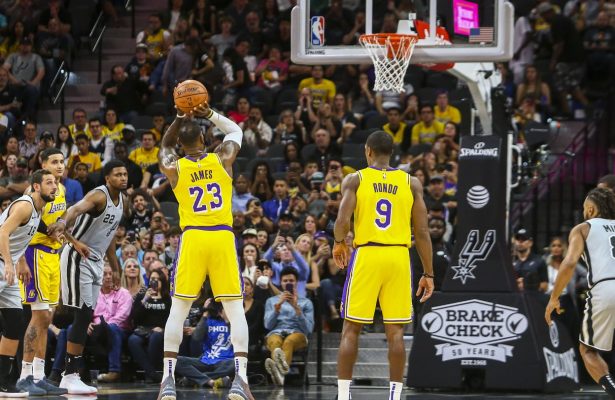