Watching the AA All-Star Game, I was amused by all the talk regarding Jesus Montero and whether he will be part of a package Yankees GM Brian Cashman sends to Toronto for Roy Halladay.

Cashman held court last Wednesday before the game started, answering questions about a variety of issues. Mostly the talk was about Halladay. Although he couldn't mention Halladay by name, Cashman did say that the Yankees would seek to fill out their rotation internally. That means Sergio Mitre, and I am hopeful Mitre will get a decent shot at sticking around.

Cashman was asked if any players were untouchable, and he said, "Nobody is untradeable, but some players are more tradeable than others.” This means that Montero COULD be used a chip for a trade, and Cashman thinks “Montero will be a catcher in the future."

But as Peter Abraham pointed out, the older Yankees like Derek Jeter, Mariano Rivera, and Jorge Posada are having good to really good seasons, and at their advanced ages, who knows what they produce next season or in 2011?

Maybe Halladay will provide the Yankees their last real chance at a title for those guys. Of the three, only Posada is signed past 2010.

While nobody is untouchable according to Cashman, it must be pointed out that if a trade is made for Halladay, the "youth movement" that Cashman has promoted could be considered a bust. In order to take complete control of baseball operations, Cashman vowed in 2005 to build the system to begin producing players so the Yankees did not have to go out and sign free agents.

That is why the trade was not made for Johan Santana before 2008. It is also why the Yankees have drafted projected first round talent in the mid-to-late rounds and offered them big dollars to sign.

Still, not one impact player has been produced under the new Cashman regime. Some nice players have played well, such as Brett Gardner, Robinson Cano, Melky Cabrera, and a couple bullpen arms, but Yankee fans want their Evan Longoria, their Jon Lester, and their Chase Utley—homegrown impact guys who help lead their teams to the playoffs and World Series Championships.

I would not want the Yankees to trade the entire farm for Halladay, but if a trade was made for anybody, I would make sure Montero and Zach McAllister are not part of it. The hype for ZachMac hasn't really started yet, but it is warranted, while the projection of Montero as a major league-ready bat, but not so ready defense, is spot-on so far.

If you have read my prior articles, you know how much I like McAllister. Don't worry about this recent trip to the disabled list, as it is only pre-cautionary, and we know how the Yankees like to protect their young pitchers.

McAllister started last Wednesday's All-Star game, and Montero came on in the sixth inning to catch. When Jesus entered the game, the score was 3-3. Check out the play by play.

Over the next four innings, the South squad stole four bases off Montero, and he committed one passed ball. He showed decent, but not great, footwork on the throws.

The final two stolen bases directly led to the go-ahead run in the eighth and the insurance run in the top of the ninth. While most writers covering the game focused on Montero's 2-for-2 night, I felt his defense was the most important aspect of the game. The runners stole at will and stole during key moments.

While Cashman said that he projects Montero to be a catcher down the line, his more ready part is his bat. His bat is major league-ready now, but his defense lags behind at least at a High-A level. The Yankees have little patience for young players as it is, let alone someone who can't play defense at the major league level just yet.

With Austin Romine in High-A and playing really well, both offensively and defensively, he projects as the next full-time catcher—not Montero. Montero is a ready bat, similar to Miguel Cabrera when he came up to the Florida Marlins as a 20-year-old. Montero will be the new Cabrera. His bat is that good.

His bat will be needed soon in New York. Johnny Damon, Hideki Matsui, and Eric Hinske will likely not be back next year, nor will Jose Molina. The Yankees will need more offense, and Montero provides that. He needs to see the writing and put the needs of the team ahead of his.

He could play some catcher, but also some first base, some DH, and some outfield. Just get that bat in the lineup every day possible.

Montero is your homegrown stud, the Yankees' Longoria, their Lester, their Utley. It is just that his defense is not there yet. 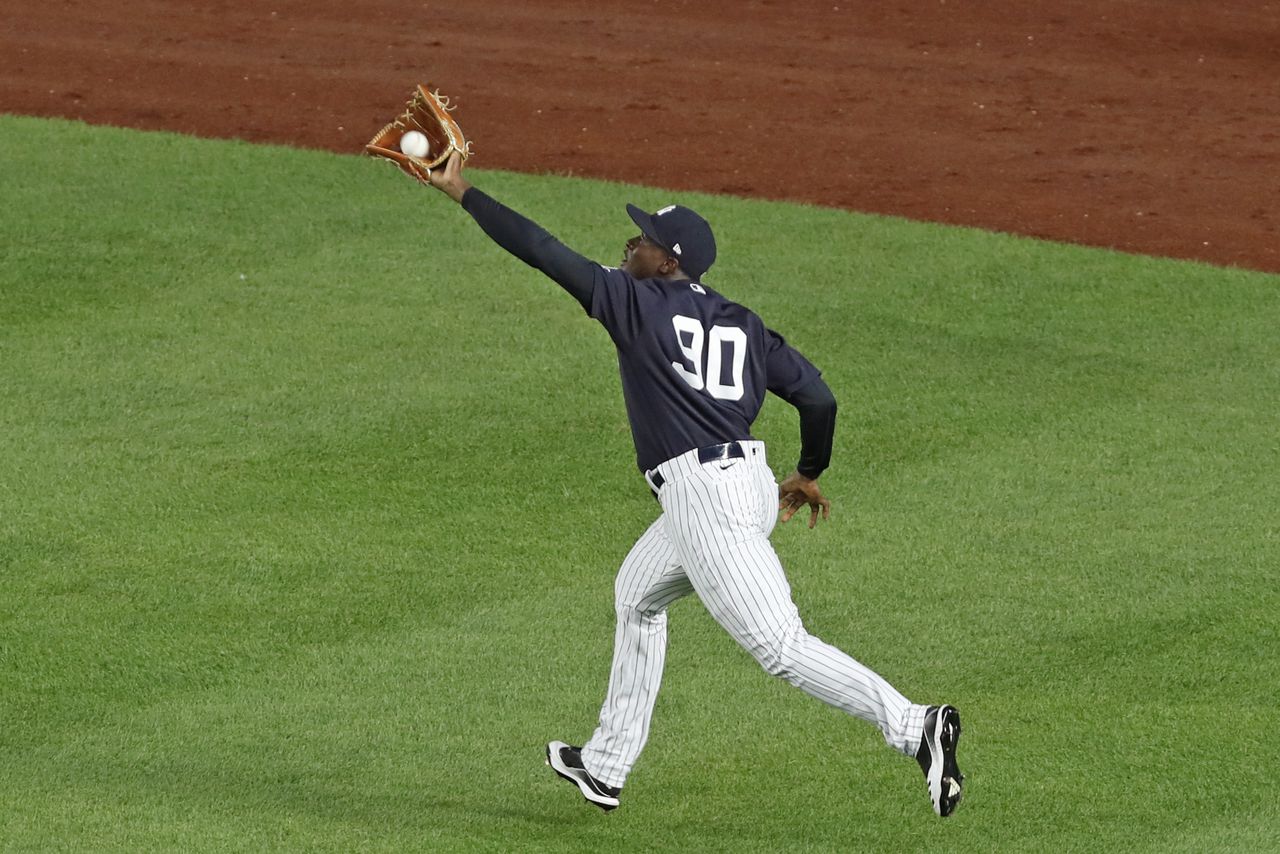