“Manchester United are inspired by Manchester United, not by Liverpool or by any club,” said Patrice Evra, in an interview with Norwegian TV2 earlier this year. The Frenchman’s understanding of what it meant to play for United, twinned with his excellent ability on the pitch, will surely see him go down as one of the club’s all-time greats.

Better technical players have graced the Old Trafford turf, but few have immersed themselves in the culture of the club like Evra.

Ryan Giggs, Paul Scholes and Gary Neville—United’s modern-day "Holy Trinity"—will rightly go down as three of United’s best-ever players. Plying their trade in the youth teams, they broke into the first team, won countless trophies and the former two have since moved into coaching roles at the club.

Evra can’t attest to the same romanticism, having played for four clubs before joining United, but he had a similar impact at the club.

United paid £5.5 million for the Frenchman in 2006 and sold him to Juventus for a little under £1 million, per ESPN. That’s just £4.5 million for eight years of service and 15 trophies—phenomenal value for money by anyone’s account.

But it’s Evra’s sense of humour, personality and wit that United, club and fans alike, will miss the most.


Evra: A Character on and off the Pitch

Evra was a real character, constantly causing mischief. There was never a dull moment.

Whether it was pretending to bite a fake arm in the wake of Luis Suarez’s incident with Branislav Ivanovic, making bunny ears behind Sir Alex Ferguson or suggesting that he would buy Park Ji-Sung a car for providing the assist that ended his goal drought, Evra’s sense of humour proved incredibly endearing.

But Evra also knew that, as a senior player in a team of United’s stature, he had a responsibility to ensure the club was represented in the right way.

He was the one who attempted to learn Korean to better communicate with Park and, ultimately, he was the player who you could always count on to uphold United’s values when it mattered.

In his book My Autobiography, Ferguson recalled the first time he came across Evra:

With full-backs it’s like searching for a rare bird. When we first saw Evra, he was playing as a wing-back, but he had the speed and was young enough to switch to full-back in our system. We knew plenty about his attacking capabilities. He was quick, had superb technique and a strong personality. Very strong.

And it was his strength of character that simultaneously made him loved by United fans and loathed by (some) opposing ones.

When Suarez was banned for eight matches after being found guilty of racially abusing Evra, the Frenchman celebrated in front of the Uruguayan following United’s 2-1 win over Liverpool in February 2012.

To United fans it was a golden moment, especially since Suarez refused to shake Evra’s hand in the build-up to the game. To Liverpool fans, it was fuel to their fire. Evra had kissed the United badge at Anfield just one year previously, after all.

And though he wasn’t blameless in the Suarez saga—he was controversial at times, let’s face it—it was a mark of Evra’s character that he voted for the Uruguayan as his Professional Footballers’ Association’s Player of the Year this past season.

Ultimately, Evra was a constant source of fun, a prominent figure in the dressing room and a symbol of hate for the “Anyone But United” contingent of football fans. That’s what made him great—he was a character.

But he didn’t exactly hit the ground running. Ferguson described Evra’s debut in his book My Autobiography: “As all United fans will remember, Evra’s debut came in the Manchester derby at Eastlands and was a total disaster. You could see him thinking, ‘Why am I here?’ Eventually he settled and developed.”

Evra captained the side on a number of occasions, developed his goalscoring threat and struck one of United’s best goals in recent memory against Bayern Munich.

In his final season or two at United he had a tendency to get caught out of position, which perhaps stemmed from the fact that he started out as a wing-back. Evra loved nothing more than marauding forward, setting up camp in the final third and clipping in cross after cross.

That was his game, and he perfected it.

Particularly in his last 18 months at Old Trafford, he held the left-hand side together in the absence of an out-and-out left-sided winger. That was overlooked, meaning Evra came in for unfair criticism when things went wrong.

For the most part, however, Evra will be remembered as one of the finest left-backs in Premier League history.

It’s also a fitting way to sum up Evra’s career at Old Trafford. He was hated by many opposing fans, adored by United ones and, after eight wonderful years, cannot be ignored as one of the club’s best-ever players.

So much so that United would be foolish not to employ Evra at the club in some capacity in the future.

Whether it’s as an ambassador, coach or to rev up the crowd ahead of a crunch game against Liverpool, there should always be room at Old Trafford for Evra. The Frenchman is one of a few select players who can be afforded that luxury.

If you asked United fans to list their top 10 favourite United players of all time, Evra’s name would feature in all but a few.

There’s often a lack of consensus when it comes to determining what makes a player “a great.” Is it solely their on-pitch ability? Is it the way they conduct themselves off the pitch?

Really, it should be about finding a balance, and that’s why Evra is one of United’s greats.

360 hours of study, a 3,000-word report and 45 minute presentations are just the beginning

Rafael Teases Liverpool: It Would Be Great If the League Is Cancelled 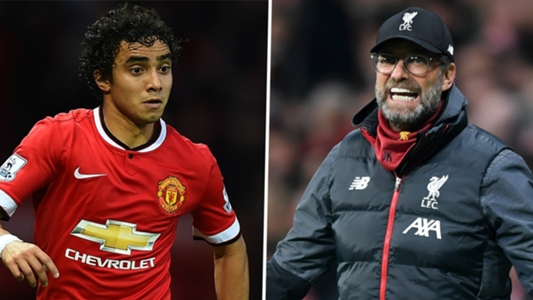 Rafael Teases Liverpool: It Would Be Great If the League Is Cancelled