Battling dehydration and 90-degree temperatures, the San Antonio Spurs and Miami Heat suffered together through Game 1 of the NBA Finals.

Thanks to a broken air conditioning system at the AT&T Center, the Spurs’ home court was more greenhouse than basketball arena on Thursday night, with players on both teams struggling noticeably in the oppressive heat.

No one, however, felt the sting as acutely as LeBron James.

Miami’s superstar had to be carried off the court in the fourth quarter after pulling up with what appeared to be severe leg cramps.

It was the second time in the contest James had to leave the game with dehydration issues, and Internet users took full advantage of the situation.

Using the hashtag "LeBroning," social media users began mimicking James’ exit from the court and sharing pictures of themselves being carried by friends.

Spurs fans and random Internet trolls weren’t the only ones who weighed in on James’ "toughness."

According to the Sun-Sentinel, former Miami Dolphins player Jonathan Martin tweeted that the Heat star needed to "drink some Gatorade" and get back on the court.

"With that said...C’mon bruh. Drink a Gatorade & get out there," Martin wrote in a now-deleted tweet.

Yup, Martin, who fans stood up for as the victim of bullying, thinks James isn’t playing tough enough.

Fittingly enough, Gatorade also took a pot shot at James, who is sponsored by Powerade:

Indeed, the biggest takeaway from Game 1 is that LeBron James can’t "take the heat." He’s likely the first player in the history of athletics to suffer from debilitating cramps brought on by stifling temperatures.

Jokes aside, James’ muscle spasms hurt Miami as much as they did the man. Sharp shooting and a resurgent Danny Green helped the Spurs decimate a James-less Heat in the fourth quarter and cruise to a 110-95 victory. San Antonio now leads the series 1-0.

James told a pool reporter he wanted to reenter the game after cramping up the second time, but coach Erik Spoelstra wouldn't allow it.

"I was going to try to give it a go and Spo said 'No,'" James said, per Jeff Zillgitt of USA Today. "It sucks at this point in time in the season."

James also said he felt more "frustration and anger" than pain, and was already feeling better.

"I'm feeling better than I did when I came off the floor," James said. "So, doing better."

Well, the meme machine will continue spinning and James will have to rehydrate. He and the Heat have two days to rest up and get their fluids before Game 2 on Sunday, where they’ll look to even things up in San Antonio.

As for the cramping meme, it’s nothing a few electrolytes and another championship trophy can’t cure. He’ll just have to remind everyone what "LeBroning" truly means. 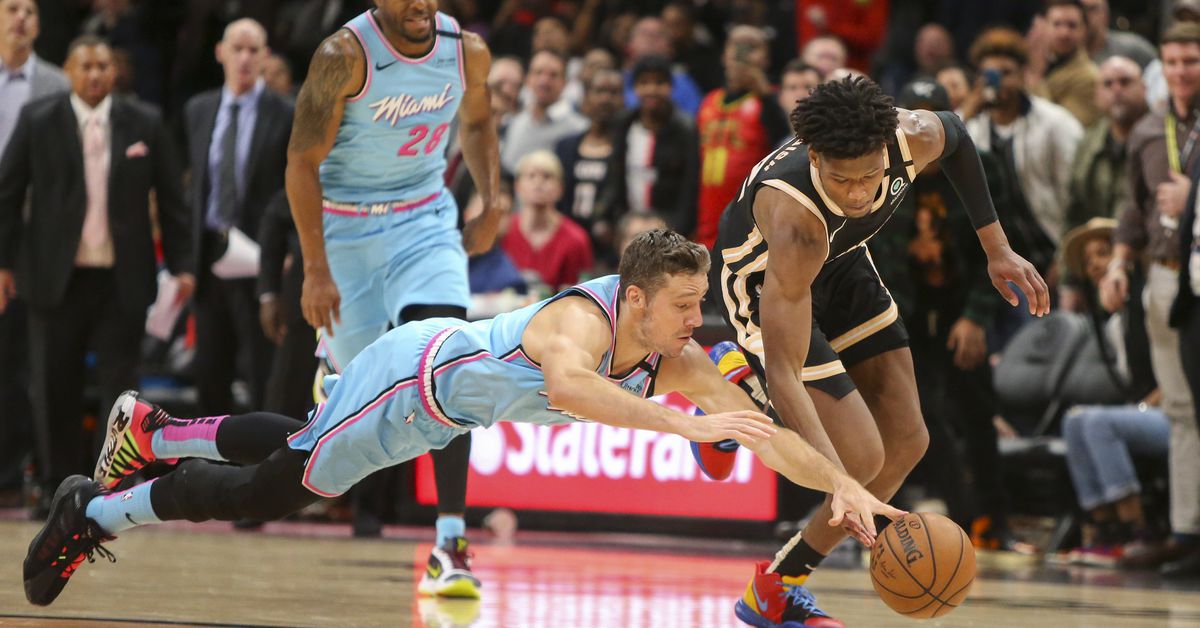