The biggest superstar in the American sports world on June 7 won’t be LeBron James. It won’t be Johnny Manziel. It won’t be Mike Trout or Clint Dempsey—or any other human being for that matter.

It will be horse racing rock star California Chrome.

California Chrome will take the main stage that day at the Belmont Stakes with a chance to become the first Triple Crown winner since Affirmed did so in 1978. California Chrome, behind near perfectly executed races from jockey Victor Espinoza, flashed his incredible closing speed at both the Kentucky Derby and the Preakness to set up this historic race.

Espinoza got California Chrome out of the gates fast enough at both stops to avoid being caught on the rail or falling too far behind, and then he simply stayed in contention until it was time to turn on the jets.

However, past successes don’t guarantee that the third leg of the Triple Crown will be easy for the champion horse. After all, there are plenty of challengers chomping at the bit to win a marquee race.

What’s more, the race track itself provides a stiff challenge. The Belmont Stakes is the longest of the Triple Crown races at a mile-and-a-half, which means California Chrome and Espinoza need to be careful not to dip into the closing speed too early and run out of gas.

The start will once again be crucial, but maintaining position over the long haul before kicking it into high gear may ultimately decide the race.

As for the actual field of competitors, Marcus DiNitto of Sporting News noted that it won’t be quite as deep as originally expected:

Intense Holiday and Ring Weekend have both been removed from the list of contenders that will try to derail the Triple Crown bid of the Kentucky Derby and Preakness winner at Belmont Park on Saturday, June 7.

Intense Holiday (12th in the Derby) sustained a condylar fracture of the right front leg and will undergo surgery. Trainer Todd Pletcher said the injury is not life-threatening and the colt should be able to race again.

Social Inclusion, according to owner Ron Sanchez, is 50-50 for the Belmont. The third-place finisher in the Preakness will also be nominated for the seven-furlong Woody Stephens and one-mile Metropolitan Handicap, both run at Belmont Park on Belmont Stakes Day. Sanchez expects to have a decision this week.

No Intense Holiday in particular will make things a bit easier for California Chrome, but Ride On Curlin is still in the field.

The son of 2007 Preakness winner and two-time Horse of the Year Curlin certainly has the pedigree of a champion. He finished just off the pace in second at the Preakness, and Stu Hammer of WOAY-TV pointed out how that performance could translate looking forward:

Ride On Curlin has finished in the top three in seven of the past eight races, including a third-place showing at Belmont Park in the Foxwoods Champagne Stakes, so he has settled into something of a groove.

It would only be par for the recent course if Ride On Curlin challenges California Chrome at the Belmont.

Another contender to keep an eye on is Commanding Curve, who just so happened to finish in second place at the Kentucky Derby as a significant long shot. After racing at Churchill Downs, he will likely not be spooked by the extra media attention that will be in place at the Belmont.

What’s more, Commanding Curve skipped the Preakness after the Derby showing and his third-place finish at the Grade 2 Louisiana Derby, so he should be fresher than California Chrome.

Commanding Curve’s owner, Terry Finley, discussed his horse’s chances, according to The Sports Network, via the Miami Herald:

He's big, strong horse who just seems to get better as his races get longer, so in theory the Belmont should be a perfect fit for him. We're in it to win it. Period. That said, if it's not our day on June 7, I'd be very happy to see California Chrome get the job done. He's an amazing horse with a touching rags-to-riches story. It just goes to show that a good horse can come from anywhere.

So it seems as if even the other horses’ owners have a soft spot for the Triple Crown storyline.

California Chrome will have to navigate fatigue from a grueling cross-country set of three races, a lengthy course that will likely sap every ounce of energy he has in the tank and a challenging field to win the Triple Crown.

If he can accomplish all that, he will deserve to go down in horse racing lore. 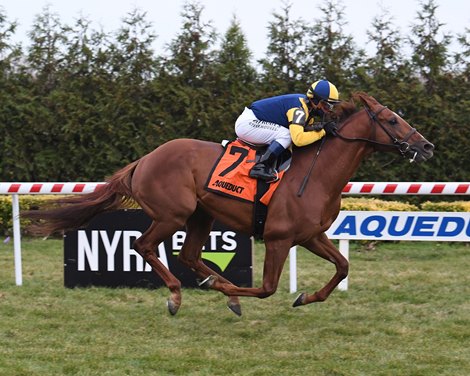 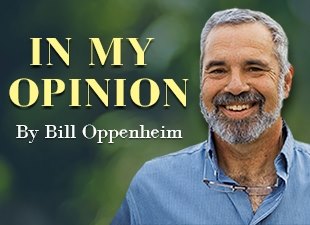 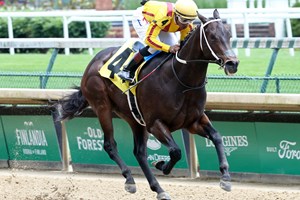